Pro-Kurdish rights activist Mark Campbell reflects on the shocking attacks by ISIS on the Yazidi community on this day eight years ago.

Eight years ago today, on 3 August 2014, fighters from the Islamic State in Iraq and al-Sham (ISIS, also known as Daesh) attacked the Yazidi community settled around Mount Sinjar in Northern Iraq. Within days, reports emerged of men and boys being executed in mass killings, and of women and girls, some as young as nine years old, being kidnapped and sold into sexual slavery.

I was not there at the time, but I will never forget the day. I was a social media activist supporting the Kurdish cause at the time. In 2011 I had founded the hashtag #TwitterKurds that exploded onto Twitter in the wake of the Arab Spring, due to the uprisings taking place in all parts of Kurdistan back then.

It was widely known amongst activists that Turkey was intent on unleashing ISIS on the newly liberated Rojava region, where Kurds had taken advantage of Syrian President Bashar al-Assad’s predicament of having to fight on so many fronts against insurgents as well as ISIS, already on its barbaric journey of mass killings and rapes against all who stood in their path.

ISIS’s over-the-top displays of savagery were designed to instil fear into all who stood against them. Interestingly, Kurdish activists were already very familiar with some of their tactics of beheading and limb mutilation, from years of what they call Turkey’s ‘Dirty War’ against Kurds in the country’s southeast, especially in the 1990s.

I was on Twitter when news broke that ISIS had left their bases in Mosul, Iraq, which they had taken over only two months before. The Iraqi army had fled, leaving behind ammunition and military vehicles for ISIS fighters to equip themselves with. With their new gear, the fighters headed towards Sinjar, seemingly invisible and conquering all that lay before them. Fighters from Syria also converged on the town of Sinjar near the mountain, and the dozens of villages surrounding it, and began what would come to be known as the Yazidi Genocide. 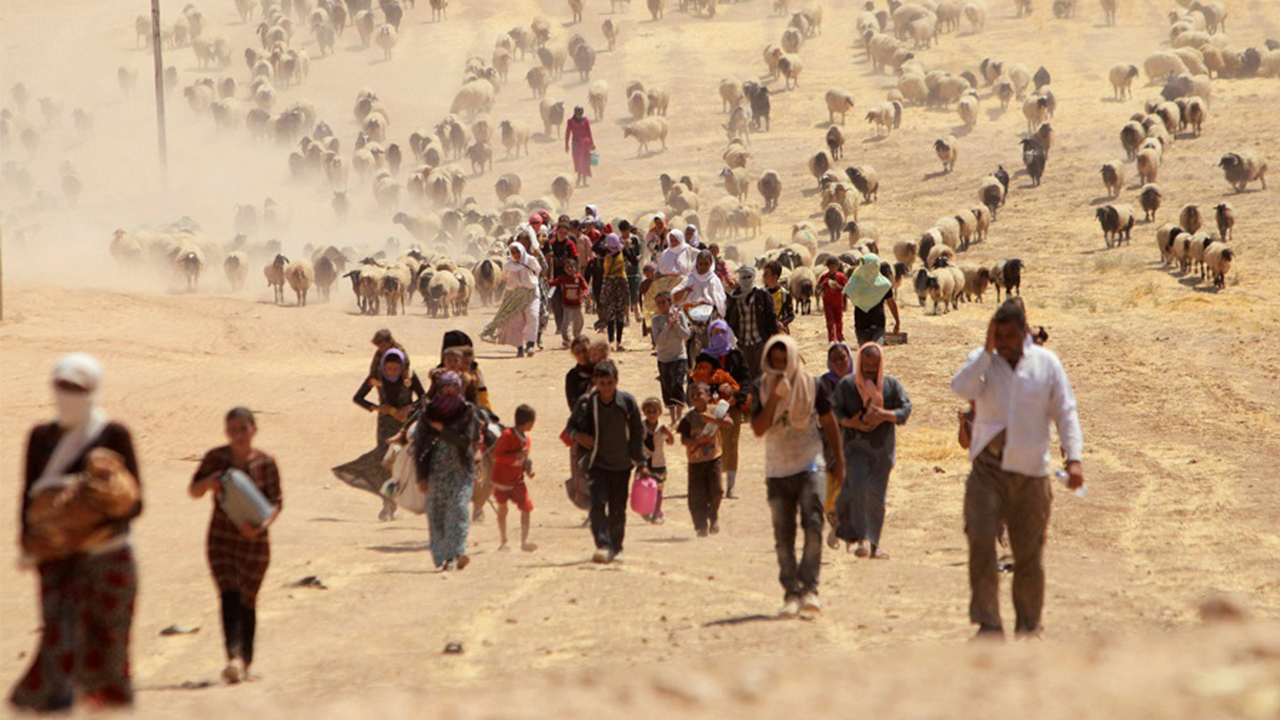 I remember one very clear image, burned into my memory: The head of an elderly Yazidi man with a white beard, draped in his headscarf, with no body attached to it. The photo was taken in one of the villages around Sinjar. The head looked like it came from a statue. Its expression did not look anything out of the ordinary.

My immediate reaction was to retweet the photo, but upon second thought I deleted it. I sat in utter shock and horror as more and more reports came in of atrocities in Sinjar. With rapes and mass killings, the reports only got worse in time.

There were also reports that Iraqi Kurdistan’s ruling Kurdistan Democratic Party (KDP) forces were fleeing the region in droves. The forces that were supposed to protect Yazidis from ISIS attacks were seen on televisions as they ran away, leaving the Yazidi people defenceless in the face of the barbarism and horror that awaited them.

The following days were full of reports on the crimes ISIS committed in Sinjar, and harrowing images of Yazidis fleeing to the Sinjar mountain range with little belongings, food or water. 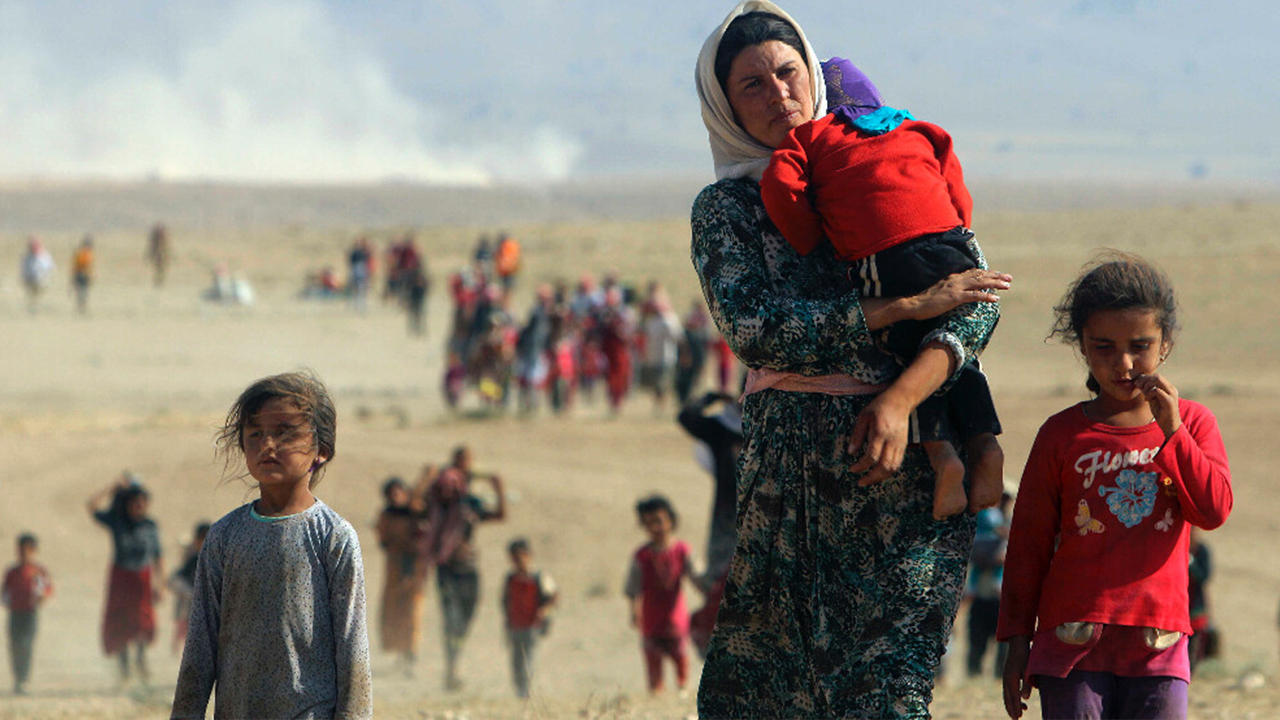 On Twitter there were widespread images of Yazidi boys and girls with rifles, trying to protect their families strewn out in long lines towards the mountains in stifling heat. Hundreds perished on the way from dehydration. All seemed lost in a whirlwind of despair.

The Iraqi government sent a few helicopters that managed to reach some of the Yazidis, while Washington and London debated how to evacuate the tens of thousands of people now trapped on Mount Sinjar, surrounded by ISIS terrorists.

But it was the arrival of Kurdistan Workers’ Party (PKK) guerrillas and People’s Protection Units (YPG) fighters that turned the tide. They organised the survivors and guided them back down from the mountain, taking them to safety through a humanitarian corridor they fought to keep open. The Yazidis were escorted to refugee camps set up in Iraqi Kurdistan and Rojava.

“God and the PKK saved us,” several Yazidis told reporters who came to the area.

Following the genocidal campaign against Yazidis, ISIS went on to lay siege to Kobane, a small Syrian Kurdish town on the Turkish border that has since taken on great significance for the Kurds’ resistance. The army of jihadists were out for infamy as the invincible ones. Kobane, however, turned out to be the beginning of the end for ISIS as Kurds put up a heroic resistance.

Kurdish-led Syrian Democratic Forces (SDF), YPG, women’s army YPJ, and support from the US-led Global Coalition against ISIS eventually defeated the jihadist organisation, with Kurds proving that it was possible to stand your ground, and that ISIS could in fact be defeated.

On the eighth anniversary of the genocide, Yazidis continue to face pressure by Turkey and Iraq to accept their dominance. Meanwhile, the Yazidi community themselves still remember who stood beside and fought to defend them. The struggle continues.