Flashback: 2022 for the Kurds – A panoramic view of cultural works

In the last of our flashback articles, we expand the focus from regional repression with global consequences to Kurdish cultural life. Kurds in Europe and the four parts of Kurdistan organised cultural events, once again amid military operations and restrictions in 2022. Concerts, festivals, documentaries, theatre plays and books marked these Kurdish cultural events. While prominent artists supported these artistic and political productions, countries like Turkey aggressively banned large numbers of Kurdish cultural productions and events. Medya News presented an outline of the cultural panorama for its readers.

The year 2022 started with a festival of “Serê Salê” (New Year) celebrations held in various provinces of Turkey on 13 January, considered to be New Year by the Kurds. However, the main festival of the Kurds is Newroz, which took place as every year on and around 21 March, when large crowds gathered for celebrations in many different settlements in Kurdistan. Tens of thousands of Kurds in Europe also rallied for their rights and freedoms, and for the release of the jailed leader of the Kurdistan Workers Party (PKK) Abdullah Öcalan during the Newroz celebrations.

As for Kurdish culture in Europe, the French capital hosted the first Paris Kurdish Cultural Festival over two weeks in May. The Netherlands then hosted the 30th Kurdish International Cultural Festival in September, demanding freedom for Abdullah Öcalan. In the second half of the year NGOs, lawyers and human rights organisations in Turkey as well as European lawyers stepped up their campaign against the isolation imposed on the Kurdish leader.

The final major Kurdish cultural event of 2022 was Kurdish-controlled Syrian areas celebrating Christmas, wishing for peace and plurality and observing rituals, hymns and prayers in churches and in the streets. But this was sadly overshadowed by an armed attack against the Ahmet Kaya Kurdish Cultural Centre in Paris, leaving three dead and three injured on 23 December.

Kurds in Europe organised many music festivals and came together with European supporters for the freedom of Kurds and of Abdullah Öcalan. Festival-goers from European countries met in Rome on 18 September for the music festival “A Time for Hope: Freedom for Öcalan”.

Turkey frequently prevented Kurdish musicians from performing and meeting their audiences in 2022. Kurdish music faced various obstacles when the Turkish authorities cancelled the concerts of many musicians like Aynur Doğan, Metin Kemal Kahraman and Mikail Aslan and stopped them from playing in festivals. A group of Kurdish musicians from Istanbul’s Mesopotamia Cultural Centre (MKM) gathered in Istanbul’s lively İstiklal Avenue to hold a musical protest against the recent repressive measures on Kurdish language and arts on 21 June World Music Day. In October, Turkish police arrested a Kurdish musician Sarya Ertaş in Diyarbakır (Amed) on unspecified charges. A district governor’s office in Turkey banned a concert of a Kurdish culture and arts organisation in Istanbul in December, claiming that the event would “cause disruption of public order and general security”.

Musician Roger Waters and American intellectual Noam Chomsky called on Turkish President Erdoğan to release Nûdem Durak, a Kurdish singer who was arrested and sentenced to 19 years in prison for her songs. Together with exiled actress Golshifteh Farahani, the British rock band Coldplay performed an Iranian protest song written for Jîna (Mahsa) Amîni, a Kurdish woman who was killed by Iranian morality police.

Hunergeha Welat, a Qamishli-based cultural centre, released a video clip on 13 November to highlight recent allegations of Turkey’s use of chemical weapons against Kurdish fighters.

Kurds behind the camera: a series of movies and documentaries

The year 2022 hosted fertile productions as Kurdish movie-makers from different parts of Kurdistan worked hand-in-hand with European ones. While new initiatives like the Rojava Film Commune continued their cinematic works, Kurdish film festivals in Europe drew many spectators from different countries.

The documentary, “Kobane: To Stand Up”, written and directed by Ferran Domènech Tona, has been released. “Blackberry Season”, a screen adaptation of a novel based on the personal experiences of a Kurdish fighter, was screened on 21 May in Paris and Cologne. The documentary shows that some have fervently embraced the social changes in North and East Syria, while others are thinking of emigrating to Europe. Another film, “Kobane” was written and directed by Özlem Yaşar, and produced by the Rojava Film Commune. Rojava Film Commune traces the development of Kurdish cinema since 2015, and the influence of Cannes award winnerKurdish director Yılmaz Güney in shaping the growing industry.

It is necessary to add that the Yazidi people have inspired movie-makers all around the world. A documentary depicting the story of Yazidi women through the eyes of a genocide survivor who becomes a fighter for freedom, “Hêza” (“Strength”) by Derya Deniz, won the Don Quixote Award at the Melgaço International Documentary Film Festival (MDOC) in Portugal. Also “Letters from Sinjar” (Nameyên ji Şengalê), a film framing the pain, hope, difficulties and struggles of Yazidi women in Sinjar during the reign of and liberation from ISIS, was screened in northern Syria on 13 November. “Angels of Sinjar” by Hanna Polak, focusing on the 21st Century Yazidi genocide, has been granted two awards in the category of creative documentaries at the 20th FIFDH in Geneva.”

Kurds in literature, theatre and books

Kurdish publishing houses such as Lîs, Avesta and Peywend mostly based in Istanbul published new Kurdish novels and stories. In addition to classical writers of Kurdish literature, new authors have also appeared. Comparative Literature Days which focused on the role of Kurdish literature were organised in Diyarbakır in October. Magazines like Golik, Destar, Popkurd, Nûbihar and Dilop hit the shelves.

Numerous Kurdish politicians who have been imprisoned since 2016 with the failure of the peace process between the Turkish authorities and representatives of the Kurds also contributed to literary works.

A number of books by various Kurdish political prisoners were presented at a book-signing event organised in Turkey’s Kurdish-majority city of Mardin (Mêrdin). The imprisoned former leader of the pro-Kurdish Peoples’ Democratic Party (HDP) Selahattin Demirtaş’s book “Seher” (Dawn) inspired a Netflix Taiwanese serial “Shards of Her”. A new book edited by the jailed former co-mayor of Diyarbakır, Gültan Kışanak, “The Colour Purple of Kurdish Politics” (Kürt Siyasetinin Mor Rengi) which was set to teach the world something of the determination of Kurdish women was translated into English. Another imprisoned Kurdish politican and doctor, İdris Baluken, wrote another book entitled “Letters From Sincan to Edirne” which portrays his diaries and memories. Twelve internationalists who travelled to Rojava (West Kurdistan) in north and east Syria have written a book entitled, “Nous Vous Écrivons Depuis la Révolution” (We Write to you of Revolution). 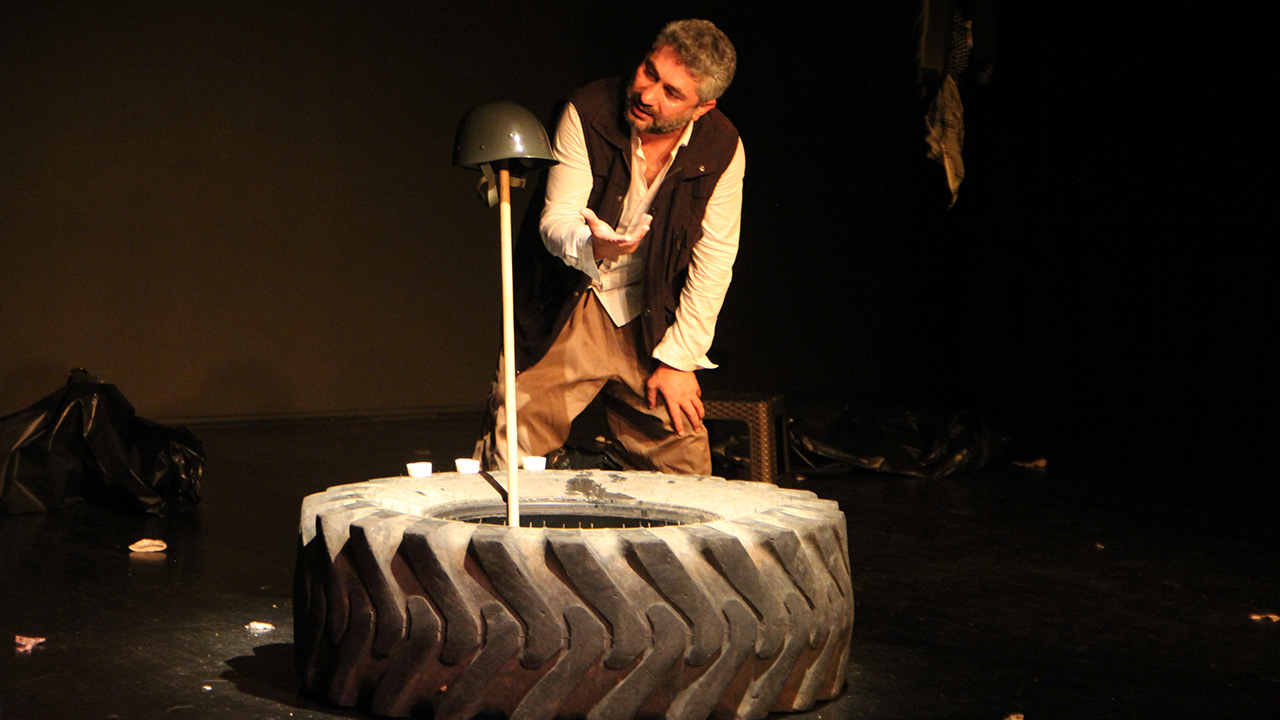 Turkey’s perceived levels of corruption at highest in decade: report

Turkey’s perceived levels of corruption at highest in decade: report