The Ak family is one of the families that has not left Diyarbakır’s war-shattered district of Sur in Turkey since the curfews and conflicts that began in 2015. Living homeless for five years now, Mehmet Ak said: “Erdoğan bombed, destroyed and took our home. We have been living on the street for five years now, but we never left Sur. If this is not resistance, tell me what is”.

A few women sit on the ground, drinking tea, in front of a tiny shop (‘bakkal’) in Alipaşa neighbourhood, which is reached by following Sur’s labyrinthine streets. One of them, Mevlude Ak, is an elderly woman wearing a white scarf, which is characteristic of Kurdish mothers. When MedyaNews asked her for a glass of tea, she smiled and welcomed her guest warmly. “We have suffered a lot, seen a lot, lost our home. You see, we live on the street; I have slept inside (showing her bakkal shop) for five winters and five summers. Nothing got better after the war”, said Mevlude. Other ladies sitting alongside her were her daughter Zozan, in her early twenties and her son’s wife, Dilara (29). As tea glasses were emptied and filled, it was revealed that each of them had not only tea, but also a story to share. 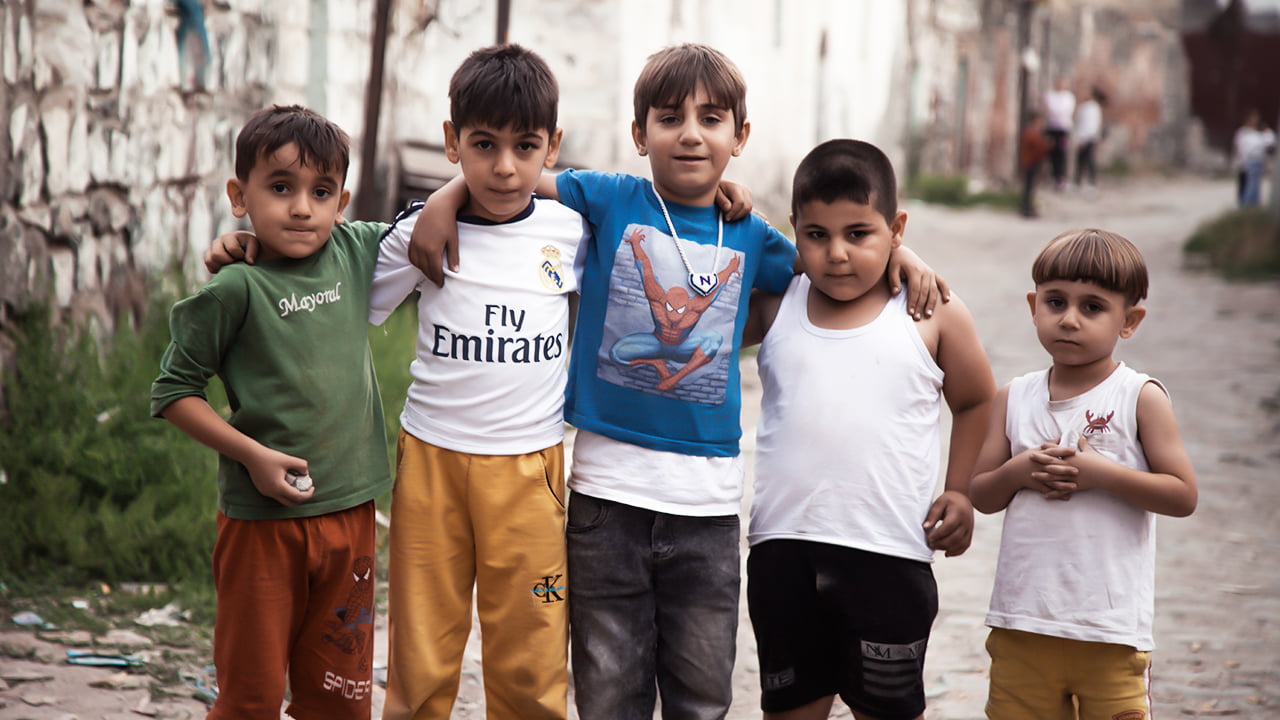 Many Kurdish-dominated cities in Turkey had become the scene of 24-hour curfews that were declared by the Justice and Development Party (AKP) from 2015 to 2017, who waged a war with the Kurdistan Workers Party (PKK) after two years of peace negotiations. The Turkish state has been in bloody conflict with the PKK for over three decades.

The longest period of curfews that took place were in Sur, Cizre and Silopi. Sur is an ancient site in Turkey’s south-eastern province of Diyarbakır – known as the unofficial capital of Kurds, where most citizens call the city ‘Amed’.

Sur has suffered from that war and the destruction that took place since 2015 when Turkey’s military went in with tanks, special operations troops and heavy weapons. There are still families living under harsh circumstances in Sur who are waiting for the authorities to hear their voices. MedyaNews reached one of those families and listened to their story. The story of the Ak family’s life in five years after the war in Sur is a living example of a well-known Kurdish slogan, ‘Berwxwedan jiyane’, meaning ‘Resistance is life’.

The Ak family has been living in one of Sur’s most devastated neighbourhoods, Alipaşa, eighty-percent of which has been demolished under the name of “urban renewal”. They have been through all the stages of the deadly battle waged by the attacks of Turkey’s military forces.

“Erdoğan bombed, destroyed and took our home. I told them I would never leave my home. They detained me. All my children were detained back then. They were targeting my grandchildren from the armoured vehicles, throwing gas canisters. When the machines came down to tear our house down, we did not let them. I told them to kill me, but I will not leave my neighbourhood. We threw stones, that is the truth: we resisted and we still do. We have been living on the street for five years now, but we never left Sur. If this is not resistance, tell me what is”, said the Mehmet Ak, the father of Mevlude’s five children. 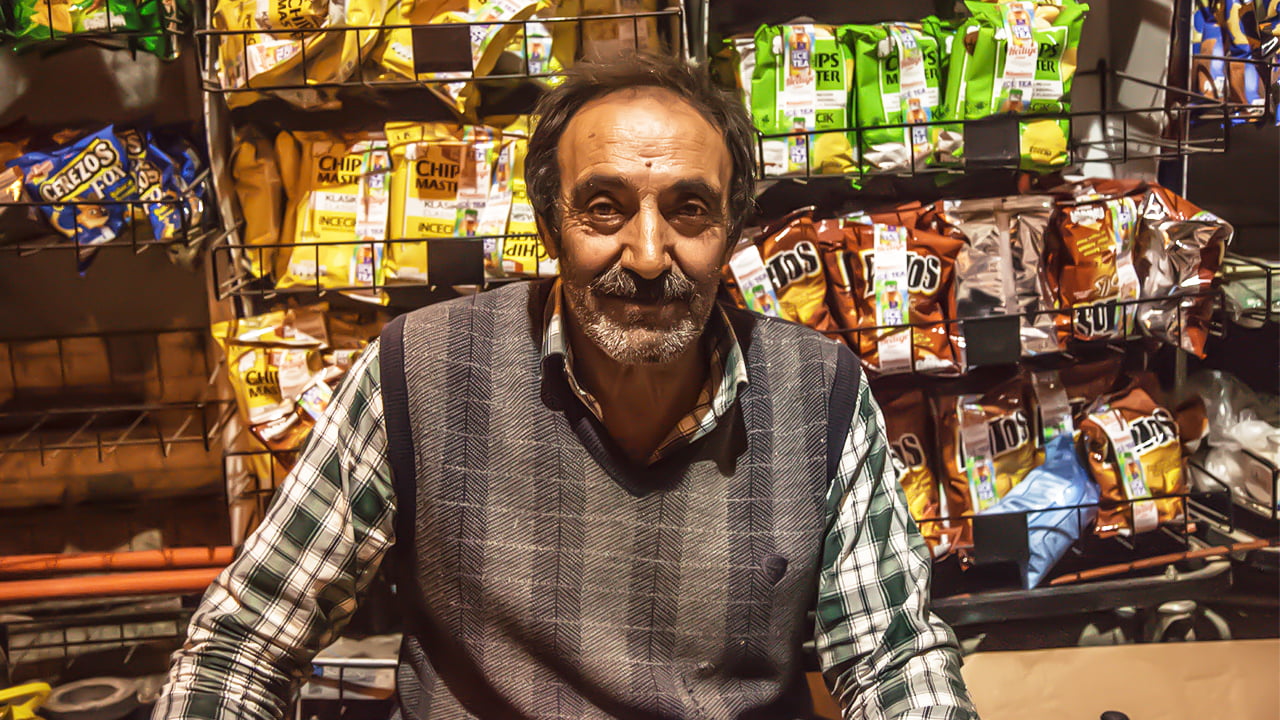 A wall divides not just two streets but two worlds

Brand new constructions of urban renewal rise just across their bakkal shop, divided by a wall of steel, which seems to divide not just two streets, but two worlds. All the conversation with Mehmet Ak took place right beneath this steel border. Would the families in Sur be the owners of these villas? “They paid 38,000 liras for my torn-down home. They say they will sell them for 400-500,000 liras. How can we find that kind of money and buy those houses when I collect junk and can barely feed my family?”

Turkey’s Minister of Environment and Urban Transformation visited Sur in July 2020. Did he visit Mehmet Ak or his family?: “No”, he replies. “No one talked or met with us. Ministers come here, but they only show up on the main roads and see a few contractors. They do not come to see the people”. When AKP MP Mehdi Eker came to visit Sur, Mehmet Ak wanted to talk to him, but the police pointed their guns at him. “I ask for my rights but I see guns in my face. Enough, we want peace. They have also put our parliamentary members behind bars. The soldiers are ours and the ones on the mountains are also ours. Bring peace and let them come down from the mountains then”, Mehmet Ak noted.

Mehmet Ak demands that his voice is heard by the international community and the Turkish state: “They demolished my home. Give me my home back. I want a nest, a roof on top of my family. And I want peace. We have wanted peace for years. Mothers of the soldiers and mothers of the PKK cry out because of this war. We want no mothers to cry”.

Dilara Ak was born in Mardin Kızıltepe. She came to Diyarbakır’s Sur as a bride and she gave birth to her twins when the clashes in Sur began. The house she lived in Sur was hit by a bombshell and she still lives in this house, which is half-demolished and almost about to come down. “We had to leave during heavy clashes”, she observes, “but we came back and our home was torn down. No doors, no windows. I tried to tidy up the place, but another bomb fell on top of our roof. We could barely save our lives”. 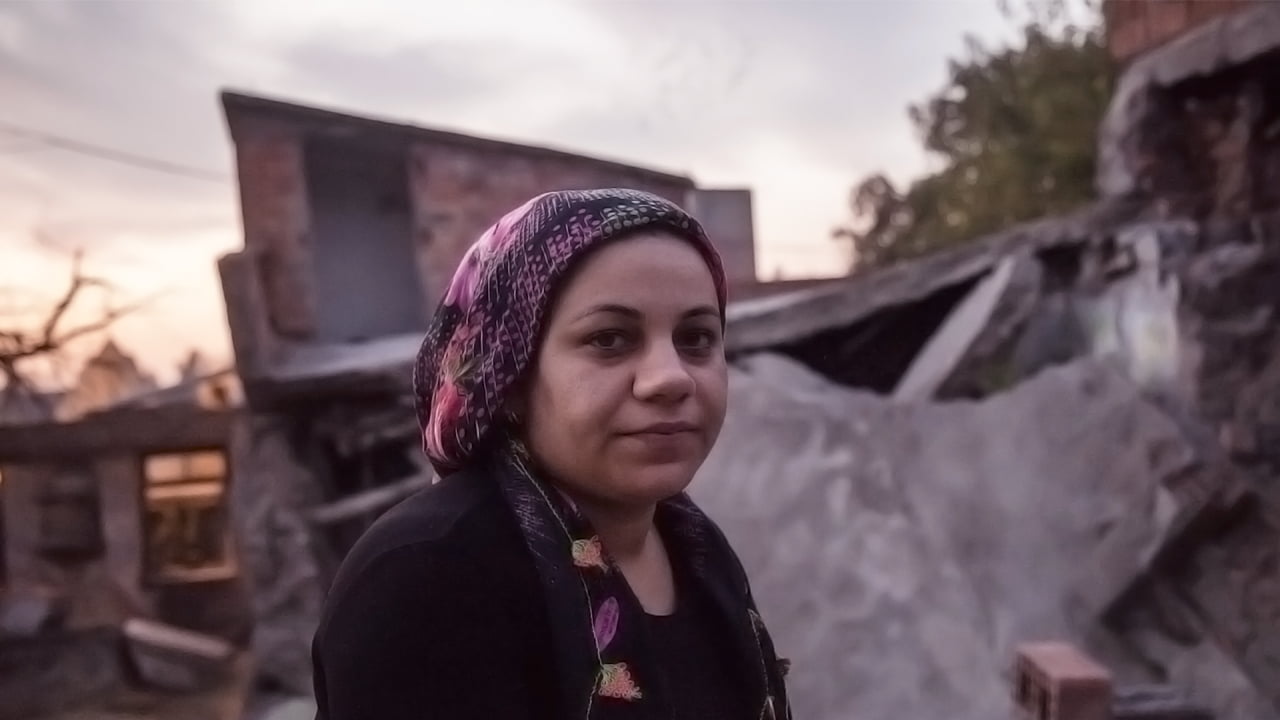 Dilara Ak was about to deliver her baby during the month when the war in Sur began. To be caught in between fire as a pregnant woman, she states, “was so hard. After that birth, we never smiled. One of my twins was taken in intensive care in an incubator. My husband lost his job in Diyarbakır Municipality. We lost our home. My children still have many health problems all caused by the stress of those times. After that bomb hit our home, we lost everything”. 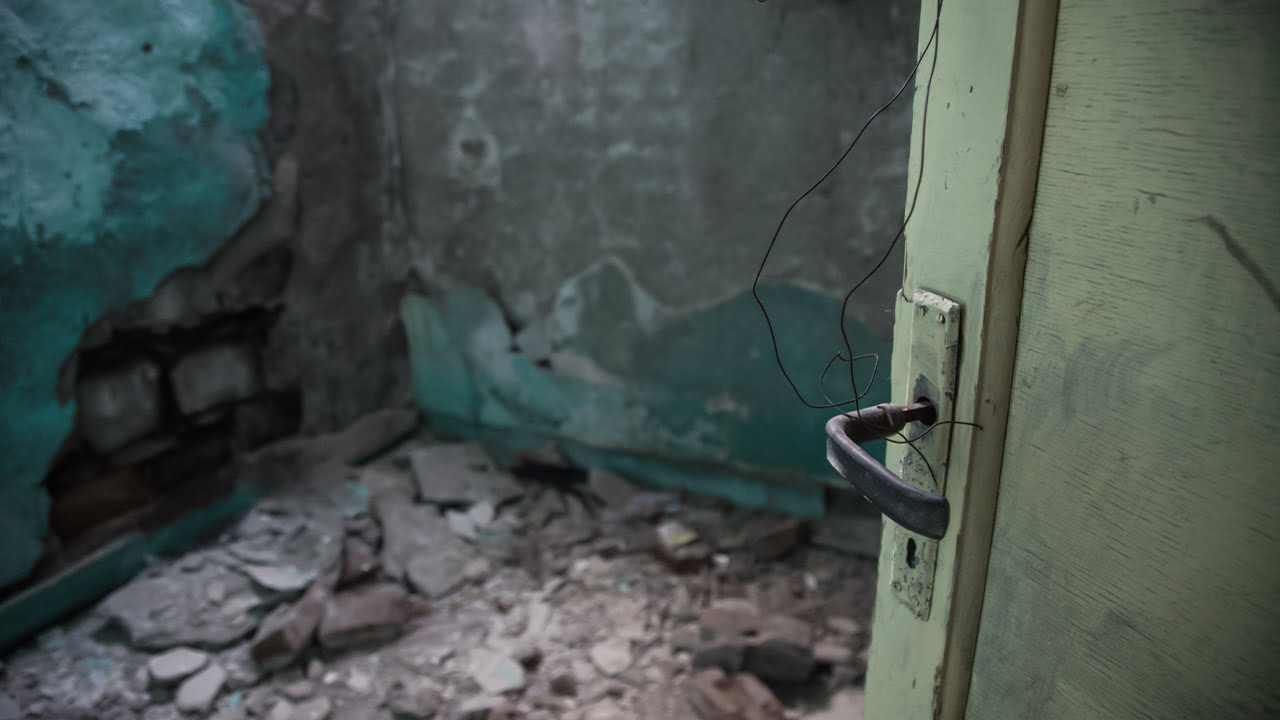 Dilara says that none of the people in her neighbourhood benefited from any advantages to be relocated in the new buildings constructed as part of the urban renewal: “The state helped us? Never. Absolutely nobody has seen any support. They tell you there will be urban renewal and you have to give your home. This is an obligation. Actually, there was solidarity amongst us and we have all tried not to give up our homes, but when some families accepted, the others had to follow them too. If we had a little more support, would they say OK? No, never. No one in Sur gave their home to the state with a free will, the state forced them into this”. 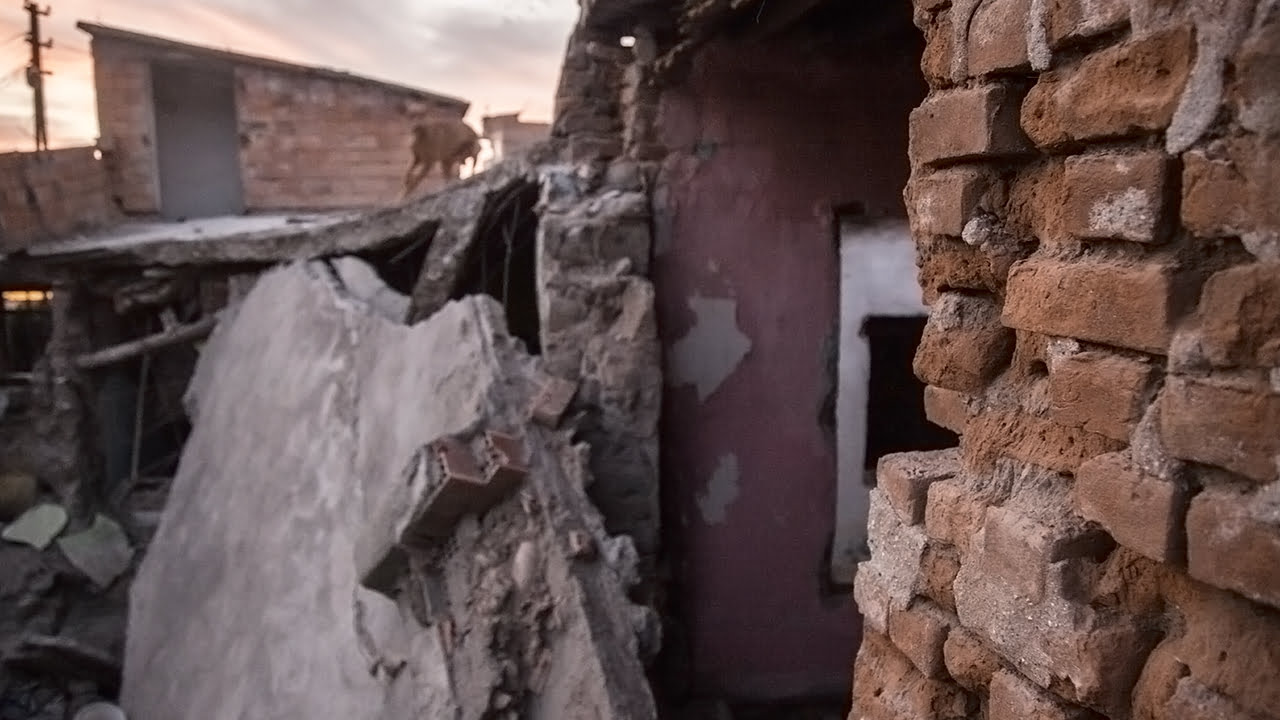 There is something untold, imprinted in her anxious gaze when she looks at the new villas that are seen so visible from her half-torn roof top, where she tells her story. “That part seems so beautiful, villa-type homes, gardens and all that green. Yet, on this side – everywhere is in ruins. I wonder what it would be like when the children of that side and this side come together. I think we will experience more problems in the coming years than we have already seen within these five years”.

Zozan: ‘I want the state to actually see us’

Zozan is the second youngest daughter amongst the five children of the Ak family. She has spent all her nights wide-awake over the past five years since the war. “I stand vigil at nights and sleep in the morning when my parents wake up. Since we have no doors in the shop, usually I and one of my sister’s-in-law wait together outside to maintain security as they sleep inside”. 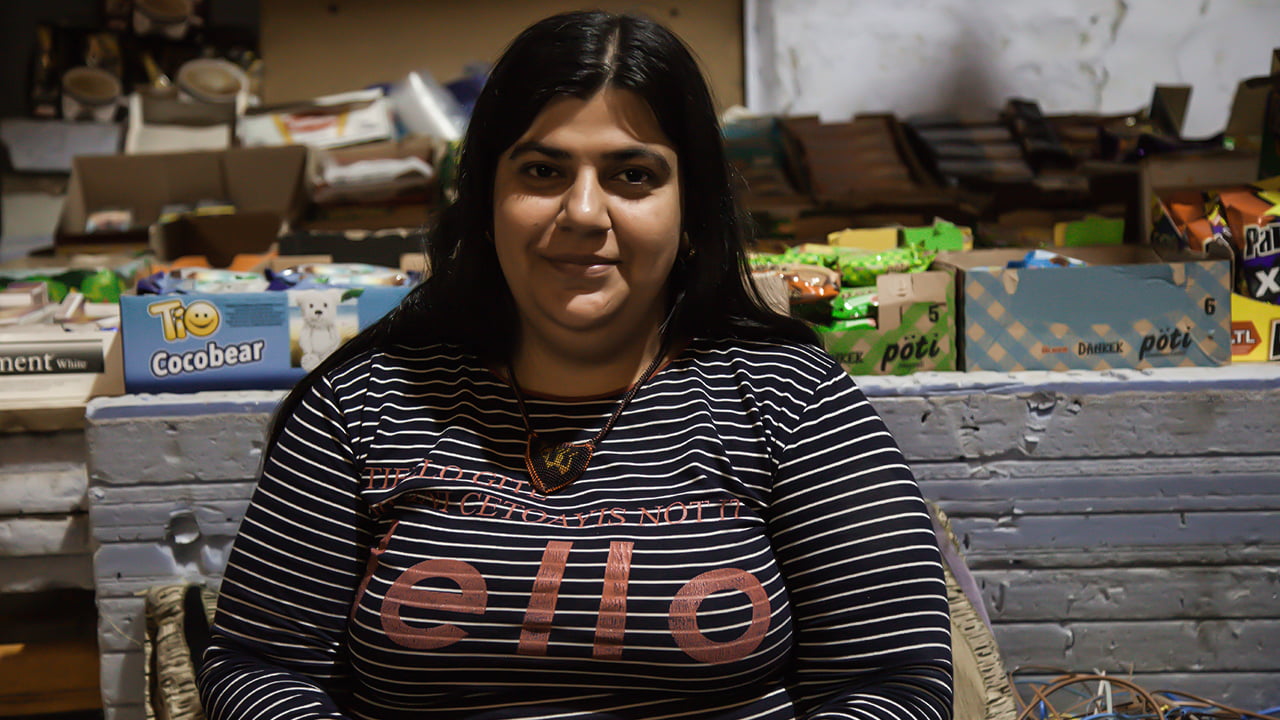 “Erdoğan tells us that we have built houses and given them to their owners. No such thing has happened here. They didn’t build the new houses for us, but for themselves. Our home is gone and our suffering has never ended”, Zozan explained. She added: “These five years have meant night vigils for me. Sometimes, I wait alone. As a woman, I have my own fears. At night, everything is silent at times. This is Alipaşa, where drunk people pass by. Sometimes, I am verbally harassed. I feel afraid”. 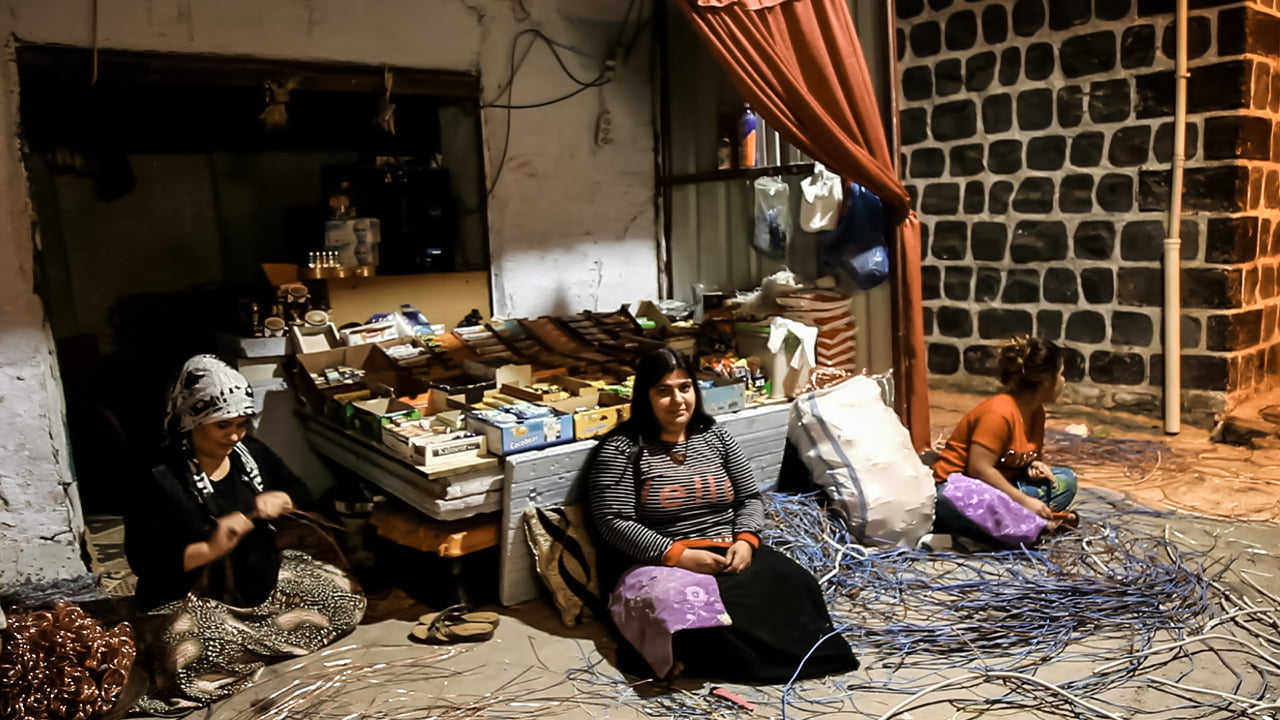 Zozan demands “a home with a door. So that I can close my door and sleep at night. I miss my sleep at night. So many people with cameras have come by within these past five years, but nobody saw us. I want the state to actually see us. They have been recording us with cameras all these years. However, they never see us. And I don’t want to die on these streets, but I want to live”.