A Newroz fire lit by three young man at Van Castle in 1991 continues to bring hundreds of thousands of people together around the castle today.

Banned as a sign of a softening towards the Kurds after the establishment of the Republic in Turkey, Newroz became a powerful symbol of Kurdish resistance.

In 1982 a political prisoner by the name of Mazlum Doğan carried out a protest with three matchsticks in Diyarbakır Prison on the night of 21 to 22 March, and today Newroz is celebrated with hundreds of thousands of people. Initially celebrated with small-scale events in rural areas and city centres, since 1990 Newroz has become more and more of a mass event.

The first time the public intervened in how Newroz should be celebrated was in 1991. The People’s Labour Party (HEP)’s celebration of Newroz by lighting candles in a rented restaurant was met with great acclaim.

The response of the people was to light fires in many parts of the city and in the villages. Hundreds of people came to the party building the day after Newroz objecting and saying that the celebration should be held outside in the streets and squares, not indoors. 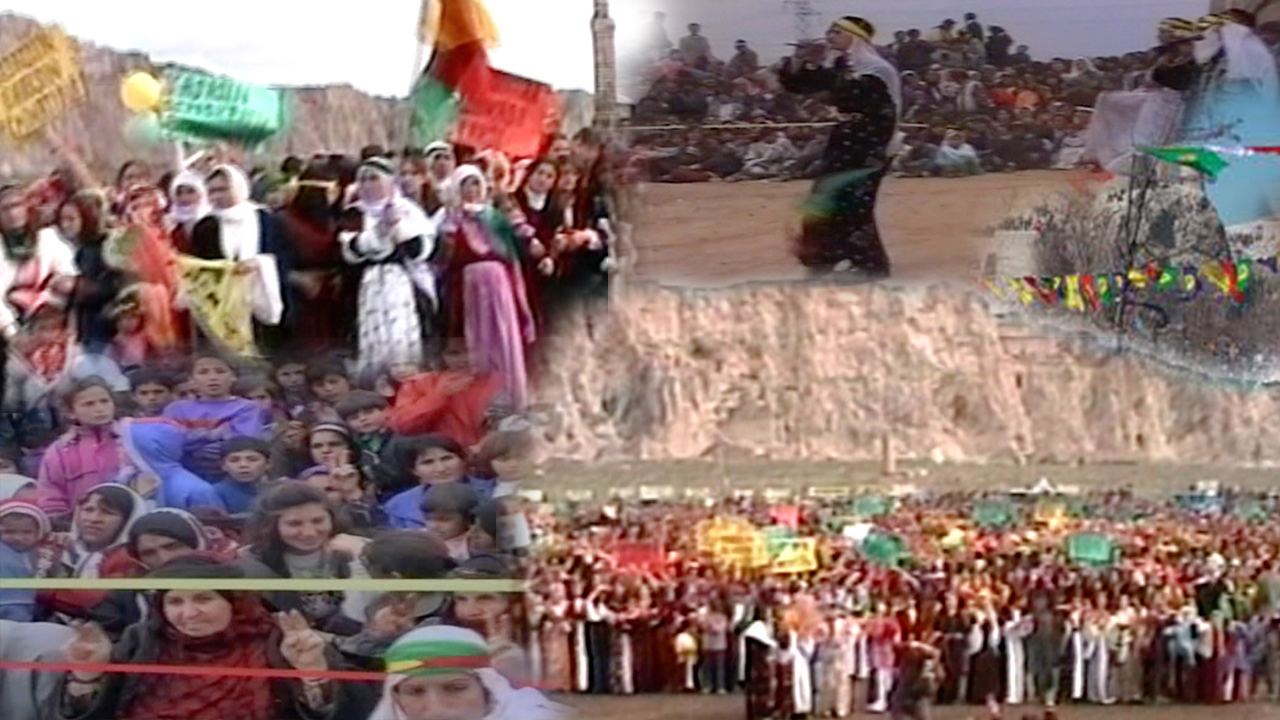 After this public reaction, it was decided to celebrate Newroz 1991 in the streets, the neighbourhoods and the villages.

However, the State of Emergency Regional Governorate and the Van Governorate both announced that the celebrations were absolutely forbidden and that the police would intervene in any celebrations that were held. The people refused to listen to this prohibition decision, and started lighting fires in all the city suburbs on the night of Newroz.

The first fire in the Van Castle

The peak point of the 1991 celebration took place at Van Castle, where hundreds of thousands of people still meet today. At a point when celebrations and police interventions were continuing in many parts of the city, a blazing fire was lit at the highest point of Van Castle.

The fire was seen from almost every part of the city, and took the celebrations to another dimension altogether. It took several hours after the intervention before the fire lit at the castle could be extinguished.

On the morning of 21 March 1992, thousands of people from all parts of the city came to the HEP branch building and said that they would hold the celebrations on the streets. When the crowd gathered in the side streets, the police and military intervened. One person died and hundreds were injured in the police intervention. That day may go down in history as the day when more detentions and arrests took place in Van than on any other day. According to unofficial data, 700 people were detained and 300 were formally arrested. 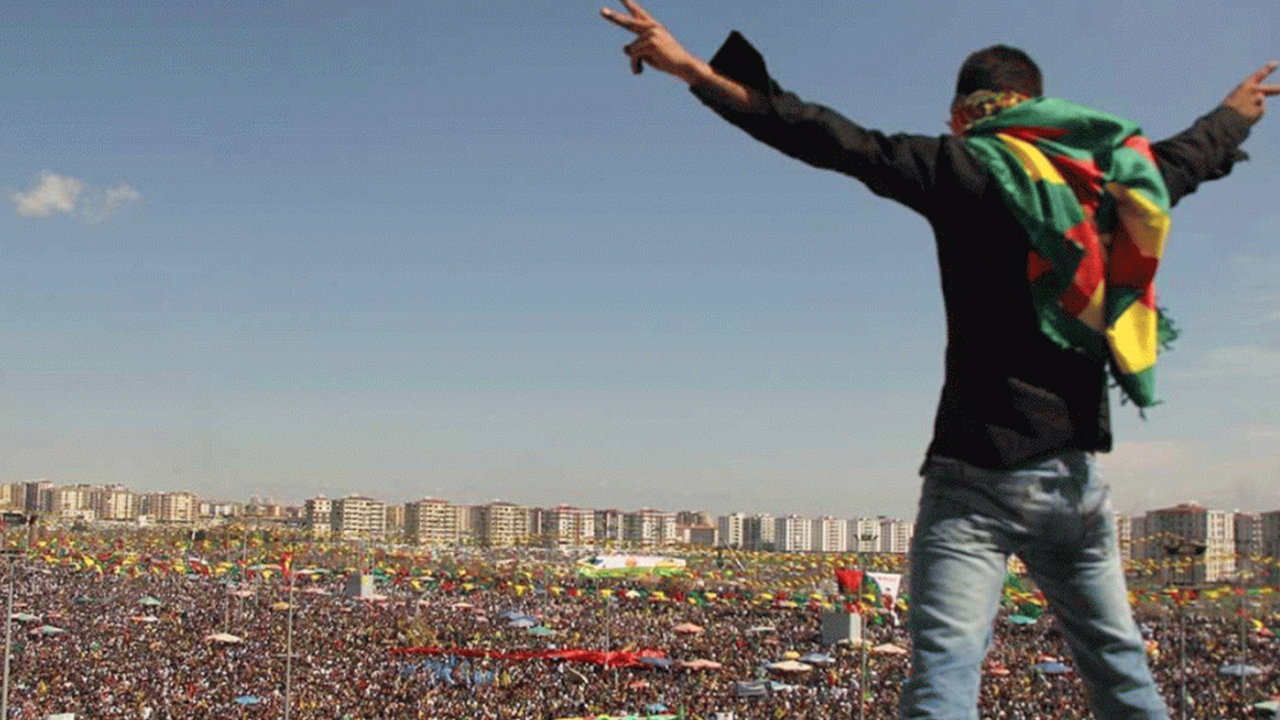 In 1993, the people decided to hold the celebrations in many parts of Van in protest against the detentions and arrests of the previous year. Again, as in other Newroz celebrations, fires were lit in all the city suburbs, in the streets and in the villages. In 1994, a decision was made that “everyone should celebrate at home” to prevent massacres. Fires were lit outside almost every house on Newroz Day, and in the villages people lit fires on the rooves. In 1995, 96 and 97, Newroz was celebrated at people’s homes instead of on the streets.

Governorate offered to celebrate together

In 1998, a change took place in the Newroz celebrations in the city. Before 21 March, the people came to the People’s Democracy Party (HADEP – successor party to HEP) and demanded they make a call for a mass celebration of Newroz. Thereupon, an organising committee was established and an application was made to the governorate. After the application, the Van Governorate made a proposal to the organising committee members to celebrate Newroz together. With this proposal, the state officials intended to celebrate Newroz as “Nevruz” and change the celebrations to to how they wanted them to be. The public opposed the proposal. The people even made a small protest, stating that such celebrations would be against the spirit of Newroz.

After this proposal was declined, the governorate announced that the celebrations would not be allowed. But on the morning of Newroz, the people gathered outside the HADEP building anyway. The police intervened, and after the intervention, fires were lit in almost all the streets of the city. Protests were held after one woman was injured and many people were detained. Hundreds of people were injured in the protests that lasted until morning.

Youth set fires with their clothes

Newroz of 1999 was more than a celebration, it was a continuation of protests that had been going on for months due to the capture of Kurdistan Worker’s Party (PKK) Leader Abdullah Öcalan through an international conspiracy.

The organising committee made a statement the day before Newroz and left the decision to the initiative of the people. On the morning of Newroz, hundreds of people took to the streets and avenues leading to the HADEP building and started their protest actions. On Sanat Street, all the shopkeepers in the city downed shutters and joined the protests. Eight youths took off their clothes and used them to light the Newroz fire. Dozens of people were injured when the police intervened in the protest.

Organising committee and party members who went to the area around 05.00 on Newroz morning, observed that the area was hemmed in by hundreds of soldiers and police. Despite this hundreds of thousands of people gathered at the castle for Newroz that year.

In the 2001 Newroz, a stage was set up and an artist gave a concert for the first time. Until 2007, Newroz celebrations continued to be held in the same place with hundreds of thousands of participants. 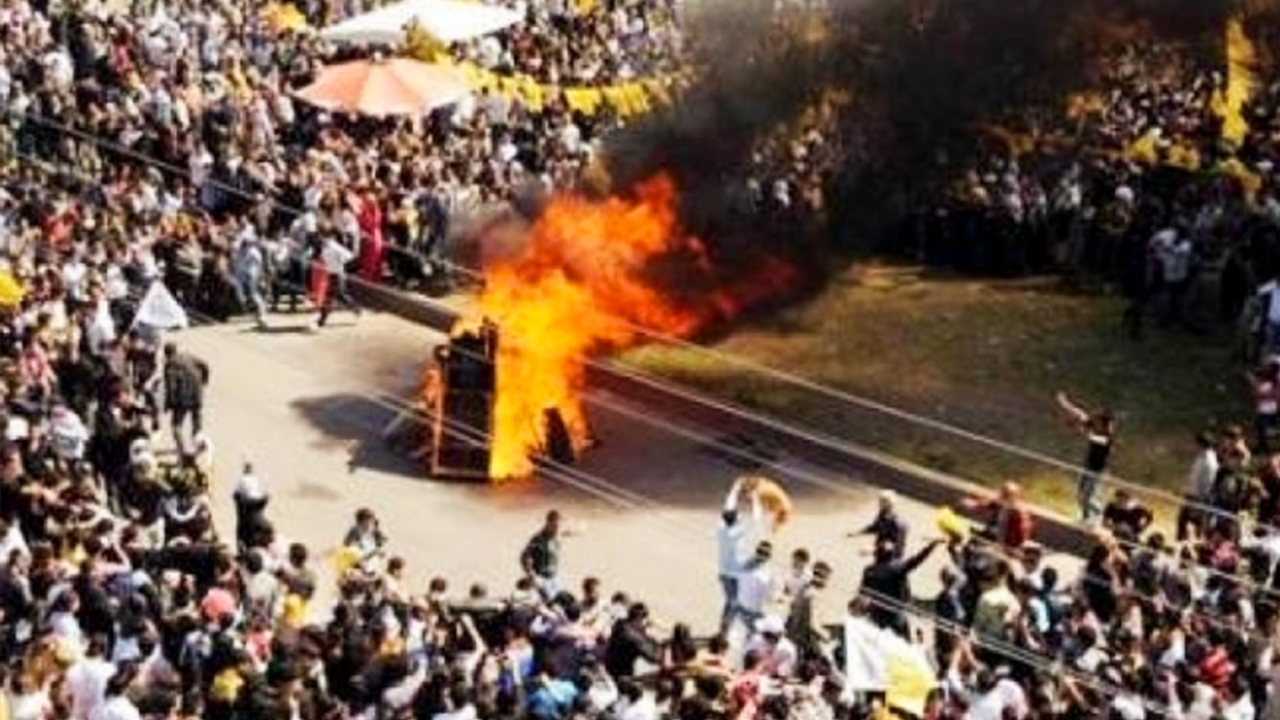 In 2008 the Newroz celebrations were banned by the Van governorate. The Democratic Society Party (DTP – a successor to HEP and HADEP) administration stated that they would not comply with this decision, and, when negotiations held in the following days did not yield any results, announced that they intended to celebrate Newroz on 22 March on Cumhuriyet Street, the busiest spot in the city centre.

Threat from chief of police

Tension increased following the Van governor’s statement, and the day before the celebration, the Van Police Chief of the time Salih Kesmez made a threatening statement, saying, “We have new weapons for community incidents. You will see these weapons tomorrow.”

On the morning of 22 March, thousands of women, young and old people from almost all quarters of the city, took to the street where Newroz was to be celebrated. When in the following hours the numbers in the crowd exceeded tens of thousands, the governorate and police officials again met with the DTP members and demanded the that the people return home. But even as negotiations were continuing in the Governorate, the police intervened in the crowd gathered outside the DTP branch office.

The meeting was then ended, and DTP members came back to the branch office with the message, “Every street in Van is now a Newroz area”, fires were lit and people started to dance the halay (a traditional dance). At this point, there was a second intervention by state forces against the crowd.

During this intervention, dozens of women dressed up in bright clothes for Newroz were beaten with batons and planks by the police. When word of this got out, fires were lit in almost all neighbourhoods and streets of the city. A citizen by the name of Zeki Erinç lost his life and 130 people were injured in subsequent clashes with state forces. One of the injured, Ramazan Dağ, died a week later at the hospital where he was being treated.

The protests continued through 22 and 23 March and increased in size on the day of Zeki Erinç’s funeral on 24 March. Erinç’s body was taken from the hospital morgue and he was buried in a ceremony attended by 50,000 people. Tens of thousands of people marched towards the city centre again after the funeral. Many people were injured when the police intervened in the march too. 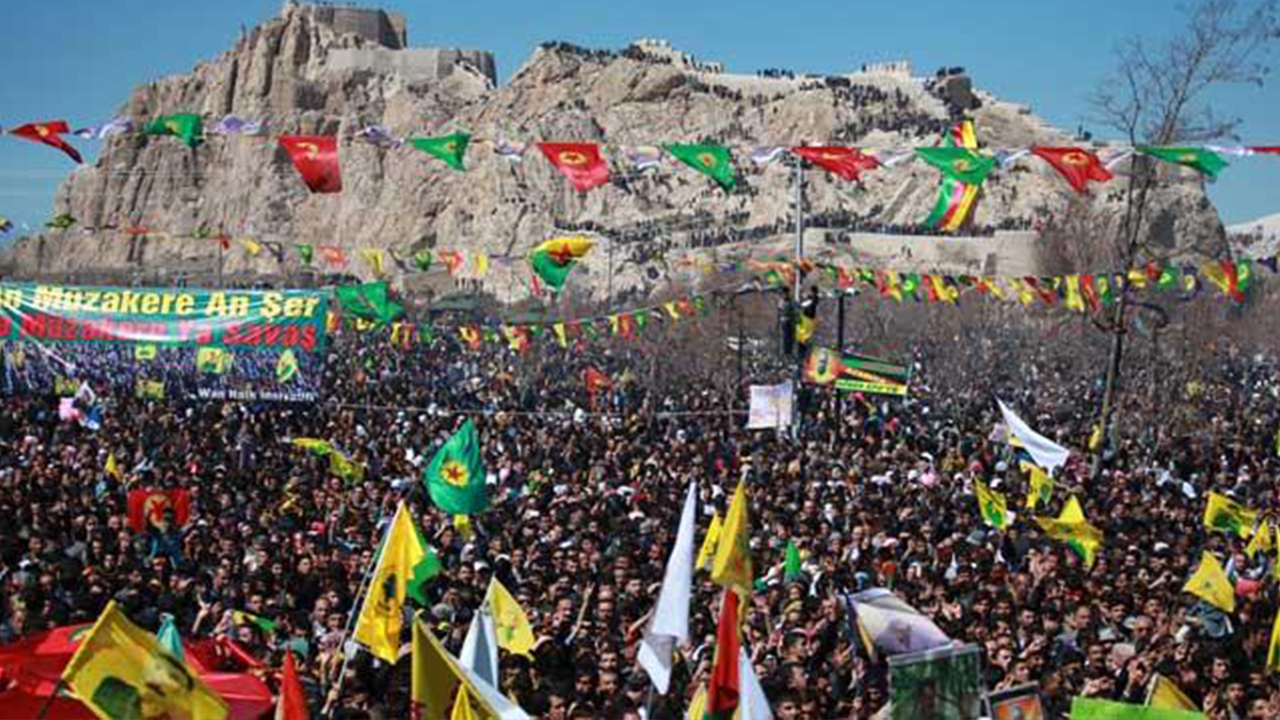 From a spark to hundreds of thousands

Celebrated in neighbourhoods, villages and streets in the 1990s, Newroz is getting bigger every year. Today it is again being celebrated with hundreds of thousands of participants around Van Castle. The fire, which was lit by three young men at the highest point of Van Castle in 1991, continues to grow today.