On the anniversary of the death of Kosta Scurfield, nomme de guerre ‘Kemal’, who was the first UK volunteer in northeast Syria, Medya News shares the previously unpublished notes of Kosta’s father, Chris Scurfield, who visited northeast Syria in October 2018 to investigate the events leading to his son’s death.

A week in Rojava, this was not going to be a problem. I had been there before, and it was three and-a-half years since my son, Kosta Scurfield, died in a village called Xelil.

So many of the last 175 weeks had been spent in stunned grief and confusion, and now I was at last able to get my pre-conceptions and ill-thought-out assumptions ironed out and laid to rest. 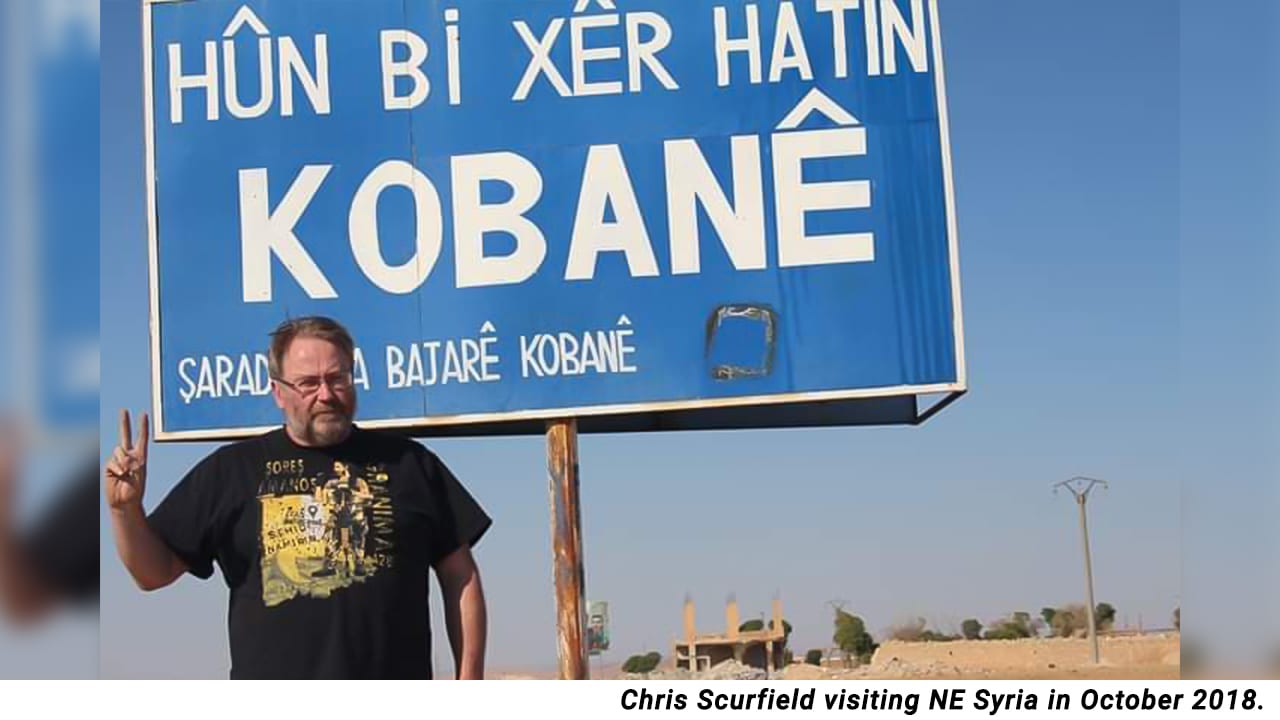 Assumption number 1: My son, Kosta, went to fight for the Kurds.

Well true he did, but I found out that he very quickly learned that he fought for the Kurdish-led defence forces of the Autonomous Administration of North and East Syria, including all the multi-ethnic and religious communities who held the essential key to the unification of all the peoples of Northern and Eastern Syria.

Early 2015, following the rescue of the Yazidi communities, the YPG/YPJ then focussed on the Arab villages in the Haseke Governance. If the Arab communities could be brought “onside” a united front against ISIS could be mounted. 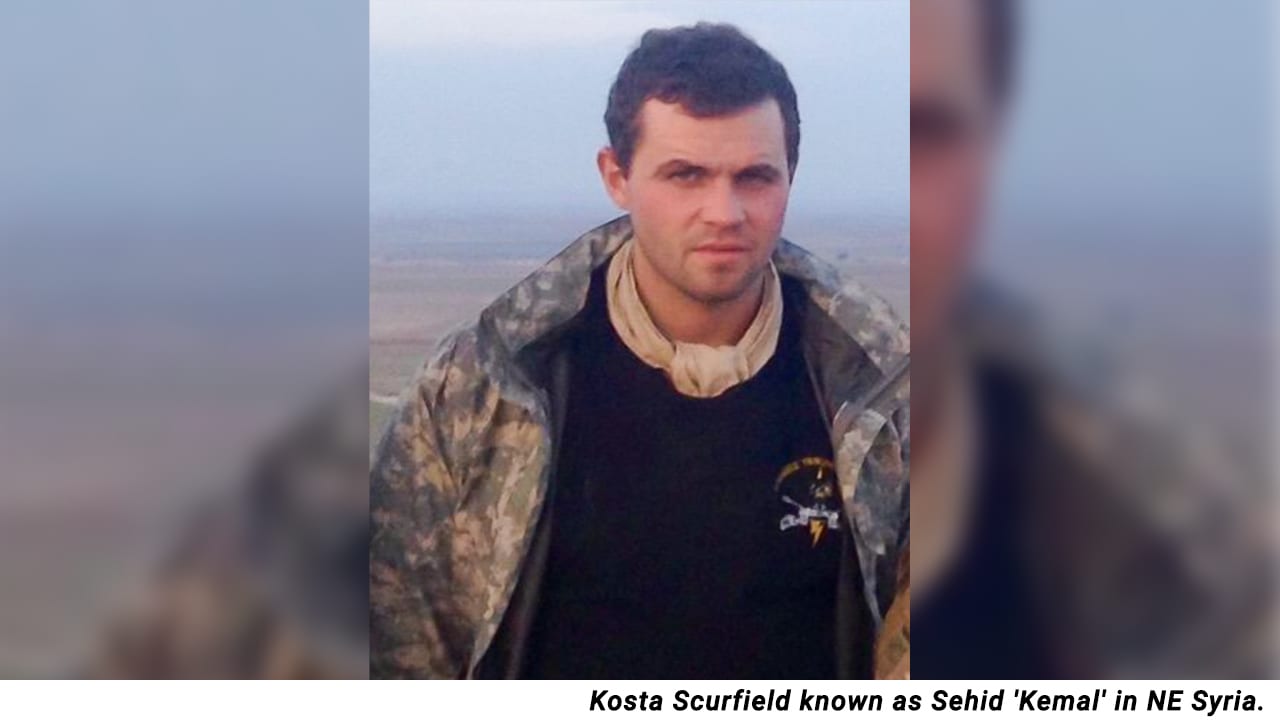 It was into this ideologically charged atmosphere that Kosta jumped in November 2014. Kosta, together with a handful of western volunteers, played their part in securing a corridor into Iraq so that the Yazidis could be evacuated into Rojava. He then took a leading role in taking back the Arab villages of Til Hamis and Til Berak.

I broadly knew this before my visit to Rojava in October 2018, as part of the British International Martyr’s delegation organised by Kongreya Star. What was new, though, came from a chat with Kosta’s commander, Zinar, who filled in the details of Kosta’s passing and noted that he was a serious person not prone to smile, unlike the commander, whose broad smile filled the room like an optimistic semaphore signal. Kosta was in command of a group of Kurdish fighters in Xelil village.
By the end of January 2018 the YPG/YPJ had rapidly retaken six or seven Arab villages in the area, but on reaching Xelil it had been defended against a week-long succession of ISIS attacks.

At this time the YPG only had light arms, AK-47s and RPGs.

One failed attack left 12 Daesh fatalities. On 2 March 2015 a larger attack took place, headed by a panzer tank with a group of foot soldiers of Death trailing behind the tank. The panzer attacked the village from the south and ended up inside the village.

Light arms, even RPGs, failed to stop the panzer. The situation soon became critical, with two Kurds being martyred, and the unit had very limited cover ability. If the village fell to Daesh it would leave the whole front vulnerable.

Assumption 2: Kosta had died evacuating civilians and was hit by an RPG while operating a machine gun on a panzer (Soviet-made BMP).

No – Kosta positioned himself and jumped onto the panzer feeding a grenade into the interior. He was then shot from close range by soldiers behind the panzer.

The grenade exploded, igniting the panzer’s internally stored ordnance and causing approximately eight fatalities. As the panzer blew up, Kosta received secondary shrapnel wounds and quickly bled out from the shoulder.

For further information you can watch the Guardian documentary on UK volunteers in Syria, Someone Else’s War.