Garzan Cemetery, which is located in the Yukarı Ölek (Oleka Jor) village of Bitlis city in Eastern Turkey, included the graves of 282 Kurdistan Workers’ Party (PKK) members. The cemetery was destroyed by construction vehicles, and the bodies were removed from their graves without informing the families. On 19 December 2017 the mortal remains were sent to the İstanbul Forensic Medicine Institution (ATK).

However, according to a report by the Mesopotamia Agency’s (MA) correspondent Erdoğan Alayumat, it was later revealed that 261 bodies in plastic containers were buried under paving stones in the Kilyos district of İstanbul.

The incident was revealed thanks to footage taken when Cengiz Demir’s and Hüseyin Döner’s bones were being delivered to their families.

In the footage, officials were seen as they delivered the bones in plastic containers to the families. The mortal remains of 261 people were buried one on top of other. They were numbered from 1 to 18.

The Van (Wan) branch of the Libertarian Lawyers’ Association (ÖHD) also investigated and confirmed the incident, and verified in their report that more remains were buried under paving stones in Kilyos cemetery. 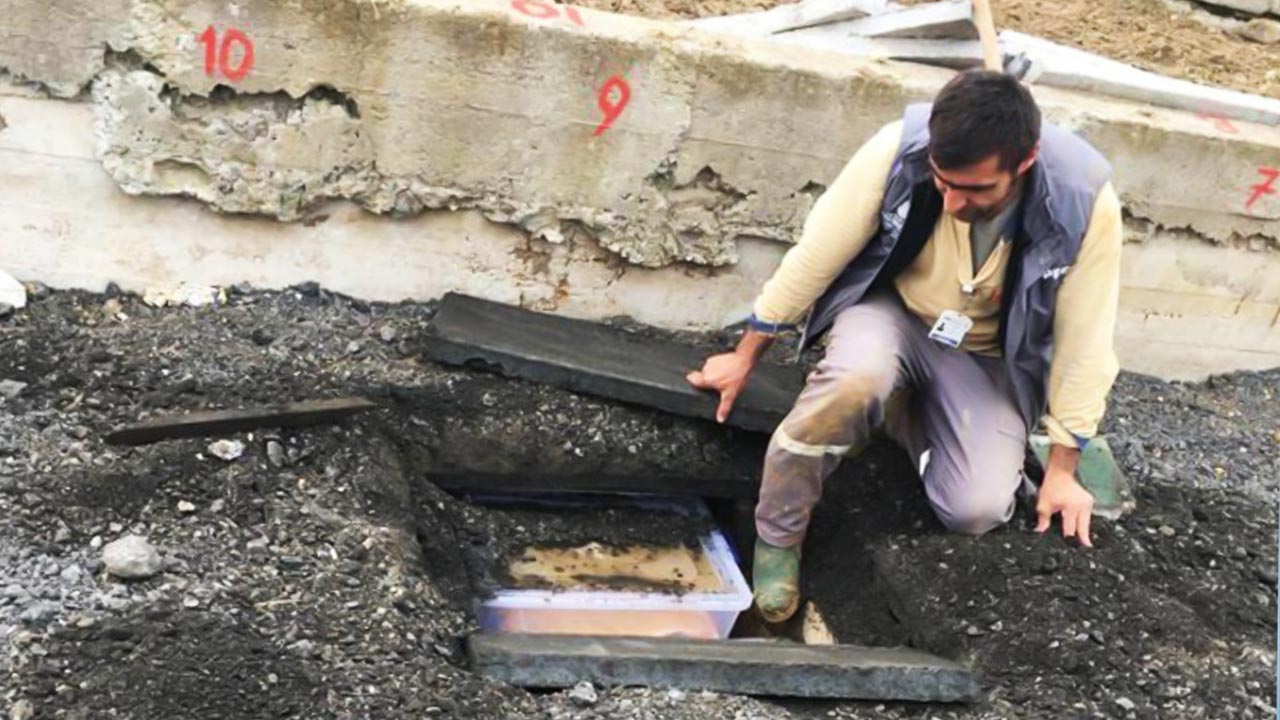 ‘Can a person die five times?’

Cengiz Demir, whose remains were found under the paving stones, was buried in the Lice district of Diyarbakır (Amed), after his family received the remains from Kilyos cemetery.

Azad Demir, brother of Cengiz Demir, said that he and his family did not learn the location of the remains for a long time after they discovered that Garzan cemetery was destroyed. Demir said they were devastated one more time when they got to Kilyos cemetery to receive his brother’s mortal remains. He added that the cemetery was kept under poor conditions and that when the graves were reopened the containers were covered in water and mud. 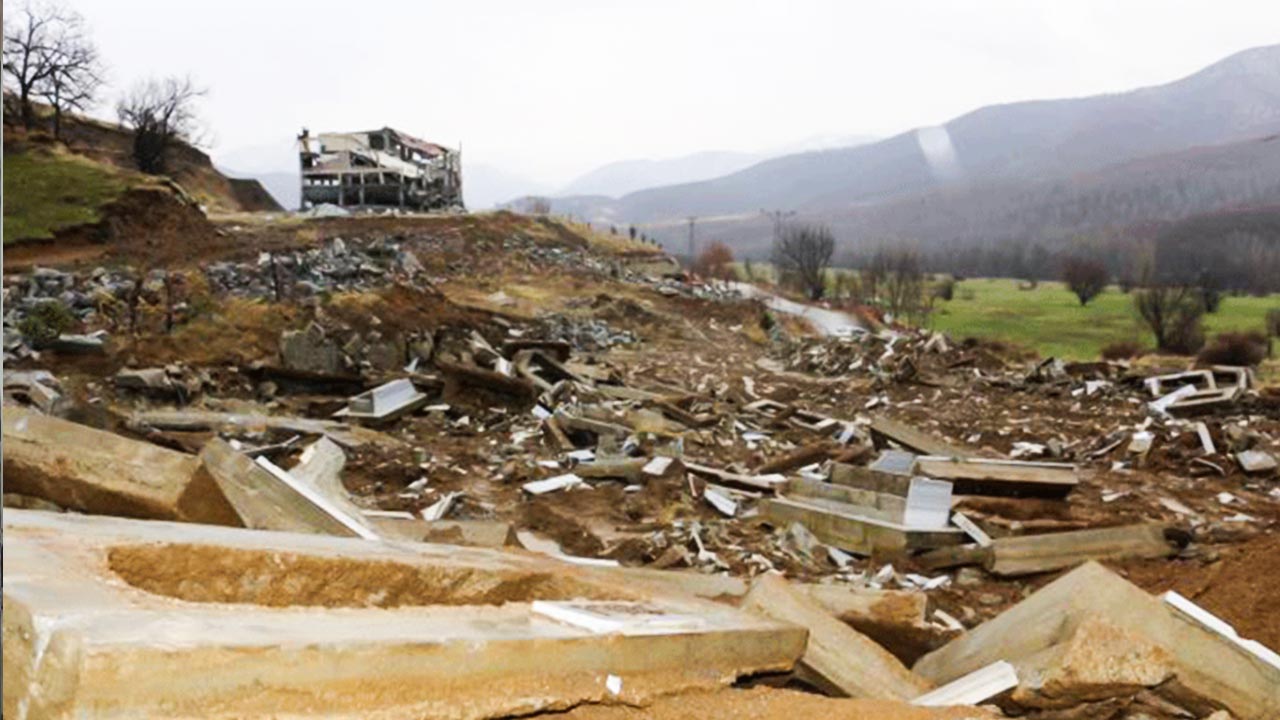 Döner said that they received Hüseyin’s remains from a different place two months ago, and buried him in Hizan. Döner said that it was the fourth time they had recieved his mortal remains and asked: “Can a person die five times?”

Organisations and families demand the remains of loved ones 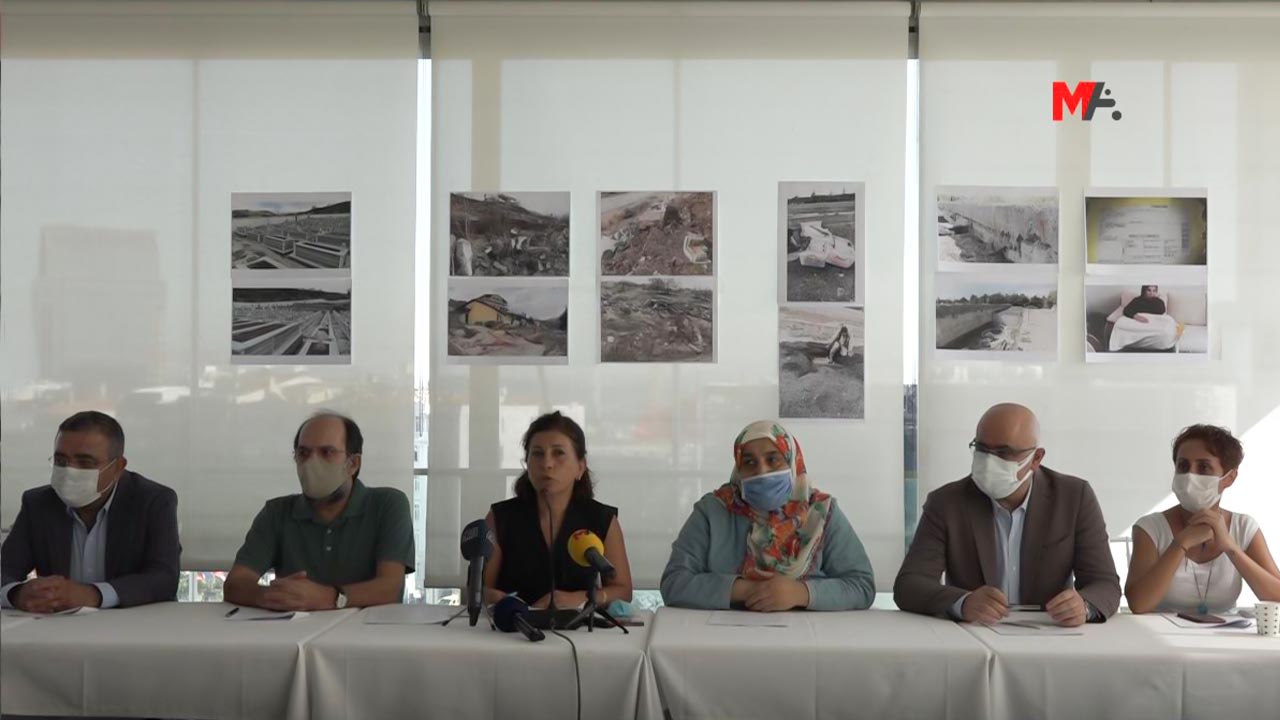 İHD İstanbul branch chair Gülseren Yoleri said that Garzan Cemetery was one of 13 cemeteries which people who lost their lives in the clashes during the “Peace Process” in Turkey were buried.

Yoleri said most of the mortal remains belonged to people who lost their lives during the intense clashes between Turkey and the PKK in 1990s. and added:

“First, the cemeteries were devastated and then they were emptied after heavy construction equipment digged the graves. Families were not informed and their opinions were also not taken into consideration. The fact that the relatives of the deads were not tracked down, that the extracted bodies were not buried in the same graves after the forensic medicine process, that the bodies were buried in an indefinite way in the cemetery of the nameless in Kilyos without taking into account customs, religious principals and the judiciary, were against the law and were have deeply hurt society’s conscience”.

Yoleri also called for parliamentarians to establish a Parliamentary Investigation Commission and punish those responsible. He called on authorities to deliver the bodies to their families and demanded bodies be tranferred from Kilyos to Garzan cemetery. He also said that authorities should apologise to the families.

Federation of Democratical Alevi Associations (DAD) co-chair Saime Topçu said that assaults on cemeteries are unacceptable and stated that this reckless treatment was due to the politics of war, and that the aim was to inflict “psychological torture” on bereaved families.

Topçu asked all religious communities to act in solidarity with the families of missing people.