After meetings with the North Atlantic Treaty Organization (NATO), the United States, Russia and Iran, the Recep Tayyip Erdoğan dictatorship in Turkey failed to get international support for its planned new invasion of Kurdish-liberated North and East Syria (Rojava), according to Syrian Democratic Forces (SDF) Commander-in-Chief Mazloum Abdi.

Frustrated by its inability to get support for an invasion, Turkey has escalated its killer drone attacks and shelling of border cities and towns in Rojava (including Kobane), sparking renewed calls for the United Nations to impose a no-fly zone over Rojava. These attacks were described by ultra-nationalist Turkish media as a prelude to a full-scale invasion, but they appear to have backfired.

The Erdoğan regime broached the possibility of mending ties with Syria’s Bashar al-Assad regime on August 15. Erdoğan’s Justice and Development Party (AKP) deputy chair Hayati Yazıcı said that “relations with Damascus may become direct, and see an increase in level,” according to Turkish newspaper Dünya.

There were also reports that the Erdoğan and Assad regimes had secretly restored communication links between their intelligence services. 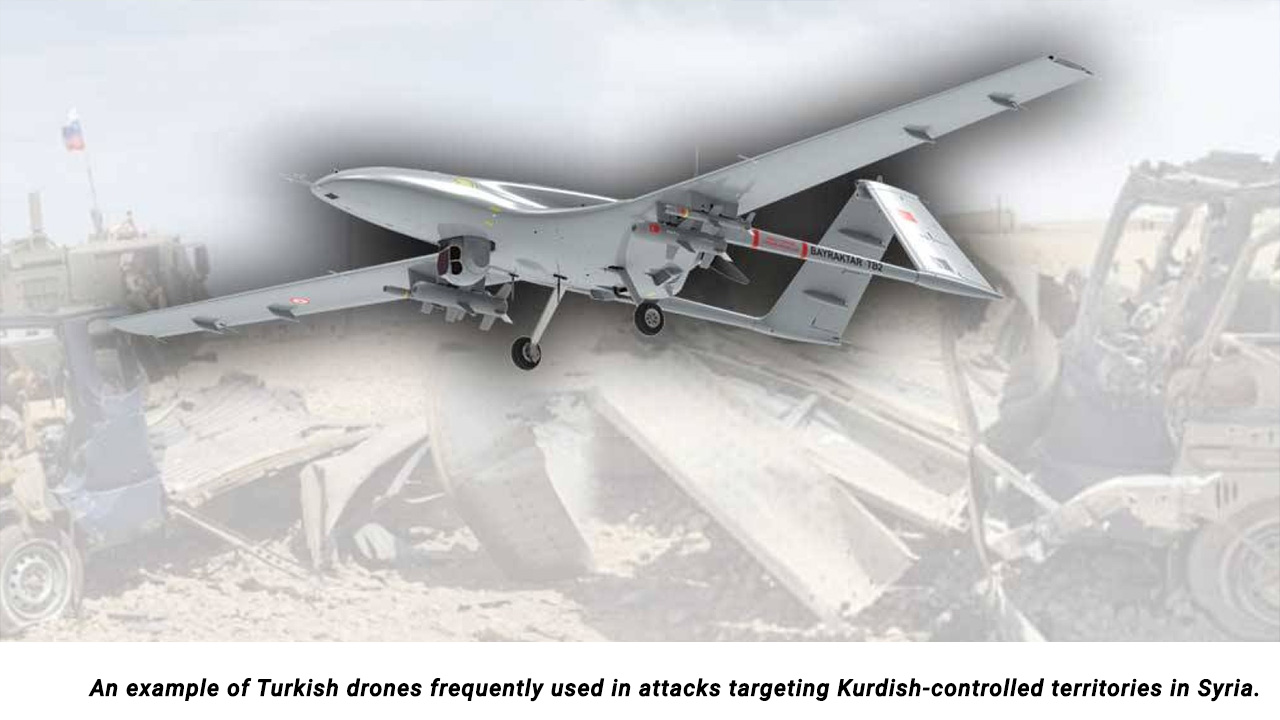 But Erdoğan’s overture to Assad was met with angry protests from opposing sides in the ongoing Syrian civil war. Demonstrations took place in areas of Syria controlled by Turkish-backed rebel militias. According to a North Press Agency report, the Assad regime’s parliament condemned Turkey’s attacks on northern Syria and Erdoğan’s plan to occupy a 30km-deep zone along the Turkey-Syria border.

“The Turkish regime aims, through this occupation, to revive the illusion of the safe zone, and to cause a new wave of displacement of the region’s residents,” said a statement by the Damascus-based People’s Assembly of Syria. “It also seeks to bring about demographic change in the region, and to create a new reality that threatens regional and international peace and security…

“Known to everyone [is] the malicious Turkish policy to achieve despicable goals and gains. The regional and international attitudes confirm the non-legitimisation of this occupation military intervention in Syria. There is an international consensus on rejecting the so-called safe zone.”

Erdoğan has sought to use the war in Ukraine to pressure NATO and Russia into supporting his plan to invade Rojava. He did so explicitly at the NATO Madrid summit, in negotiations to allow wheat exports to leave Ukrainian ports and supply the Ukrainian government with Turkish-manufactured Bayraktar TB2 killer drones.

These are the same killer drones that are being used to assassinate Kurdish freedom fighters in Rojava and Bashur (South Kurdistan) in northern Iraq.

According to David Pollock from the Washington Institute for Near East Policy — a US-based think tank that strongly supports Israel — the US has the means to stop the killer drone attacks on Rojava, but chooses not to do so. 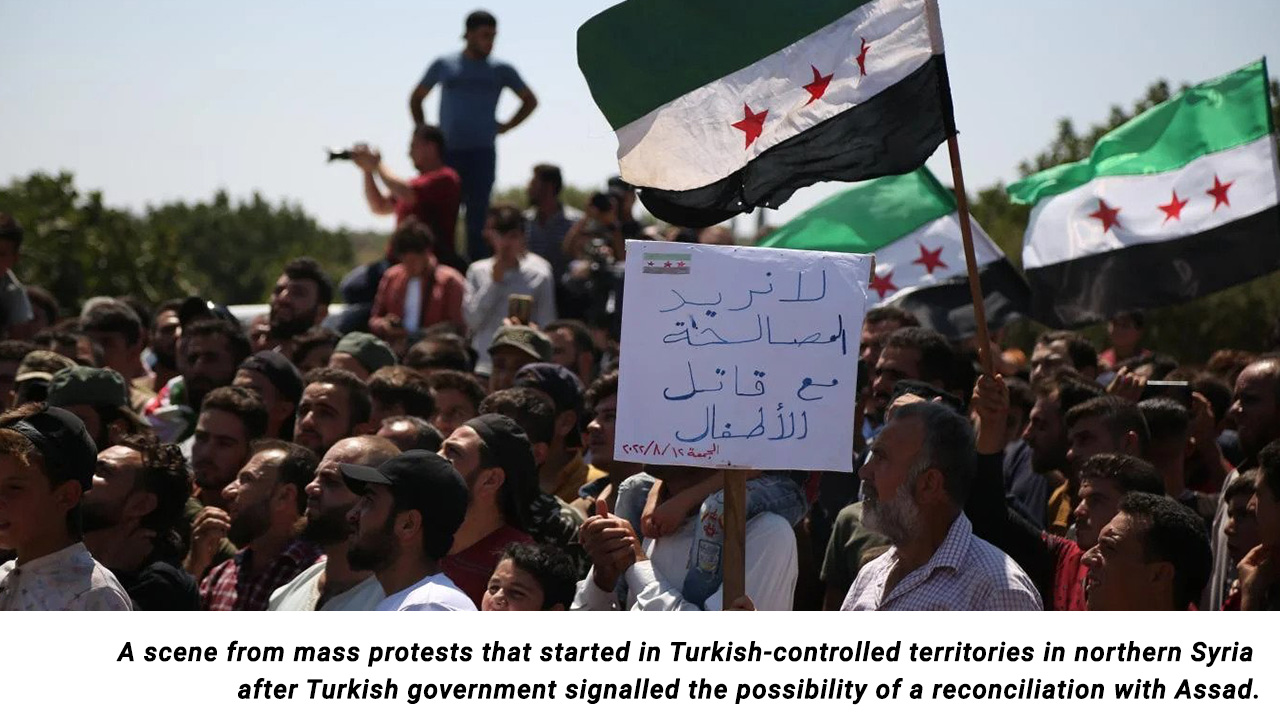 Erdoğan visited Ukraine for the first time on August 18 to meet with President Volodymyr Zelenskyy and U.N. Secretary-General Antonio Guterres.

Selçuk Bayraktar, one of the owners of the company, is Erdoğan’s son-in-law. Selçuk’s brother, Haluk Bayraktar, is the company’s CEO. He plans to establish a factory in Ukraine to manufacture military drones.

Haluk Bayraktar, who previously said Turkey has been cooperating closely with Ukraine on an unmanned fighter project and more advanced Akıncı high-altitude, long-endurance drones, joined the official delegation that accompanied Erdoğan during his one-day visit to Lviv.

Erdoğan, who sees the Ukrainian conflict as an opportunity to present himself as an important international political broker, called Ukraine a strategic partner and talked on the role Turkey could assume in the reconstruction of the country after the war ends when answering the questions of reporters on his flight back from Ukraine. 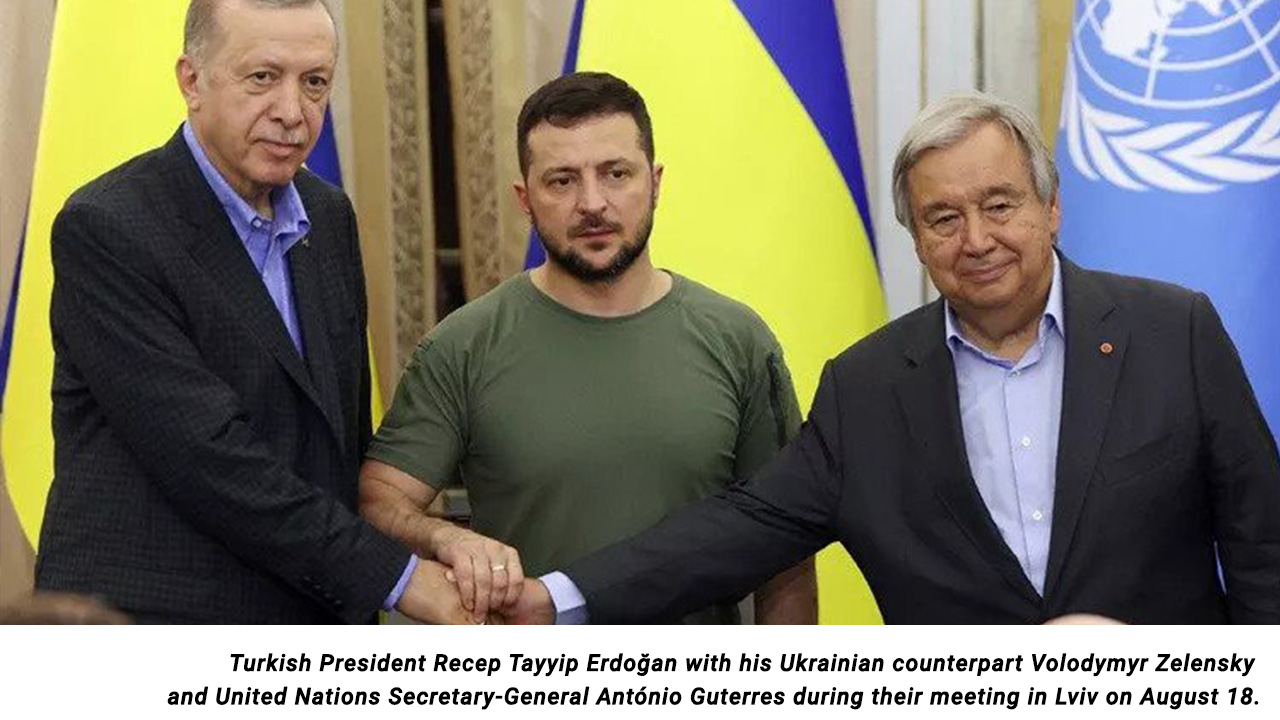 But both the reporters’ questions and Erdoğan’s remarks focused to a large extent on the situation in Syria.

“We are not concerned with defeating or not defeating Assad,” Erdoğan said, adding that Turkey’s ultimate aim is to ensure peace in Syria. He said Turkey’s partnership with Russia in Syria had concentrated on curbing terrorism, while adding that Turkey had been prepared for every possible scenario.

“We do not have an eye on the territory of Syria, because the people of Syria are our brothers. We have no such problem there. The integrity of their territory is important to us. The regime must be aware of this,” the president added.

Meanwhile, the progressive and pro-Kurdish Peoples’ Democratic Party (HDP) accused the Turkish government of carrying out new war crimes in Kobane and of waging psychological warfare on the population of Rojava.

The HDP statement said that on the evening of 16 August, a Turkish invasion of Syria was announced over loudspeakers from mosques in the province of Gaziantep and news of an impending “invasion of Syria” was spread by Turkish and Russian news agencies.

“All these attacks strengthen the barbarity of ISIS, which is trying to consolidate its current position in Iraq and especially in Syria…

“The rhetoric and the machinations of lies of this government, which sets fire everywhere for its own narrow interests and seeks its political survival in the politics of war, must be questioned. We appeal to all political parties and social forces that say ‘No to war and occupation’.

“Kobane is the pride and symbol of the struggle of the peoples and democracy in the world. The silence of the international powers on these attacks against the Kurds in Kobane is shameful for all the peoples of the world.”

*Peter Boyle is a well known journalist and political activist living in Sydney, Australia. He is also a correspondent of the Green Left Journal.