Three mayors of the HDP - living in exile in France and Germany after the Turkish government removed them from their duties by appointing trustees - met with delegates of the Congress of Local and Regional Authorities.

Fayik Yağızay, Turkey’s pro-Kurdish opposition Peoples’ Democratic Party’s (HDP) representative to the European Institutions in Strasbourg on Friday arranged for three mayors who are living in exile in France and Germany to meet with delegates of the Council of Europe’s Congress of Local and Regional Authorities. 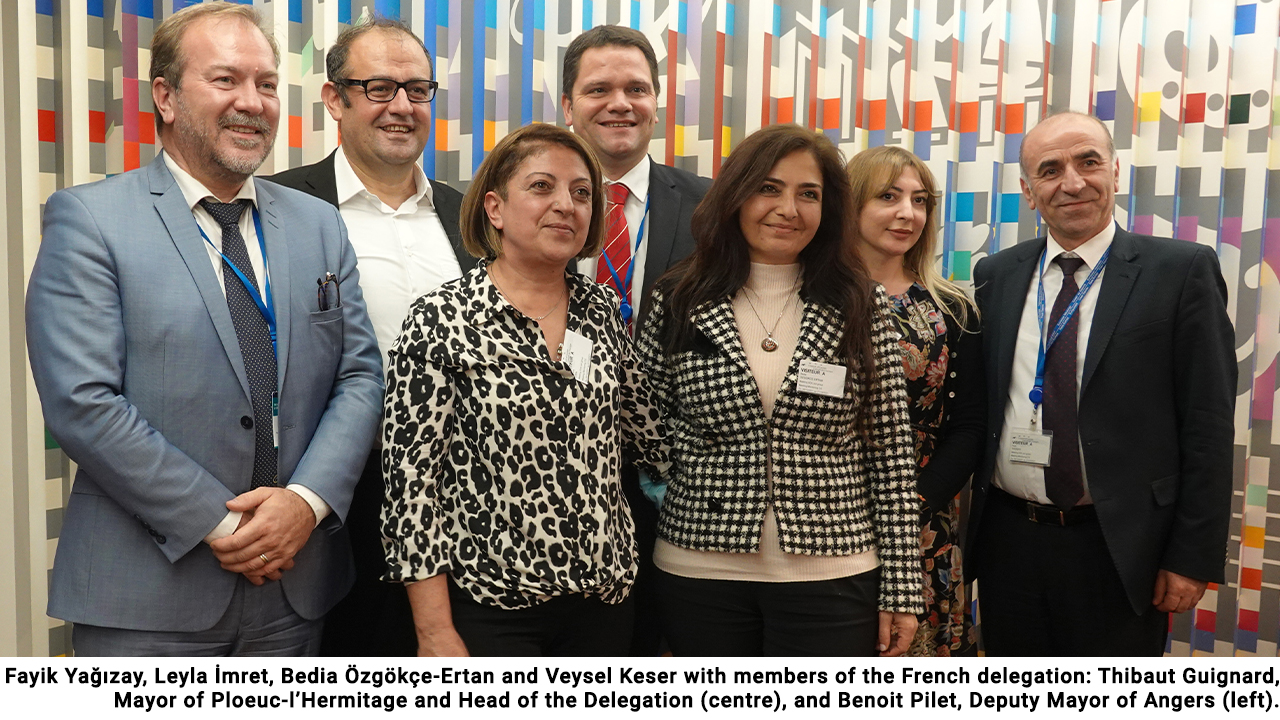 However, as Bilgen, who was jailed some time ago, and Fidan, current HDP mayor of Silopi, a district in the mainly Kurdish Şırnak (Şirnex) province in Turkey, were not allowed to travel abroad, they were not able to attend the meeting. 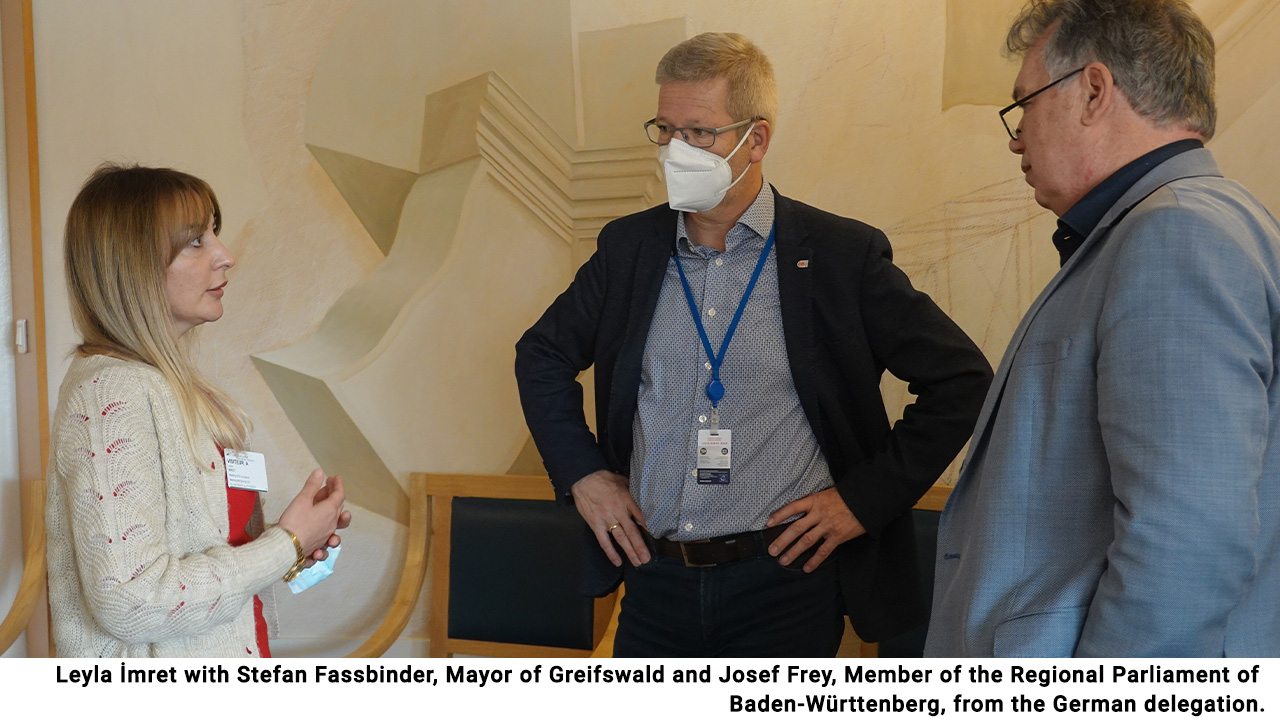 The three exiled mayors informed the European delegates that besides the dismissal of Kurdish mayors and, in many cases their imprisonment or exile, the municipal councils in these areas have also been closed down by the governments.

With municipal councils being immediately shut down, the mayors explained, the trustees were given total control of the local municipalities they were appointed by the government and were allowed to use their power to enrich themselves and to fund the Justice and Development Party (AKP), using local resources in their control.

Sharing the details of the unlawful treatment they were subjected to, as a consequence of the emergency decrees announced by the government, the HDP mayors stated that they were not given a chance to defend themselves in court.

The Kurdish mayors urged all the delegates they met to act against the Turkish government’s anti-democratic practices, to hear the voice of the HDP and to carry this voice to all insitutions of the Council of Europe and to put pressure on the Committee of Ministers to take action in defence of the essential values that were supported by the Council of Europe. 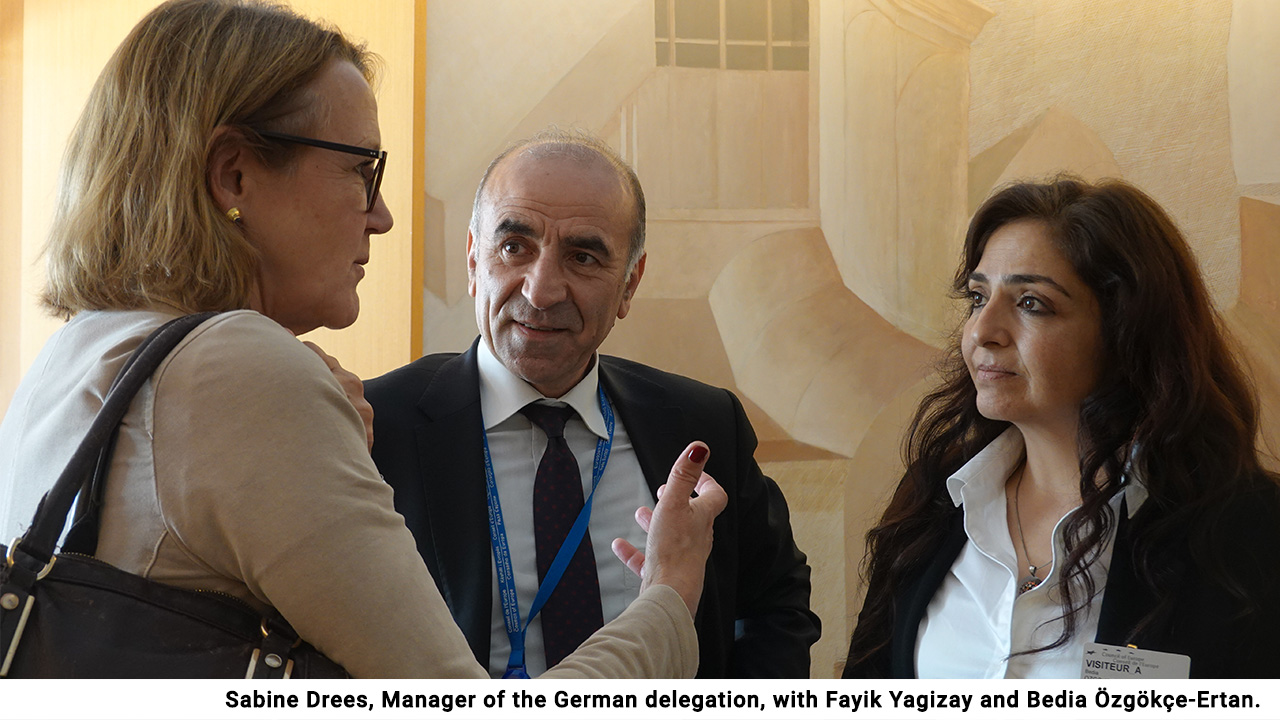 Bedia Özgökçe-Ertan is the suspended mayor of Van Metropolitan district, a former MP in the Turkish parliament and a human rights lawyer. Numerous political cases have been initiated against her that could send her to prison for the rest of her life. She now lives in Karlsruhe, the twin city of Turkey’s Kurdish majority province of Van (Wan), where the mayor supported her application to take refuge in Germany.

Leyla İmret is the suspended mayor of Cizre, a district in Şırnak. İmret has also been given asylum in Germany, where she spent much of her life before returning to her hometown at the beginning of the peace process and being elected co-mayor with 83% of the vote. Her criticism of the Turkish state’s civil war against the inhabitants of Cizre and other Kurdish cities, which she was lucky to survive from, has been used as the basis of the state’s cases against her. She is now the HDP’s spokesperson in Germany.

In 2018, she was awarded the Carl von Ossietzky Medal by the Germany-based International League for Human Rights, and she has previously spoken at the Council of Europe about the situation facing Kurdish mayors.

Veysel Keser is the dismissed mayor of İpekyolu, a district in Van and an architect. Keser has been living in exile in Paris after he was replaced by a trustee. 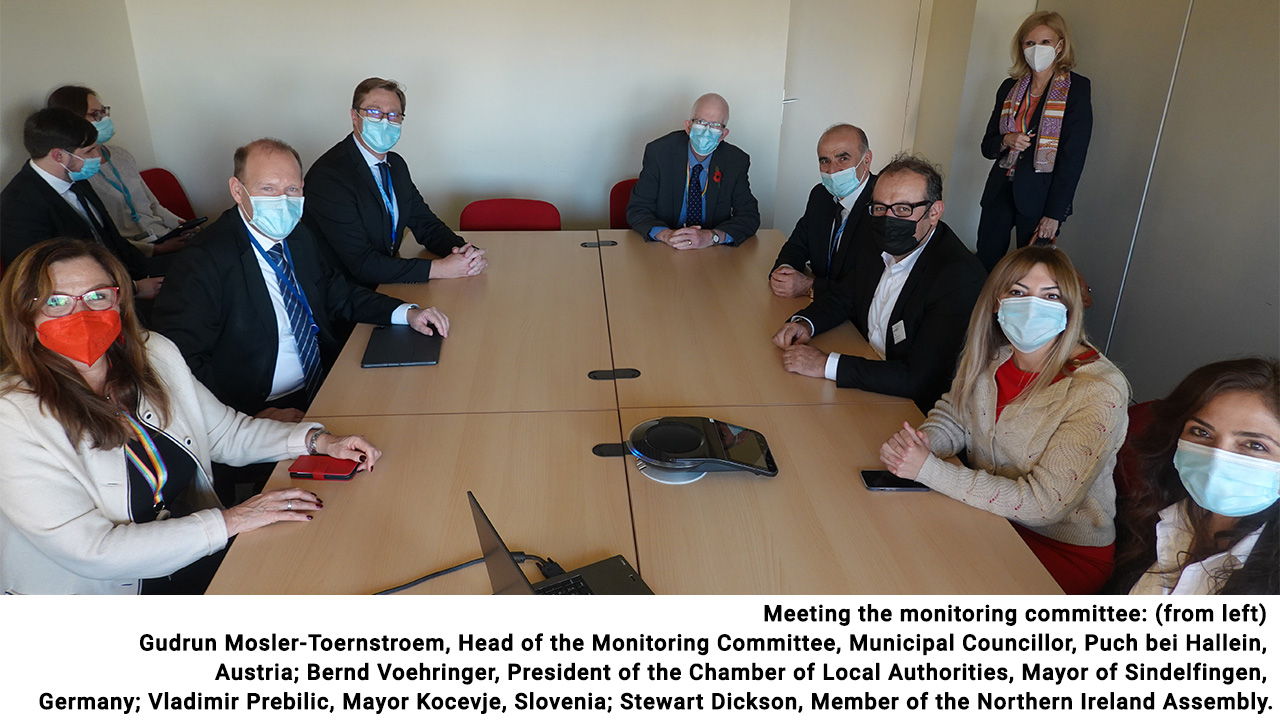 The HDP won 65 municipalities in the region during the 31 March 2019 local elections.

However, the Turkish government has intensified its crackdown on the HDP by removing the elected mayors of the party, especially after Turkey’s 9 October 2019 military incursion into North East Syria.

“The replacement of Selçuk Mızraklı, Bedia Özgökçe Ertan and Ahmet Türk by state governors is of serious concern as it puts the respect of the democratic outcomes of the 31 March elections into question,” the Directorate-General for Neighbourhood and Enlargement Negotiations of the European Commission stated in August 2019 after the democratically elected mayors of Diyarbakır (Amed), Van and Mardin (Mêrdîn) were suspended, while hundreds of people were detained as part of a major ‘terrorism’-related investigation.

Following their removal from duty, mayors of the HDP have been targeted by a massive ‘witch-hunt,’ and had to face countless investigations, trials and detentions for alleged ‘links’ to the Kurdistan Workers’ Party (PKK).

Having effectively cancelled the results of the 31 March local elections in the Kurdish-majority east and southeast, the removal of the mayors has resulted in the complete elimination of Kurdish voters’ participation in electing the local administration of their cities through local councils.

The European Commission for Democracy through Law, also know as the Venice Commission, in 2020 stated that the replacement of the elected candidates and mayors was “incompatible with basic principles of democracy – the respect for the free expression of the will of the voters and the rights of elected officials – and of the rule of law.” 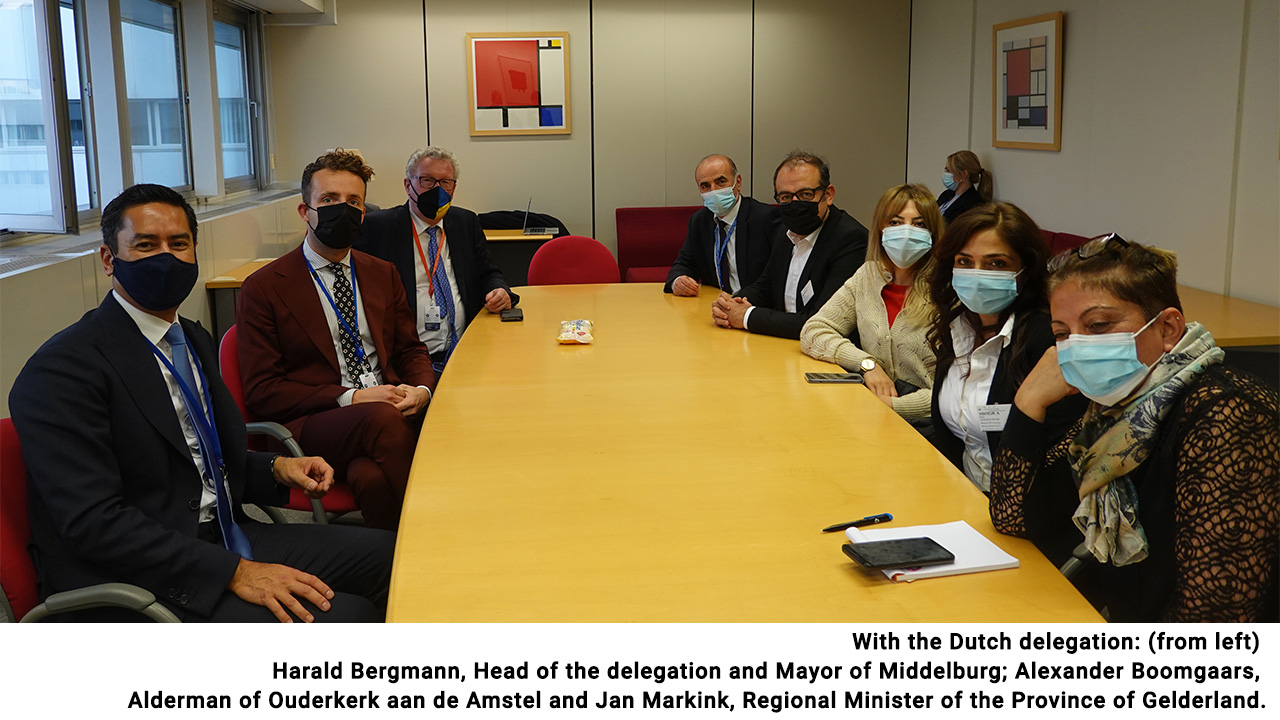