MPs from across Europe, including British politician Jeremy Corbyn, joined in the vigil for the freedom of jailed PKK leader Abdullah Öcalan on the 10th anniversary of the vigil outside the Council of Europe in Strasbourg.

MPs and Senators take over the Freedom for Öcalan vigil on its 10th year anniversary.

All gave speeches expressing solidarity with the campaign to free the Kurdish leader Abdullah Öcalan.

The vigil in front of the Council of Europe in Strasbourg has been held there every single day, non-stop for ten years, calling for the freedom of the Kurdish leader Abdullah Öcalan. Speeches were made by all the politicians who attended the event, and messages of solidarity were sent to the vigil by many more.

Kurdish politician Adam Uzun said on the vigil that the European institutions shall fulfill their duties, if they protect democratic values. 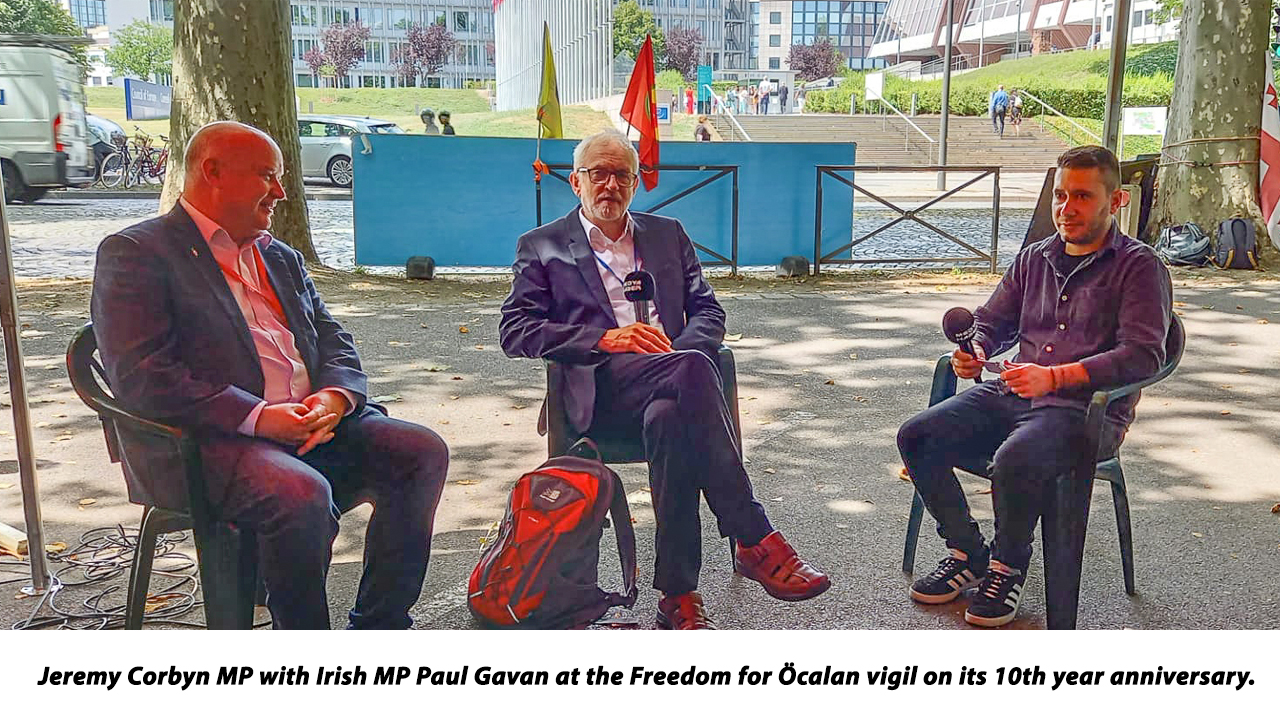 Abdullah Öcalan has been imprisoned in Turkey for over 23 years, held under conditions of near total isolation on the island of Imrali.

For most of the 23 years – in contravention of international law on Human Rights – Öcalan has been denied regular access to both his family and his lawyers. He has had no contact with the outside world since March 2021. Öcalan is denied all possibility of parole, which is also recognised as a form of torture by the European Court of Human Rights.

Despite this, through his writings and his repeated initiatives for a peaceful solution to the Kurdish question, Öcalan has succeeded in inspiring growing numbers of people in the Kurdish community and beyond, who look to his leadership. He is widely understood to hold the key to a peaceful and democratic future for Turkey and the whole region. The release of Abdullah Öcalan is compared in significance to the release of Nelson Mandela.

The non stop vigil for the freedom of Abdullah Öcalan continues.