Prominent women’s rights lawyer and co-chair of Turkey's IHD criticises the judiciary in Turkey for reducing the sentence of a Turkish soldier on grounds of ‘good conduct’.

Musa Orhan, a former sergeant in the Turkish army, who raped and caused the death of 18-year-old Kurdish woman İpek Er, was sentenced to 10 years in prison on charges of “sexual assault” by a Turkish court on 3 December 2021.

The court had reduced his prison sentence for ‘good conduct’, also ruling that Orhan shall be still remain free pending trial, with judicial control measures.

As this sentence that came with a considerable reduction of the time to serve in prison marked the end of Orhan’s controversial trial, women’s rights activists in Turkey have been raised strong criticism saying that this sentence is far away from achieving justice for İpek, finding it more as a an “reward” rather than a fair sentence.

The co-chair of Turkey’s Human Rights Association (IHD), Eren Keskin shared her views regarding controversial sentence given to Orhan.

Referring to a photo of Orhan released by the media showing him making a hand sign of the ultra far right Turkish nationalist organisation, Grey Wolves, Keskin says: “If a perpetrator wears an official uniform, and makes the sign of the Grey Wolves, which is the official sign of fascism, unfortunately he is protected everywhere.”

”The decision of ‘good conduct’ in this case is very problematic. The reduction of the prison sentence due to good conduct for sexual assault actually encourages men. It enables them to commit this crime.” 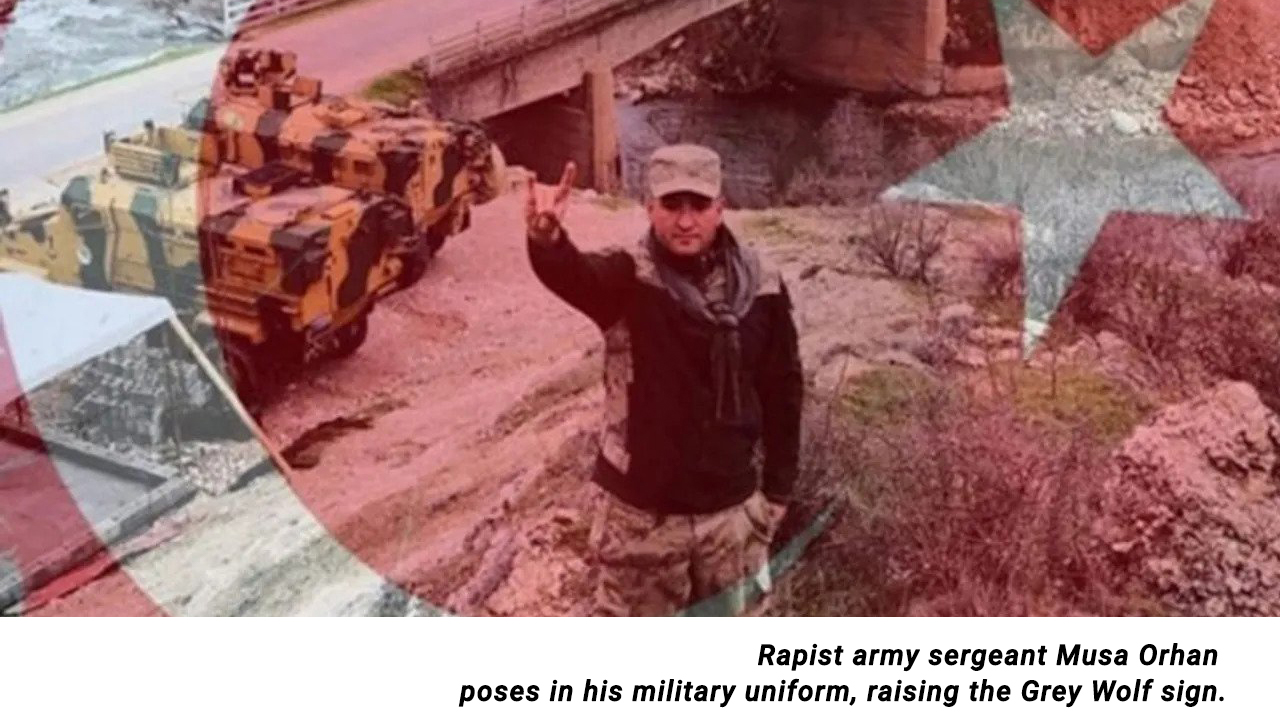 She adds: “If the case had not been spoken about on social media, I would never have believed that this prison sentence would be given. The prison sentence is important, but the reduction in sentence due to “good conduct” is just as bad.”

”İpek Er is not the only woman, so many such crimes were committed in the 1990s,” she says.

She recalls the increased number of women committing suicide in Turkey’s southeastern city of Batman (Êlih), a pre-dominantly Kurdish city, which was known as the city of female suicides in 1990s.

“All those women who committed suicide were İpek Er. If there was no women’s solidarity and social media campaigns organised against Musa Orhan, he would not have been sentenced, just like in the 1990s.”

Keskin underlined the importance of the Istanbul Convention which prioritised the statements of women, and taking action regarding violence against women:

”The Istanbul Convention has established requirements for the courts, the judiciary, and prosecutors, taking sides with women who are exposed to violence.”

Keskin noted that 793 women have applied to the Legal Aid Office Against Sexual Harassment and Rape in Custody since 1997, emphasising that ”not a single state official has been punished, except for one village guard. The perpetrators of 793 women have remained unpunished so far.”

İpek was an 18-year-old Kurdish student from Batman, who died on 18 August 2020 following a suicide attempt on 16 July, when she shot herself.

In her suicide note, which was revealed by Jin News, İpek wrote that she had been kidnapped and raped by Orhan for 20 days.

Orhan, who was was arrested on 19 August 2020 following public outrage over the death of İpek Er, was held in custody for only six days, as the court released him ruling that he was “not a flight risk.”