Erdoğan’s train to autocracy: a commentary based on the University of Gothenburg Varieties of Democracy Study, 2022

Recep Tayyip Erdoğan – Turkey’s current president (elected 2014) and former prime minister (2003-2014) – infamously once declared that “democracy is like a train; you get off once you have reached your [real] destination.”

In other words, one can use democratic means to achieve autocracy. Analyzing Erdoğan’s imaginary train journey, one must conclude that the Turkish leader never intended to reach democracy. Indeed, now that he largely has achieved his actual goal of autocracy, he has jumped off the train!

Thus, in recent years, Erdoğan has converted Turkey’s government into a presidential system that would grant him significant new powers.  Indeed, he became Turkey’s first popularly elected president in August 2014, forcing former ally and one-time president Abdullah Gül out of politics and hand-picking his new prime minister, Ahmet Davutoğlu — whom he then fired in May 2016 to appoint the even more compliant Binali Yıldırım. Erdoğan has also jailed many perceived political opponents: journalists, academics, military officers, and Kurdish leaders, among others. Media freedom in Turkey, as ranked by Freedom House,  Reporters Without Borders and Bianet,  has deteriorated at an alarming rate as Erdoğan aggressively used the penal code, criminal defamation legislation, and the country’s antiterrorism laws to punish critical reporting.

However, his journey did not always seem to be destined for such a terminus. Indeed, in his first decade in power, Erdoğan won three parliamentary elections by ever-larger shares of the popular vote because he had helped to build Turkey into a burgeoning economic powerhouse and a moderate Islamic democracy. In the past decade, however, despite winning Turkey’s first popular election for president in August 2014, presiding over another great parliamentary victory in November 2015, and then winning re-election as president as well as retaining control of parliament in June 2018, Erdoğan’s increasing authoritarianism has helped precipitate an accelerating crisis both domestically and externally for Turkey. 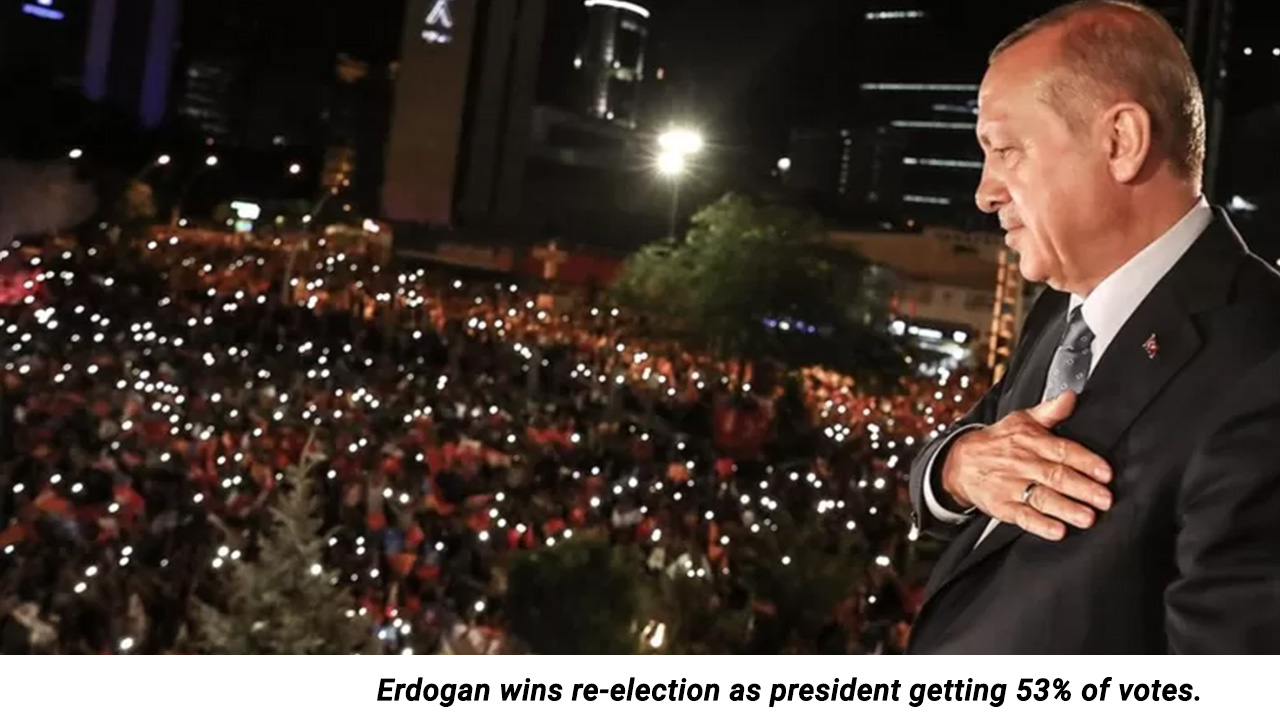 His actions have also negatively affected the Kurds, whom he originally promised “more democracy” and even offered a “Kurdish Opening,”  which, however, dismally failed. Although his partial setback in the local elections held in March and June 2019 momentarily seemed to affect his hold on power, he has apparently righted his political fortunes despite Turkey’s current disastrous economic problems leading into the upcoming national elections scheduled for June 2023.

To further its goals, “V-Dem uses innovative methods to aggregate expert judgments and thereby produce estimates of important concepts” (p. 48). They “use experts because many key features of democracy are not directly observable. For example, it is easy to observe whether or not a legislature has the legal right to investigate an executive. However, assessing the extent to which the legislature actually does so requires evaluation by experts with extensive conceptual and case knowledge” (p. 48). Thus, “V-Dem typically gathers data from five experts per country-year observation, using a pool of over 3,700 country experts who provide judgement on different concepts and cases. Experts hail from almost every country in the world, allowing us to leverage diverse opinions” (p. 48). The report’s introduction deplores “the decline of democracy over the past decade,” as well as “this intensifying wave of autocratization around the world.” It also “highlights the need for new initiatives to defend democracy” (p. 5). Indeed, democracy has fallen a long way from the balmy days of the immediate post-Cold-War period and the so-called “end of history”[ Francis Fukuyama, “The End of History,” National History,” No. 16 (Summer 1989), pp. 3-18. ] in the sense of no more wars given the apparent victory of liberal Western democracy. Regrettably, we are now witnessing the return of history, and unfortunately Erdoğan’s Turkey represents a prime (but certainly not sole) example. Thus, the report goes on to note that “the level of democracy enjoyed by the average global citizen in 2021 is down to 1989 levels. The last 30 years of democratic advances are now eradicated” (p. 6). “Dictatorships are on the rise and harbor 70% of the world’s population—5.4 billion people. Liberal democracies peaked in 2012 with 42 countries and are now down to the lowest levels in over 25 years” (p. 6). Indeed, liberal democracies now represent only 34 nations and are home to only 13% of the world population. Anti-pluralist parties like Erdoğan’s AKP drive autocratization in at least 6 of the top 10 autocratizers. The Report specifically lists Turkey along with Brazil, Hungary, India, Poland, [and] Serbia (p. 7).

After this introduction, the V-Dem Report defines and presents precise scores ranking and comparing all 202 countries analyzed. Turkey ranks ahead of only 32 other countries on “Countries by score on V-Dem’s Liberal Democracy Index (LDI) of 2021 compared to 2011, in other words an index that measures the decline of liberal democracy in a country during the past decade. One hundred and seventy countries rank ahead of Turkey, including Bangladesh, Rwanda, Egypt, Djibouti, Iran, Vietnam, Ethiopia, Democratic Republic of Congo, Central African Republic, etc. Frankly, for those who have admired Turkey’s democracy in the past, this is a disgrace! The Scandinavian countries Sweden, Denmark, and Norway represent the top 3 on this LDI index measuring the decline of liberal democracy. Finland is number 8. The United Kingdom ranks number 19 and the United States is all the way down to number 29. One could write an entire commentary listing and analyzing why each of the 202 countries are ranked where they are and what this means. However, this Commentary will only briefly discuss how the Report specifically defines liberal democracy.

Michael M. Gunter is a professor of political science at Tennessee Technological University[1] in Cookeville, Gunter has worked directly with top Kurdish and other Middle Eastern political leaders. He received the Kurdish Human Rights Watch’s “Service to the Kurds Award” in 1998.