Emine Çağırga on Mother’s Day: The day has no meaning for me after Cemile’s death

"Mother's Day does not mean anything for me after Cemile's death," says Emine Çağırga, a Kurdish mother who hid her daughter's body in the freezer for three days so that the corpse would not decay.

The second Sunday of May is celebrated as Mother’s Day but not all mothers welcome the occasion with happiness.

Emine Çağırga’s daughter Cemile Çağırga was only 10 years old when she was shot dead outside of her home in the Cudi District on 7 September 2015, during the curfews announced by Turkey in Cizre.

Talking to Jin News, Emine recounted the incident. “We heard a gunshot around eight o’clock, and they said Cemile fell. I ran and looked, I thought she just fainted. Then she looked at me one last time and said, ‘Oh, Mother’ and she never opened her eyes again.”

She brought the body of her daughter home and since the weather was hot they put ice around the body so it wouldn’t decay. After singing lullabies for her dead daughter they put Cemile’s body in the freezer until the deputies arrived to take it. 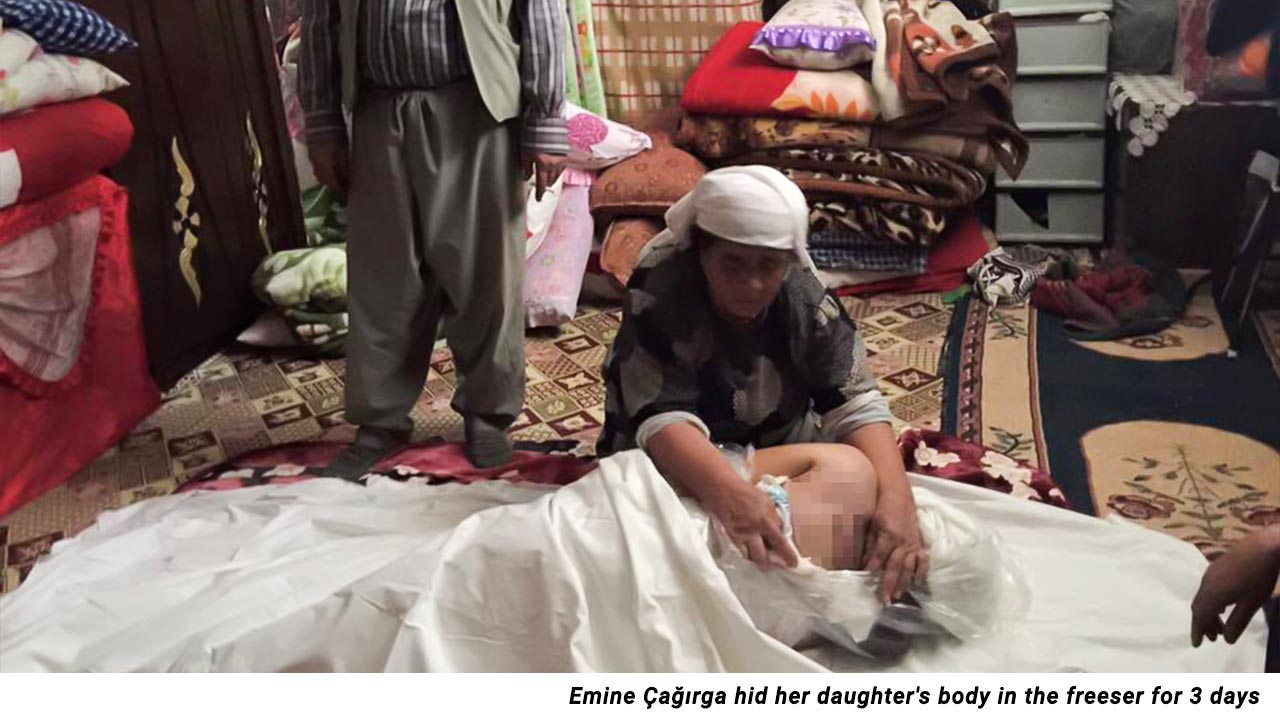 Like many Kurdish mothers, Emine’s life is full of sorrow and loss. During the Turkish army’s operations in Cizre in 1992 she lost another child, Fatma, who was seven years old.

“If they think that being a mother is sacred, everyone has a mother, everyone has a heart. However. they kill our mothers, murder our children, have them disappear, torture them, and put them in jail. We have never felt happiness in this life, only pain.

She insists on the importance of peace and celebrates all mothers on Mother’s Day.

“With my broken heart, I celebrate all Mother’s Days. I want all mothers to join hands. Let’s wish peace and beauty. What could be better than peace and beauty? Let these massacres and this oppression end.”