Each passing hour is going against Aysel Tuğluk’s health

The lawyer of Aysel Tuğluk warns that her health has detoriated at a rapid rate even in the last week alone, and that her memory loss has become worse at an observable rate and that now each minute matters regarding Tuğluk's dementia illness.

”She lost her mother while she was in prison, she was subjected to a racist lynch mob during the funeral of her mother, her mother’s deceased body was removed from the place she was buried in Dersim after the attack. I was with her all this time, and it was one of those moments ”where all words fail” in the face of what has happened almost everyday in recent years,” lawyer Reyhan Yalçındağ, Aysel Tuğluk’s legal representative told Yeni Özgür Politika.

Explaining that all the tragic incidents and the repression her client has been subjected to, caused her to suffer from memory loss, Yalçındağ said, “The horrific attack in the cemetery damaged her health enormously. It caused the dementia and her illness has progressed over time. With the impact of prison conditions, the further deterioration of the health condition began early this year.”

Stating that Tuğluk sent her gratitude and love to everyone outside who has been supporting her case, Yalçındağ shared the following information about her recent health condition: “Her family has announced that there has been a significant deterioration in her memory loss at an observable level over the last week.”

She stated that “Tuğluk’s imprisonment is unlawful, she cannot sustain her life alone in prison conditions. Since her illness is chronic and progressive, her treatment cannot be continued in prison. Therefore, she must be released immediately.” 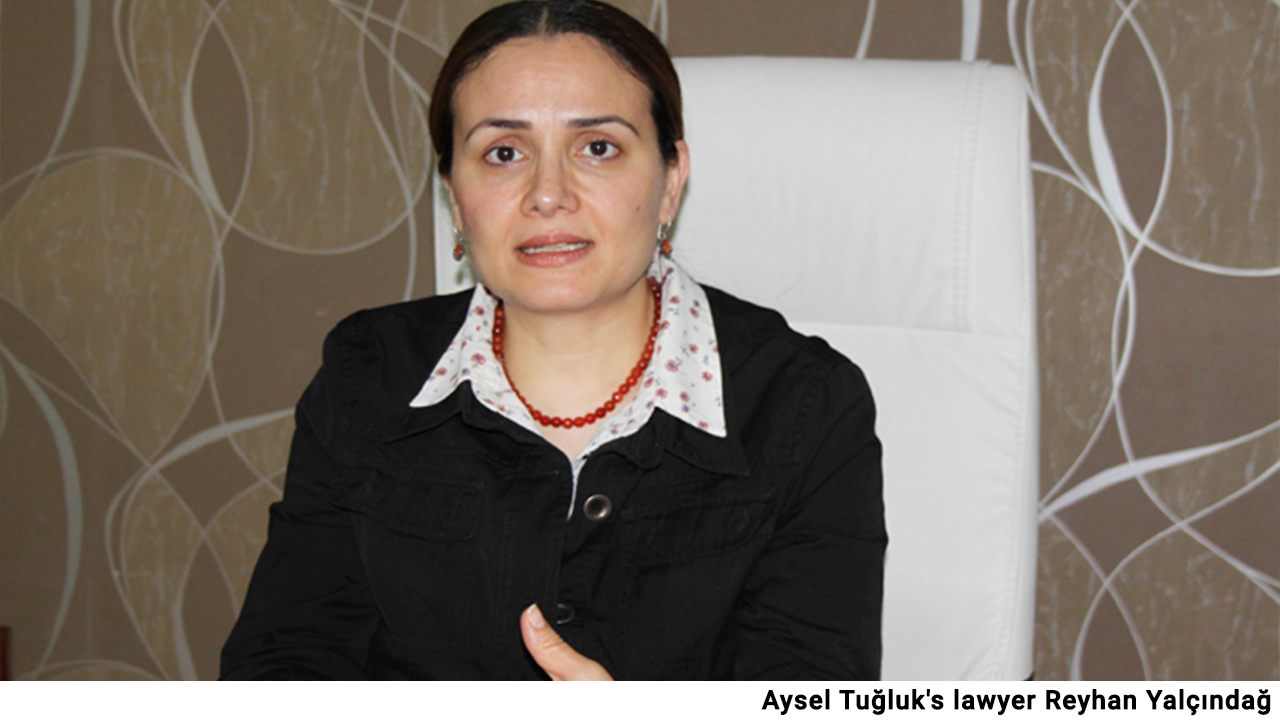 A chamber of medical experts, who examined Tuğluk’s disease for four months have concluded that she is not “eligible” to remain in prison, she reminds. “However, another report prepared by the Forensic Medicine Institute (ATK) reaches a conclusion that is contrary to the experts’ report.”

The process of Tuğluk’s examination in the ATK was controversial in many ways, she said, adding, “After the medical examination, she told us that her meeting with the board at ATK was very short and that they had hardly questioned her about the details of her illness. Because of that, my client Tuğluk expressed her reaction.”

She believes that the ATK is a controversial institute on the eyes of public opinion: “ATK’s approach against the ill prisoners is beyond being a controversial issue for many years; Unfortunately, the people now see that ATK makes blatant political decisions. ATK is a partner of the unlawful actions of the government.”

Yalçındağ and other legal representatives of Tuğluk have opposed the ATK report, but their efforts remain inconclusive for the time being.

“We demand Aysel Tuğluk’s release now. Each passing hour is going against her health,” she said.

”Due to the special conditions of her disease, it is neither possible to be treated nor to stop its further progress in prison. She must be released urgently, because of the factors in prison such as lack of stimuli, very few of people and objects in prison. This seriously accelerates this incurable disease.”