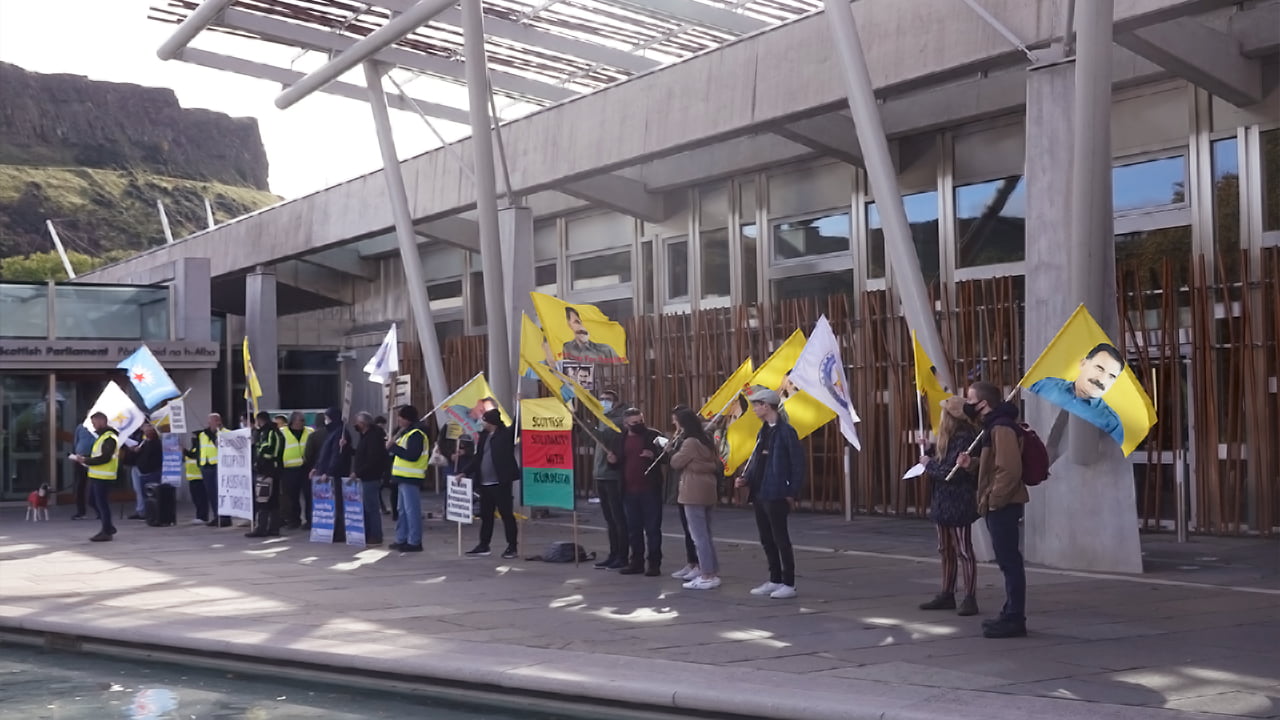 After three days on the road, walking the sixty miles from Dundee to Edinburgh, a small band of community activists were joined by local residents in a rally outside the Scottish Parliament. There, they drew attention to the arrests of Peoples’ Democratic Party (HDP) politicians, and to the continued detention and isolation of Kurdish leader Abdullah Öcalan.

As a historic centre of enlightenment thinking, Edinburgh played a key role in the development of liberal democracy, so this seems a good time to ask how much democratic countries really do believe in democracy.

I am not talking here about the travesty taking place across the Atlantic, where, over a century ago, Mark Twain observed that ‘we have the best government that money can buy’. Nor do I want to look at the deliberate erosion of democratic checks and balances under UK Prime Minister Boris Johnson, though the relative ease with which this is taking place itself speaks volumes. What these long marches in different parts of Europe have helped to throw a light on, is a mainstream political culture that has become so complacent in its democratic status that it no longer recognises what democracy means in practice.

For anyone who truly believes in democracy, support for the arrested politicians and activists of the HDP, and for ending the isolation of the man who could negotiate a peaceful future for Kurds in Turkey, should be a litmus test.

The most recent political arrests are the latest in a long line of crackdowns that, in the last five years, have seen some 16,000 HDP members detained and 5,000 imprisoned. Of the 65 municipalities won by the HDP in March 2019, 54 have had their elected mayors removed and replaced by a government-appointed trustee, or seen their election annulled. All democrats should be crying out in protest, both because that is the right thing to do, and because the world is connected, and attacks on democracy in one country can weaken democracy everywhere. So why is this issue being raised on the streets and squares outside our political institutions, rather than in the debating chambers? Why have mainstream political parties who profess allegiance to democracy, said so little about its blatant crushing in Turkey? Why does this get hardly a mention in our mainstream media?

Our politicians and media do, after all, get excited by some movements for democracy, even if their interest eventually moves on elsewhere. Belarus was probably not somewhere that many people thought much about until recently, but it is a familiar name now. The world watched orange-clad demonstrators in the Ukraine, and massed umbrellas in Hong Kong. So why not the HDP? 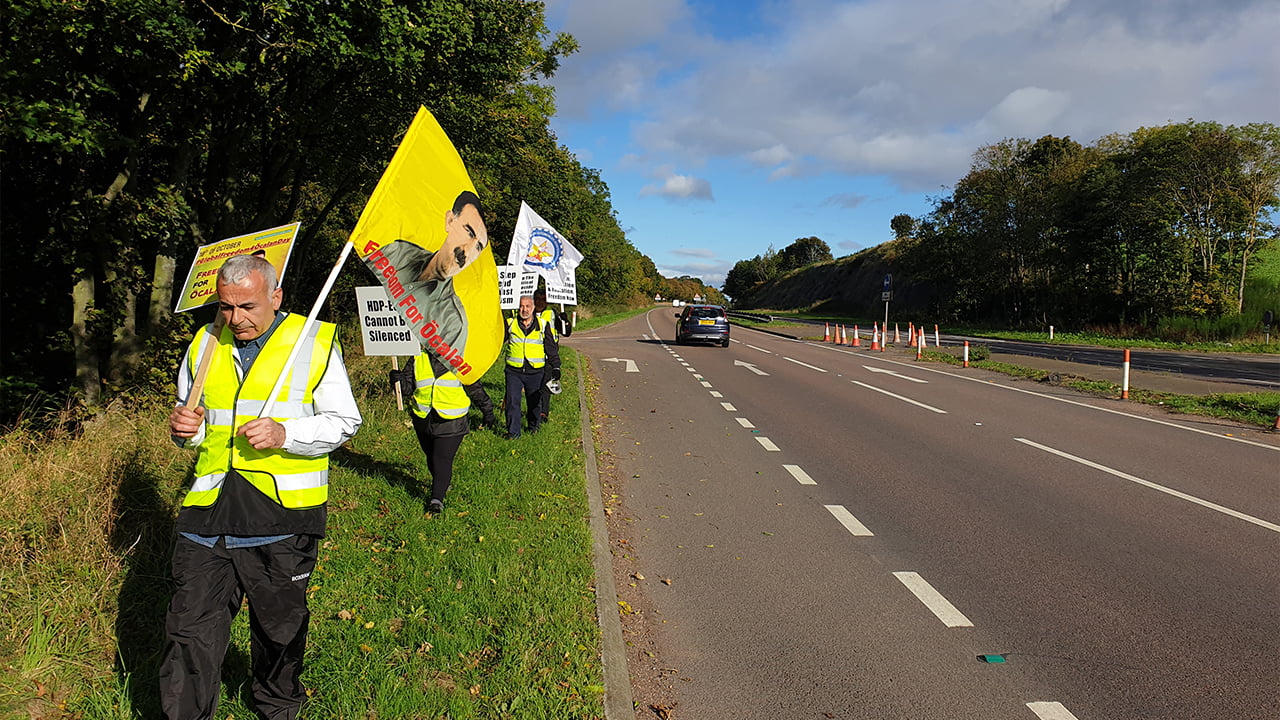 It is partly, of course, that the growth and crushing of the HDP and its predecessors has been long and protracted: not made for television and political soundbites. But it is more than this. We need to look at what these different movements have been campaigning for, and who they have stood up against. Our official defenders of democracy are firmly within the Western liberal mould. Indeed, many of them would regard this as synonymous with democracy. The leaders of the protests in Belarus, Ukraine and Hong Kong fit into that mould too; while the old guard that they sought to dislodge were linked to Russia and China – now fully capitalist, but not friends of the West. The protestors in Belarus are defending the right for the democratic vote to be respected; but the leader who is being denied her elected position has put forward a neoliberal programme that would make life very hard for many of the workers who have come out into the streets to defend her election.

The situation with Turkey is completely different. Western democracies regard Turkey as a friend and are anxious to do nothing that might make the Turkish government look for new friends elsewhere. Upsetting Turkey is seen as contrary to Western political and business interests. This is enough in itself to make a pragmatic politician hold back criticism. However, there are additional reasons why politicians who cannot imagine a world beyond liberal democracy may have difficulty empathising with HDP politicians and activists, and may fail to comprehend the extent to which their arrest and imprisonment strikes a blow against democracy.

The HDP has not compromised its belief in a socialist future. And, on top of this, it strives for a version of democracy where people can be actively engaged in running their society, and not simply expected to put a cross in a box every few years before returning to passivity. The HDP’s ultimate aim would be the sort of bottom-up radical democracy articulated in Öcalan’s prison writing – and even within the constraints of the Turkish system, HDP mayors and municipalities had been able to encourage the involvement of community groups and organisations.

The HDP has a different political vision from that shared by most mainstream political parties, but advocates of democracy cannot allow the suppression of other voices because they disagree with them. And they shouldn’t fear active citizen involvement.

Observing from the safety of Edinburgh, HDP politicians seem unimaginably brave. They know that a successful election brings them many steps closer to a future behind bars; yet they campaign all the harder. In persisting, despite all that the Turkish state has thrown at them, they are making a stand for democracy that demands widespread support.