Delving into themes of the transformative effects of modernism, Birdank illustrated how international armed conflicts and wars can dehumanise people.

With the gas masks used in the play, the theatre players drew attention to Turkey’s alleged chemical attacks against militants in the Federated Kurdistan Region.

On 18 October, the People’s Defence Forces (HPG) released footage showing a group of Turkish soldiers with a device they said was used to deliver a chemical payload. The footage also showed guerrilla fighters said to be suffering from the alleged chemical attacks.

Meanwhile, the festival was began with the presentation of Süreyya Karacabey, a “Theatre and Time” seminar. Afterwards, the play “Qesra Balindeyên Xemgîn” (Sadden Birds Pavilion), an adaptation from the novel by Bextiyar Elî was staged.

The festival, with its tagline “This Cudi, This Land”, will feature plays, workshops and seminars until it ends on 30 October. 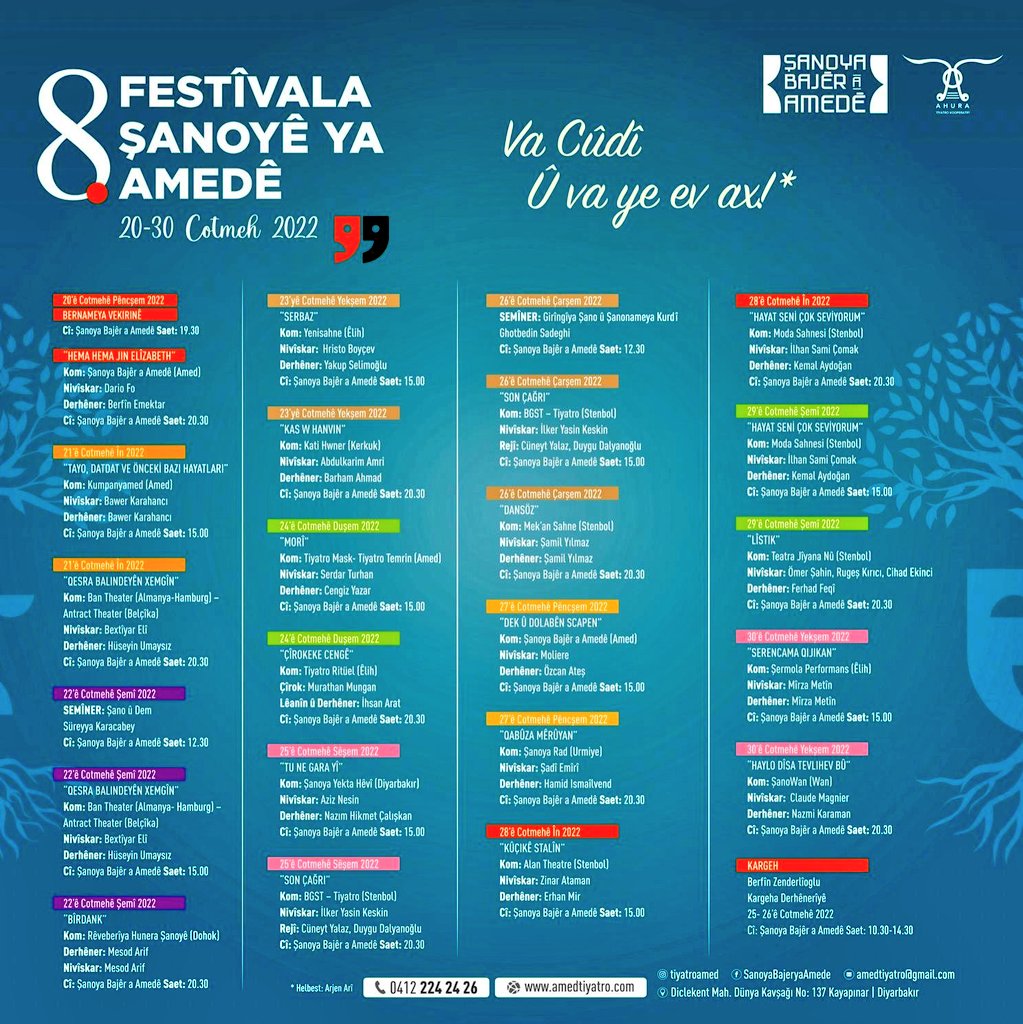