The Kurdish HDP member who was killed by an ultra-nationalist racist Turkish gunman was born in a village in Mardin where her family and friends were forcibly displaced from as a result of Turkey's ethnic cleansing campaign in the 90's.

Deniz Poyraz’s village Xirbêmirîşkê (Tavuklu in Turkish) located near the Kurdish-majority city of Mardin (Mêrdin) has taken more than it’s fair share of the Turkish state’s repression against the Kurds since 1980s.

Deniz was born in Xirbêmirîşkê in 1983. Her childhood years growing up were that of the 1990s, which was the worst decade of repression against the Kurds living in Turkey known as ‘The Dirty War’. 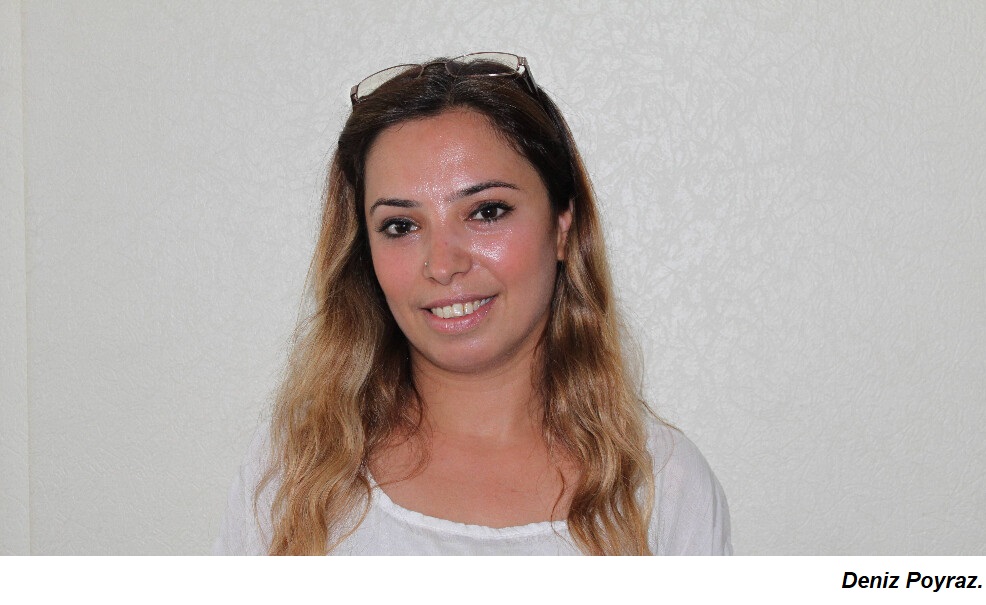 Many villagers in Xirbêmirîşkê were forced to join the Turkish state sponsored “paramilitary” forces known as ‘Village Guards’ (“Korucu” in Turkish), these paramilitary groups were armed and mobilised by the state in the battle against the Kurdistan Workers’ Party-PKK and those families who did not accept to work as Village Guards were subjected to even more violence, threats and even execution and forced kidnappings as the security forces accused them of aiding or supporting the PKK.

Many Kurdish families who did not accept to become ‘Village Guards’ and were forcibly displaced from their villages and moved to the Western cities. 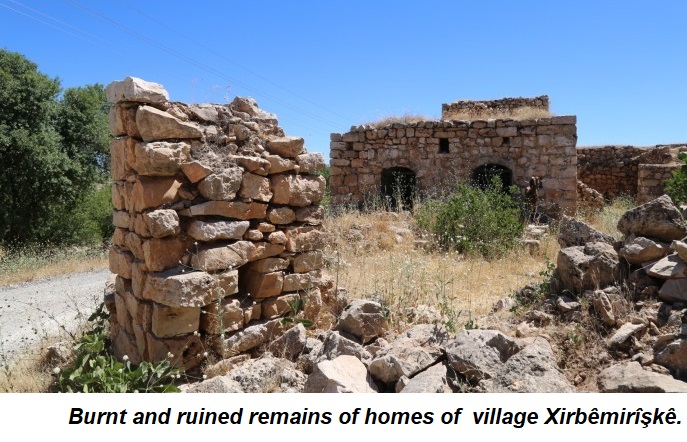 The Poyraz family migrated to Izmir as part of this forced displacement. Kurds from Mardin, forcibly displaced from their villages by the Turkish army settled in a neighbourhood of Izmir called “Kadifekale” (Velvet Castle) around the walled remains of a castle on the top of a hill. This community grew into a large community of Kurds and Kadifeklae became known as Kale Mardin (Mardin Castle) or Little Mardin. Visitors to the castle could buy hand made kelims made the Kurds of Mardin and watch the local Kurdish women bake their traditional bread in stone made ovens.

Famously in the 90’s, a young Kurdish women called Rewsen burnt herself inside the remains of the castle in a self immolation protest against the Turkish state’s war against the Kurds.

Xirbêmirîşkê was eventually forcibly evacuated by state security forces and burnt to the ground. 16 families, who returned back to the village in 2001-02, faced the horrible reality of what was left of the village: homes which went to ruin, gardens and fields with no living plants left on them, a depopulated, isolated land carrying no sign of life at all… Among those who returned to the village, were family members of Deniz Poyraz as well. Her uncle and grandfather have been living in the resurrected village for years now.

Villagers who returned worked and re-built by hand parts of the village of Xirbêmirîşkê, yet if visitors travelled to this village they would still see the burnt and ruined remains of homes as a living testimony of the painful history of the village.

Returning to the village came with additional costs. Prosecutors have opened up numerous investigations of the people living in the rural areas of the Omerli district of Mardin, which also includes Xirbêmirîşkê within its borders.

80 villagers have been tried over ‘terrorism’ charges and in September 2019 the pressure on villagers reached such a level that a repeat of the violence against the villagers of Xirbêmirîşkê during 1990s took place again after almost three decades: 15 residents of Xirbêmirîşkê were detained all together, made to stand in the garden of the Omerli Gendarmerie Command where they were battered.

Local chief of the village, known as “mukhtar” and elected by the villagers have been replaced by a trustee appointed by the government within six-months after a mukhtar election.

As the repression against of the villagers in Xirbêmirîşkê has never stopped, many families again had to migrate and currently there are only three families that live in the village, according to MA.

“That’s why our friend Deniz was living in Izmir. If she had been able to live a comfortable life in her own lands, maybe this incident would never have happened,” said Metin Kaya, the co-chair of the HDP’s local office in Omerli district.

Kaya stated that 30 villages in Omerli district have been evacuated, to date. “What the villagers have been through 40 years ago continues in contemporary times in different forms. There is no difference between the 12 September [coup dêtat times] and today,” he said.

“The governments might have changed, but the scenarios prepared against the Kurdish people, and the repression has continued in exactly the same way, ever since.”