Demirtaş speaks at trial: ‘Do the lives of Kurdish children have no value?’

Selahattin Demirtaş, the jailed former co-chair of the only pro-Kurdish party in Turkey's parliament has spoken in his trial, in which he is accused of "insulting" the former prime minister.

The fourth hearing in one of the many ongoing trials against Selahattin Demirtaş (separate from the Kobani trial), the former co-chair of the Peoples’ Democratic Party (HDP) took place in an Istanbul Court on Wednesday 26th May, MA reported.

Demirtaş has been accused of “insulting” Ahmet Davutoğlu, Turkey’s Prime Minister from 2014 to 2016.

Demirtaş attended the hearing by video link from Edirne F-Type Prison, where he has been incarcerated since 4th November, 2016.

Demirtaş recalled the curfews of 4-12 September 2015 when 10-year-old Cemile Çağırga was killed by Turkish armed forces in the Cizre district of Şırnak (Şirnex).

Being denied a proper burial, Cemile’s family were unable to set foot outside their home as it was surrounded by Turkish snipers, and had to keep her lifeless body in their freezer for days. 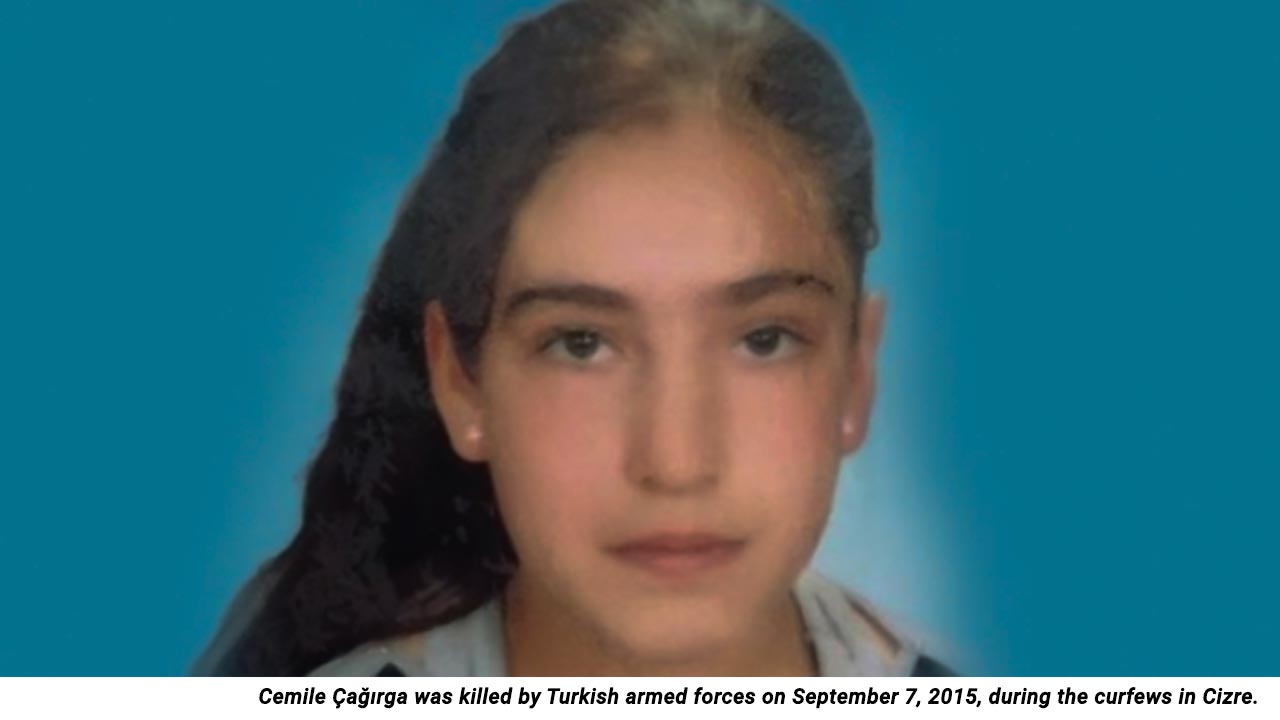 “Cemile Çağırga was killed in that period. Her body could not be buried, and had to be kept in a freezer for days to prevent decomposition.” Demirtaş said. “I tried to get our party’s MPs in contact with the Justice and Development Party (AKP) MPs about this, but the problem remained unsolved. So I sent our MPs directly to the Prime Minister, but even then nothing changed.

“So I spoke at our parliamentary group meeting. In the normal way of things I would have liked to have the families of Taybet İnan (mother Taybet, another victim whose body could not be retrieved from the street where she was shot, because of the siege) and Cemile Çağırga heard in parliament as witnesses, but I don’t want them to have to relive that suffering.”

Demirtaş said that if what happened in Şırnak had happened in Palestine, things would have been different. “The state turned a blind eye to what was happening in the region in that period. Everyone else remained silent, but I could not remain silent,” he said.

He added: “When Demirtaş says, ‘you are a child-murderer’, he is considered to be insulting. But those who were rewarded and declared heroes for burning those cities and razing them to the ground were the same people who carried out the 15th July coup attempt.”

Demirtaş ended his speech with the following words: “Even if you sentenced me to a hundred years imprisonment, Cemile would never be forgotten. I would never forget her even if I was buried in a grave with mother Taybet. If we, the elected members of the parliament do not speak up, then who will? What do you want from us? Do you want us to submit? You can shoot us in the neck, but we will not fall down.”

The ground for the accusations against Demirtaş is a speech he shared in his party’s parliamentary group meeting.

“Demirtaş spoke about Cemile Çağırga and baby Miray, both killed during the curfews in Cizre, he called for their bodies to be buried, and shared his criticisms and views regarding the situation, but from that whole speech they only picked out the words, ‘child-murderer, Prime Minister’ and they prosecuted him for these words,” said Demirtaş’s lawyer Ramazan Demir previously to BBC Turkish.

Seeing what no-one is looking at

Parliamentary delegation report on Iraqi Kurdistan: ‘Turkey wants to repeat in Iraq what it has done in Syria’

Seeing what no-one is looking at

Parliamentary delegation report on Iraqi Kurdistan: ‘Turkey wants to repeat in Iraq what it has done in Syria’