Death of Armenian writer Margosyan: Farewell to a truth teller

The funeral procession of Mıgırdiç Margosyan, a prominent Armenian writer with stories written in both in Armenian and Turkish, was held on Thursday in the Armenian Patriarchate Church in Kumkapı, Istanbul. A large crowd attended.

Among those who came to bid him farewell alongside his family and friends, were MPs, mayors, journalists, and readers.

“Turkey lost a truth teller (…) The people from Diyarbakır and from all parts of Anatolia, those who loved and were touched by his stories, filled the churchyard today. In fact, this churchyard is an image of Turkey.”

The life of Mıgırdiç Margosyan

In 1938 Mıgırdiç Margosyan was born in Diyarbakır (Amed) within the Hançepek neighbourhood (known as the ‘infidel quarters’, by the Muslim majority in Ottoman times).

Margosyan went to primary school in Diyarbakır and attended high school in Istanbul. He did not know his mother tongue until he was 15 which was one of the reasons that he was enrolled in an Istanbul high school.

Between 1966-1972 he served as the principal of the Surp Haç Tıbrevank Armenian High School in Üsküdar, Istanbul, teaching philosophy, psychology and both Armenian language and literature.

In 1988 he received the Eliz Kavukçuyan Award in Paris for his book Mer Ayt Goğmeri (‘Our Places’), a collection of his stories in Armenian. 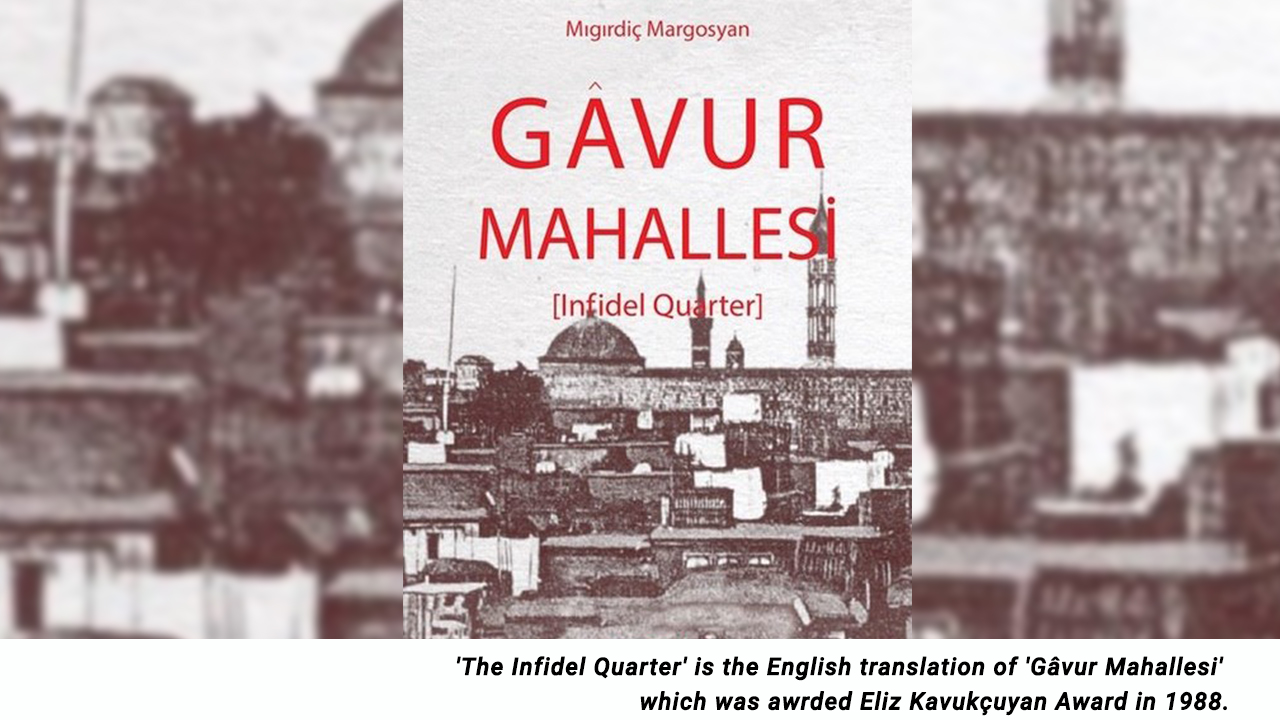 His books have been translated into several languages including Kurdish.

Mıgırdiç Margosyan also wrote opinion pieces for the daily Evrensel under his column, ‘Letters to my Godfather’ (‘Godfather’ being a reference to the tradition for Armenian children to have Muslim godfathers, particularly in districts where Armenians and Kurds lived together before the genocide).

Şehmus Diken of Evrensel, a Kurdish intellectual and writer, together with Şant Margosyan, the son of Mıgırdiç, placed soil brought from Margosyan’s home village Heredan, Diyarbakır, into the grave.

Diken noted that Margosyan was a distinguished figure in Armenian rural literature, and said:

“Although he was away from Diyarbakır, there is no other writer who could tell the stories of the peoples’ mosaic in Diyarbakır as delicately, correctly and in such depth as he did.”