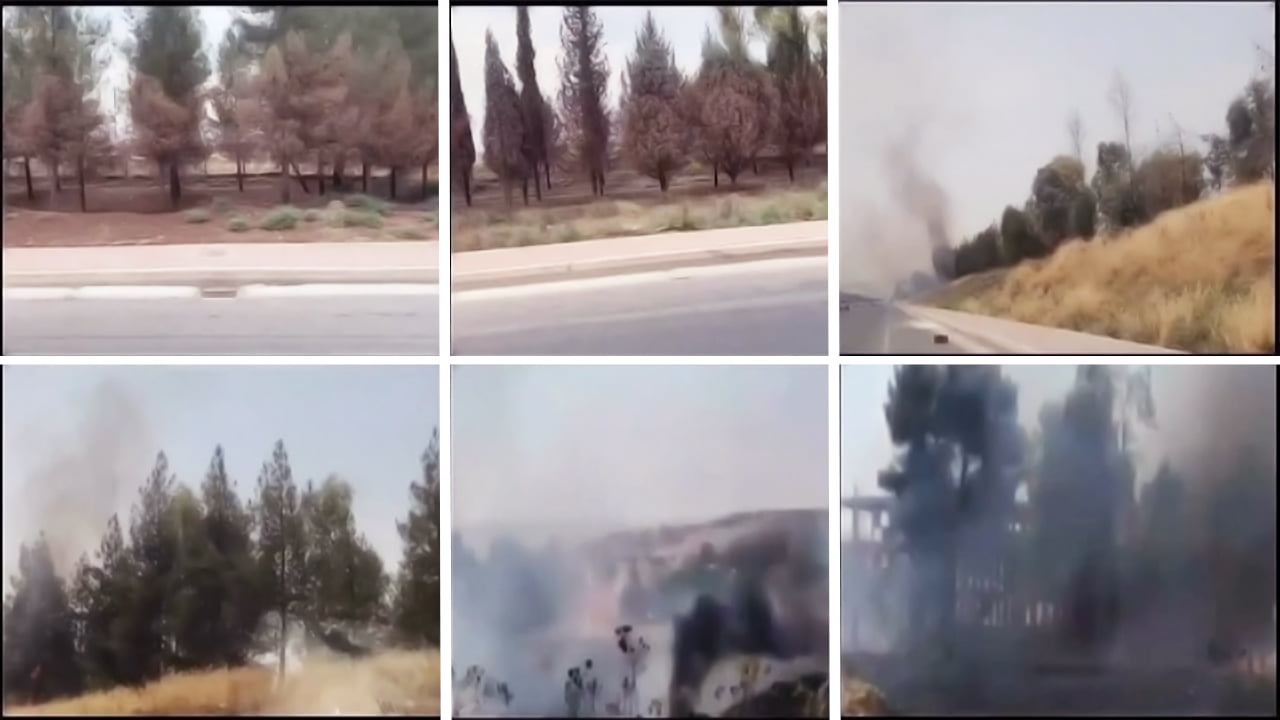 As global concerns over environmental pollution have increased, several organizations have campaigned and acted to save the environment. Despite this, ecosystems continue to face increasing threats.

In Iraqi Kurdistan, on 19 September 2020, people were awakened by an intense fire that affected thousands of trees on the Tasluja road in Sulaymanyah. People soon ascertained the cause of the disaster: Most of the lands and forests had been sold to a private company, Qaiwan Groups, which is one of the largest companies in south Kurdistan.

Hsen Hama Kareem, the Kurdistan Agriculture Ministry spokesperson, stated: “We received project plans to turn this district into a business district, but our ministry did not accept that because the trees give a heartwarming image to the city”.

He continued: “Since this has happened, we have contacted the concerned allies and asked for an immediate investigation into this matter. We deeply thank everyone who supported Kurdistan’s environment and soon, the perpetrators of these acts will be taken to court”.

Sulaymaniyah Municipal Council declared that “it is not true that the land has been sold to business projects or private companies. The fire was a natural accident, just like all the others”.

However, according to Ali Hama Salih from Awena newspaper, a member of the Kurdistan Parliament had stated earlier that there is a rough plan by those in power to burn the trees in Tasluja and Raparin road in Sulaymaniyah.

Salih has stated that “the plan involves pouring oil onto the trees during the night and setting them on fire to create a 100-million-dollar exhibition and revenue generating space”.

According to an investigation by the National Geographic on the forests in the Middle East: “Since 2000, wildfires and tree felling have claimed at least 2.5 million acres of woodland in the Kurdistan region alone, all part of a possible 20% reduction in vegetation there since 2014. At 1.7% forest cover, the Arab world has, by far, the least forest cover of any non-polar part of the planet, according to United Nations statistics. If the region continues to lose trees at its current rate, it might very soon have none”.

This year, there have been fires in Goizha mountain and other areas in the city which have destroyed over 20,000 pine trees. According to police accounts, the fires can be explained due to the irresponsibility of people when they visit the mountain and also due to the lack of service workers at the peak.

However, residents and environmental organizations have questioned the basis of these accounts, stating that these intense fires are exceptional and have not occurred due to the reasons provided by the ministries and the government.

A group of activists, writers and environmentalists – including Paiman Ezadin, Hawzhin Mala Amin, Gasha Dara, Hiwa Qadir and others – have lodged a claim in the public court in Sulaymaniyah and asked for a legal investigation into the case of these exceptional fires. They state that: “This disaster is a planned strategy to ruin the environment of Kurdistan and to turn the affected areas into business projects to generate revenue”.

Their appeal states that, “according with law No. 10 in 2012, relating to Kurdistan’s forests, it is forbidden to proceed with any business enterprises in the forest areas. That is why we ask you to investigate the case and punish the perpetrators of these fires”.

A public outcry over these fires and public pressure demands that a more in-depth investigation of the case is required if Kurdistan’s forests, which are a source of oxygen, life and beauty, are to be kept safe.