While a prominent human rights defender, Osman Kavala, was denied release once again after 46 months in detention, the Council of Europe's Commissioner for Human Rights released a statement strongly condemning not only the recent court decision but also the Turkish justice system.

Dunja Mijatović, the Council of Europe’s (CoE’s) Commissioner for Human Rights, released a statement on the prolongation of the detention of Osman Kavala, a Turkish businessperson and human rights defender who has been imprisoned for almost four years, initially on the charge of “attempting to overthrow the constitutional order by force and violence” and later on the charge of “spying.”

Mijatović indicated that the Turkish court’s decision to prolong the detention of Kavala perpetuated the violation of both his human rights and of Turkey’s obligation to abide by a final judgment of the European Court of Human Rights (ECHR).

ECHR ruled in December 2019 that Kavala’s detention constituted a violation of rights and that he should be released immediately. The ECHR ruling was ignored by the Turkish judiciary.

While Kavala was acquitted due to a lack of evidence in February last year, he was then faced with a new charge and allegation of “spying” and his detention was prolonged.

In September last year, the Council of Europe Committee of Ministers adopted a resolution calling for the release of Kavala, based on the ECHR ruling. 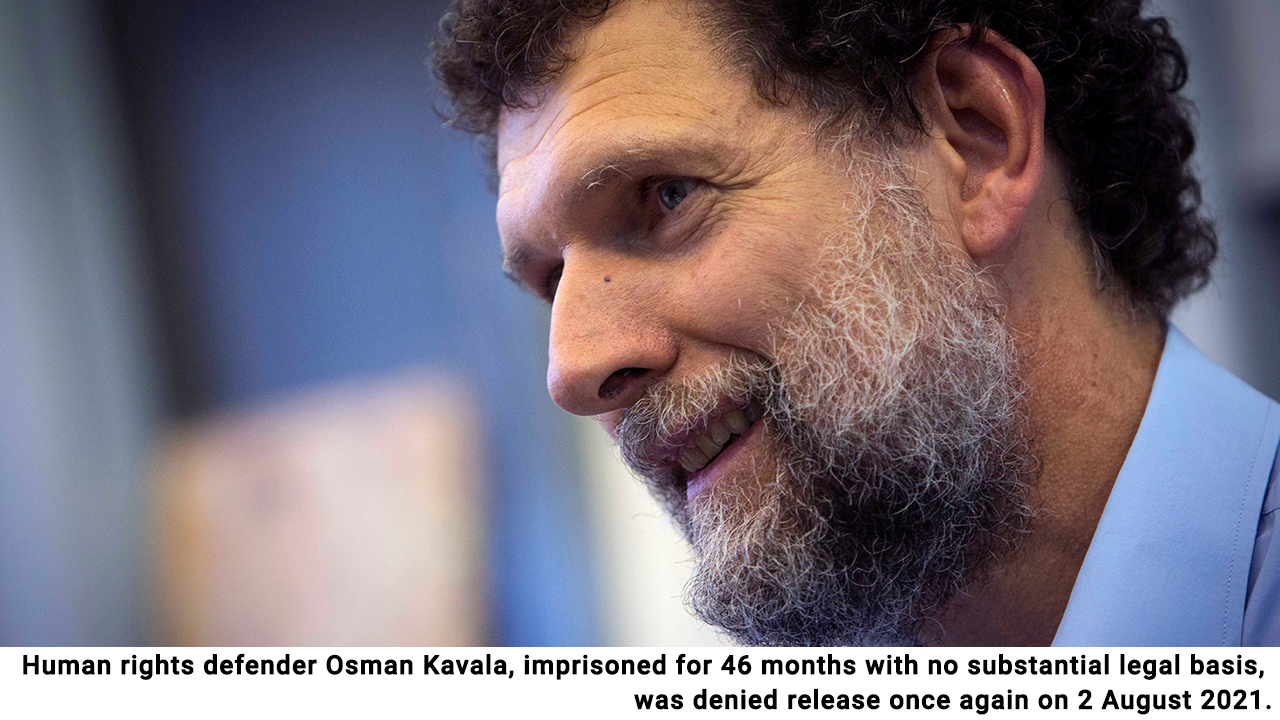 Pointing out that Kavala has been in detention for 46 months despite the ECHR ruling and the resolution of the Council of Europe Committee of Ministers, Mijatović said: “Instead of releasing Mr Kavala from detention, a domestic court rendered a decision on 2 August to merge the ongoing baseless criminal proceedings against him with another set of criminal proceedings relating to the 2013 Gezi Park protest, further undermining prospects for his release.

“He is a victim of a justice system that has been used to silence human rights defenders, lawyers and journalists and that has displayed unprecedented levels of disregard for the most basic principles of law, such as the presumption of innocence, no punishment without crime and non-retroactivity of offences, or not being judged for the same facts again.”