The political prisoner is a figure often taken for granted in historical discourse. The term covers individuals held in captivity for oppositional activities. Moving away from a view where prison was primarily an obstacle to politics, a hindrance to rather than a catalyst of one’s cause, to a more dynamic view where (political) prisoners used the category creatively against the regimes that imprisoned them.

Until prison itself became a realm and a vehicle of politics in the late nineteenth century, incarceration seemed to provide opportunities for political activities. This increased the ability for ‘protest’ in the cells, for example by educational activities and sites of cultural production. “When politics made itself at home in the prison cell, the political prisoner was born.”

According to Human Rights Association (IHD) there are 314,502 prisoners on remand and convicts in Turkey (7 August 2022). The Middle East Eye reports that Turkey’s prison-population has vastly increased since the 2016 July coup attempt. As of January 2019, there were 30 947 people in prison on charges linked to either terrorism or the coup attempt, and the vast majority is Kurds. In addition, tens of thousands of academics, journalists, politicians, civil servants, and others in prison, who did not commit any crime other than being affiliated with groups the regime sees as political threats. 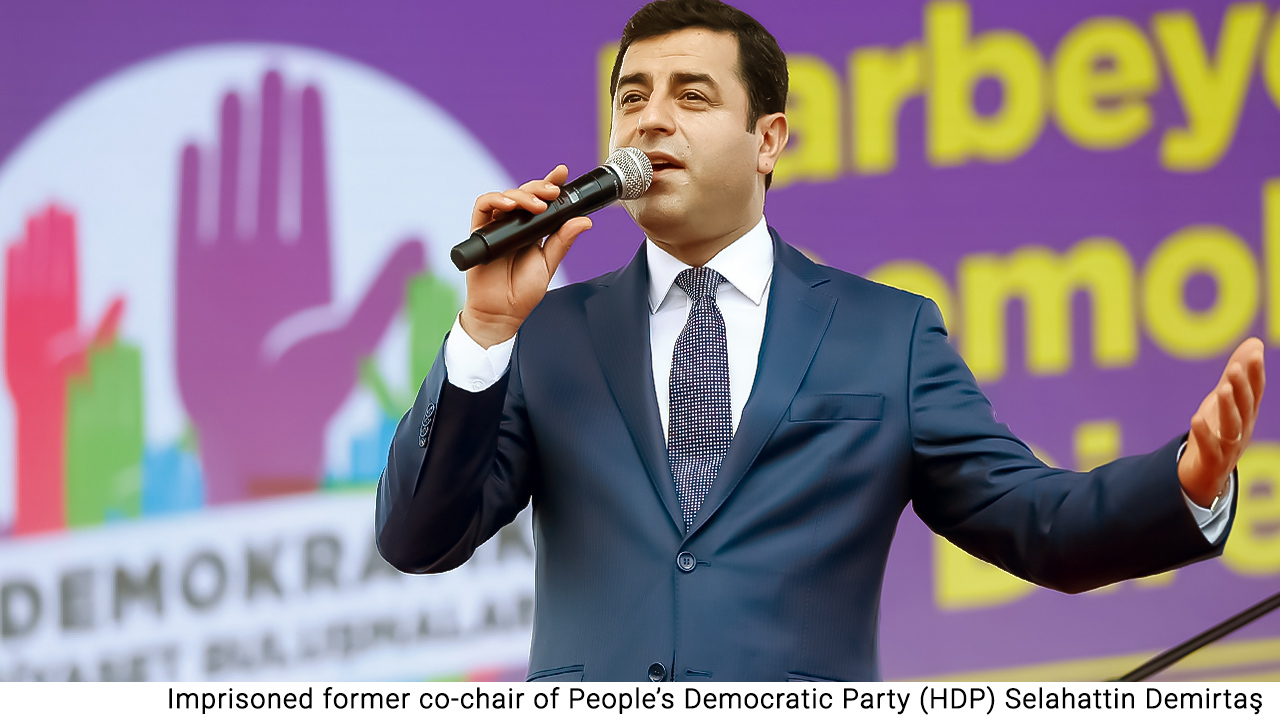 As the outside world often gets to know about the most prominent prisoners such as the isolated Kurdish leader Abdullah Öcalan, the former co-chairs of HDP Selahattin Demirtaş and Figen Yüksedağ and Aysel Tuğluk – a lawyer, MP, and women’s activist. Despite her latter’s severe illness and early dementia, the Constitutional Court (August 12) rejected an application for her release. Along with these well-known prisoners thousands of Kurdish political prisoners remain hidden and forgotten in various prisons in Turkey while those who protest or try to help them are being harassed, like the mothers of political prisoners, persecuted or end up behind bars themselves. Nelson Mandela once said that the best way to test a society’s conscience is to look at the way a given society treats its prisoners, especially political prisoners.

The Turkish regime has always cracked down hard on political opponents. Since 2015, more than 16,000 HDP members and administrators have been detained while over 5000 were later arrested and sent to prisons. One could assume that such a mass series of arrests would break the party and the will to continue its political path. However, the HDP’s foreign affairs co-spokespersons Feleknas Uca and Hişyar Özsoy claim they will not kneel before unlawful attacks by the government but continue the struggle for freedom, justice, and dignity, and resist both inside and outside of prison.

After the outbreak of Covid-19 Erdogan released 90,000 criminal prisoners, while political prisoners remained incarcerated. By doing this, the Turkish state underlined that prisons are meant to punish designated enemies of the state. Those who violate rights of individuals by murdering or robbing them can be regarded as less dangerous. Criminalising political prisoners though is a way to break the morale by not acknowledging the prisoners as what they really are.

Turkey has a long history of persecution and repression of opposition figures, including academics and students. At least 70,000 students are imprisoned. In 1994 the Kurdish geography student İlhan Çomak who was arrested at the University of Istanbul when participating in a peaceful demonstration. He was convicted of having political links to the PKK and was given a life-long sentence. Çomak has been incarcerated for 28 years. His writings from prison caught the attention of International PEN. Writing as resistance made him endure an unbearable and endless sentence.

Oppression, torture, killings, and imprisonment of political reasons have followed Kurds through history. Bould claims that under oppressive regimes groups of people or an entire people, as the Kurds, can suffer under the use of state-legitimized violence. In a totalitarian regime the entire nation is imprisoned as the individual lives in constant fear. Turkey has a heavy legacy of widespread violence and torture dating back to the 1980 military coup, that brought on a more stringent regime in Kurdistan. The PKK was hit particularly hard by the military repression. Nearly 1,790 suspected PKK members were captured, including members of the PKK central committee, during this wave of mass detentions. This was substantially more than from any other single Kurdish group.

Prison conditions were so harsh at the time that many political prisoners staged prolonged hunger strikes or committed suicide. Former political prisoners describe in detail the torture and horror they had to undergo for years. In Diyarbakır prison, alone 32 prisoners were officially acknowledged to have died between 1981 and 1984, while unofficial sources estimated many times this number. At Diyarbakır prison certain forms of resistance organized by the PKK following the military takeover, differed from the rest of the Turkish and Kurdish opposition among others by the phenomenon of self-immolation. 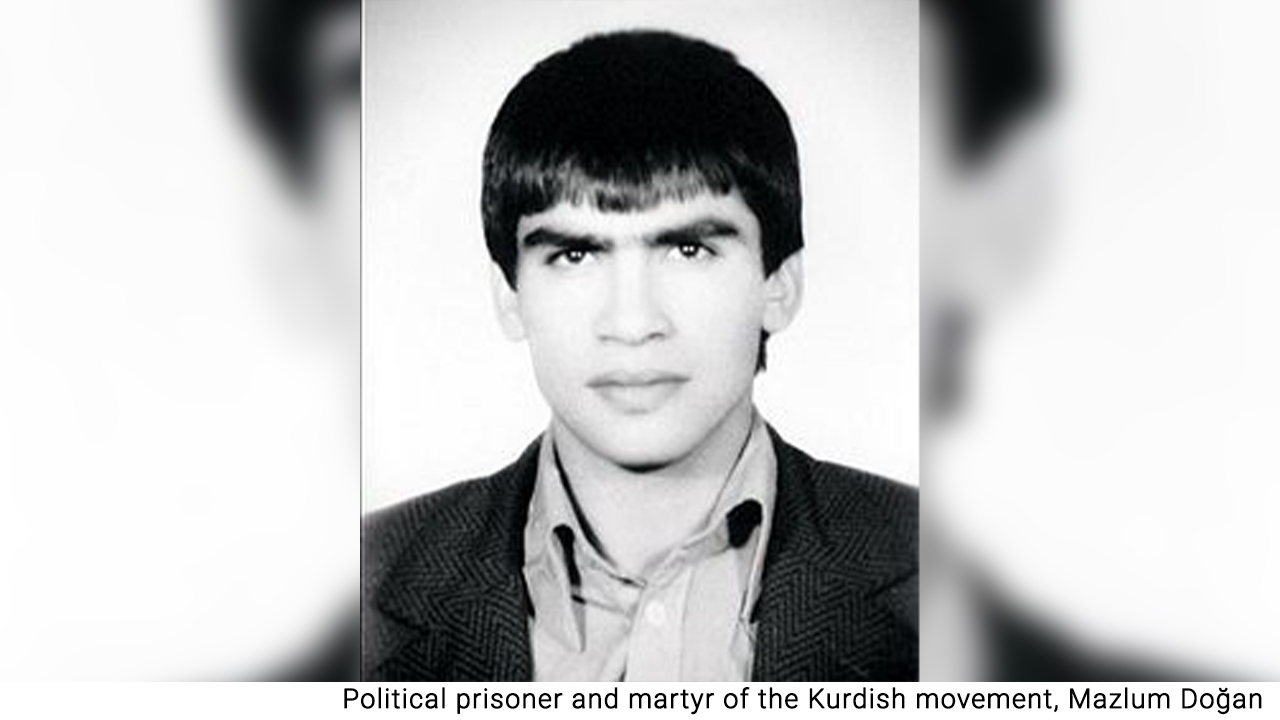 Narratives of martyrdom follow the PKK’s history. One early example is that of Mazlum Doğan who hanged himself in his cell in 1982. A few weeks later, ‘The Four’; Mahmut Zengin, Ferhat Kurtay, Esref Anyık and Necmi Öner immolated themselves together. Their comrades tried to put out the flames, but the four refused, insisting that it was a ‘freedom fire’. Many politically imprisoned PKK cadres chose to commit suicide rather than to confess false accusations. These first martyrs became examples to other PKK followers and political prisoners for the years to come, and the resistance in the prisons is still very much alive today.

Part two of this article will be published tomorrow.

*Mazlum Dogan was one of the seven participants at the very first meeting in 1972, resulting in the later foundation of the PKK.