Nationwide initiative in Germany calls for demonstration in Berlin against the criminalisation of Kurds.

On 27 November, Saturday, which marks the 43rd year of the Kurdistan Workers’ Party, the PKK, “Lift the PKK ban” Initiative (“PKK-Verbot aufheben“) calls for a demonstration in Berlin for the lifting of the ban on the PKK.

“The lifting of the PKK ban in the Federal Republic of Germany, as well as the removal of the PKK from the EU terror list would be further important steps on the path of dialogue and conflict resolution for the Kurdish question,” the Initiative said in a written statement.

“Based on this, we will demonstrate in Berlin on 27 November 2021. We call for broad civil society solidarity participation for the decriminalisation of the PKK,” the Initiative announced. 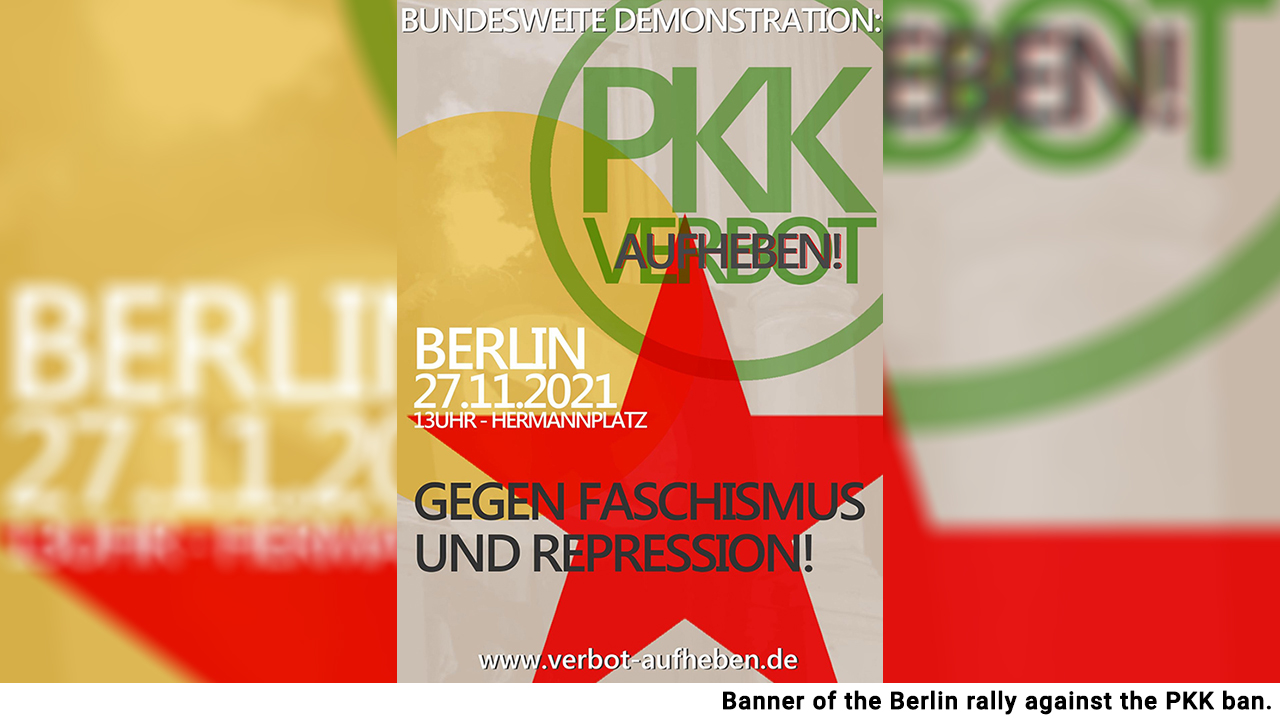 Speaking to Junge Welt, Ulrich Weber, spokesperson for the “Lift the PKK ban” Initiative, said since the 1990s, changing federal governments of Germany have subordinated their stance on the Kurdish question based on foreign policy interests vis-à-vis Turkey.

“There is no pressure on the federal government to lift the PKK ban. We want to change that. We are therefore appealing to public opinion. People are aware of the repressive political climate in Turkey and also of the Kurds’ struggle against ISIS. We are fighting to ensure that they are not denied civil rights here in this country,” she said.

Weber criticised the German authorities for tightening the repressive clampdown on the Kurdish movement whenever they meet with representatives of the Turkish government.

“26 November is the 28th anniversary of the PKK ban imposed by Interior Minister Manfred Kanther. Since 1993, the Kurdish freedom movement in Germany has faced increasing repression,” she said.

Weber stated that the section 129b of the penal code in Germany is used to prosecute alleged supporters of “terrorist organisations abroad”.

“More than 800 preliminary proceedings have been initiated in the last five years. Few have been convicted. These proceedings mainly concern people who have fled repression from Northern Kurdistan – the territory of Turkey where prisons are now overflowing with more than 60,000 political prisoners – to Germany. Here, the criminalisation against them continues. We want to put this taboo topic onto the agenda,” she said. 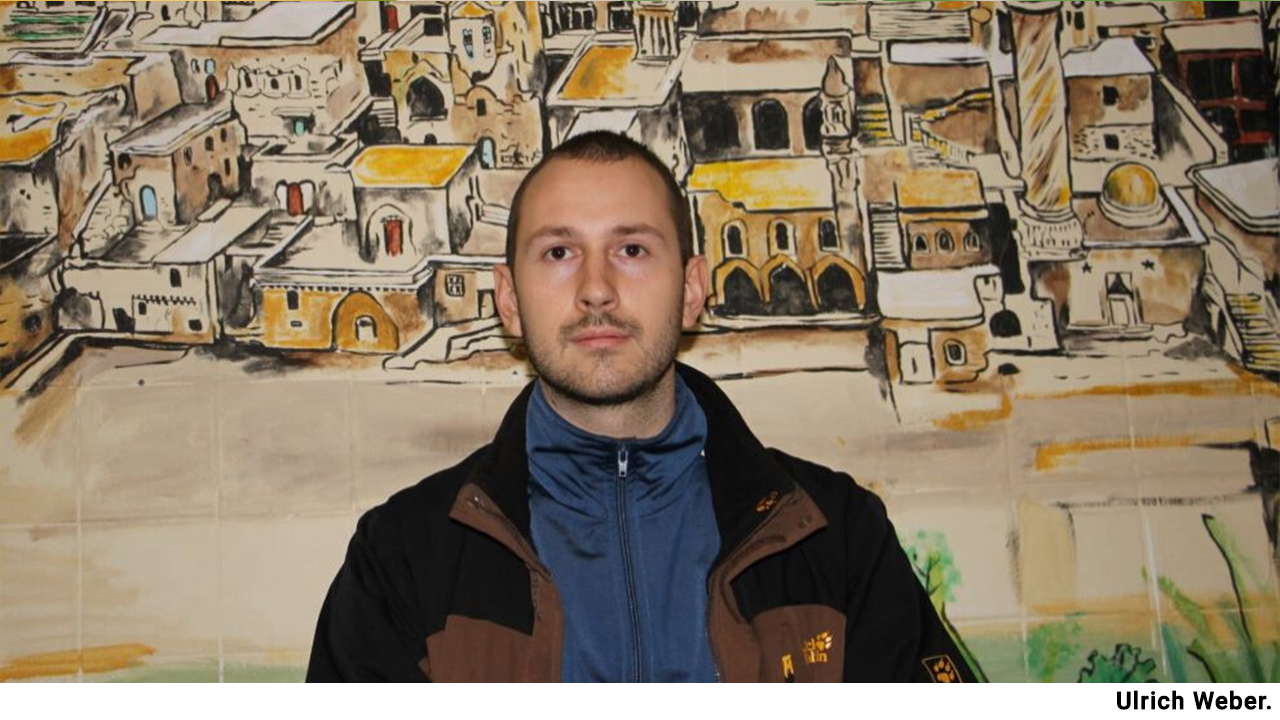 Although it is known that the Turkish state is permanently at war with Kurds in its own country, in Syria and in Iraq, Weber said the PKK is unilaterally accused of being the aggressor because it does not accept the sovereignty of the Turkish state.

Recalling the role the PKK played in Sinjar (Shengal), Iraqi Kurdistan in 2014 when the PKK had opened up an escape route for the Yazidis from the Sinjar Mountains from the attacks of the ISIS, Weber said: “At that time, there was a debate in the Bundestag whether the PKK ban was still justified. But after the danger from ISIS became less of a focus again, interest in it waned.”

“The PKK is not a military arm, but a social movement that represents the building of a council system,” she concluded.

The PKK is recognised as a terrorist organisation by Turkey, the U.S. and the EU.

In 2018, the European Court of Justice ruled that the PKK was wrongly included on the EU list of terrorist organisations between 2014 and 2017.

In 2020, the Belgium Court of Cassation ruled that the PKK could not be classified as a terrorist organisation.

The PKK and a people reborn

The PKK and a people reborn