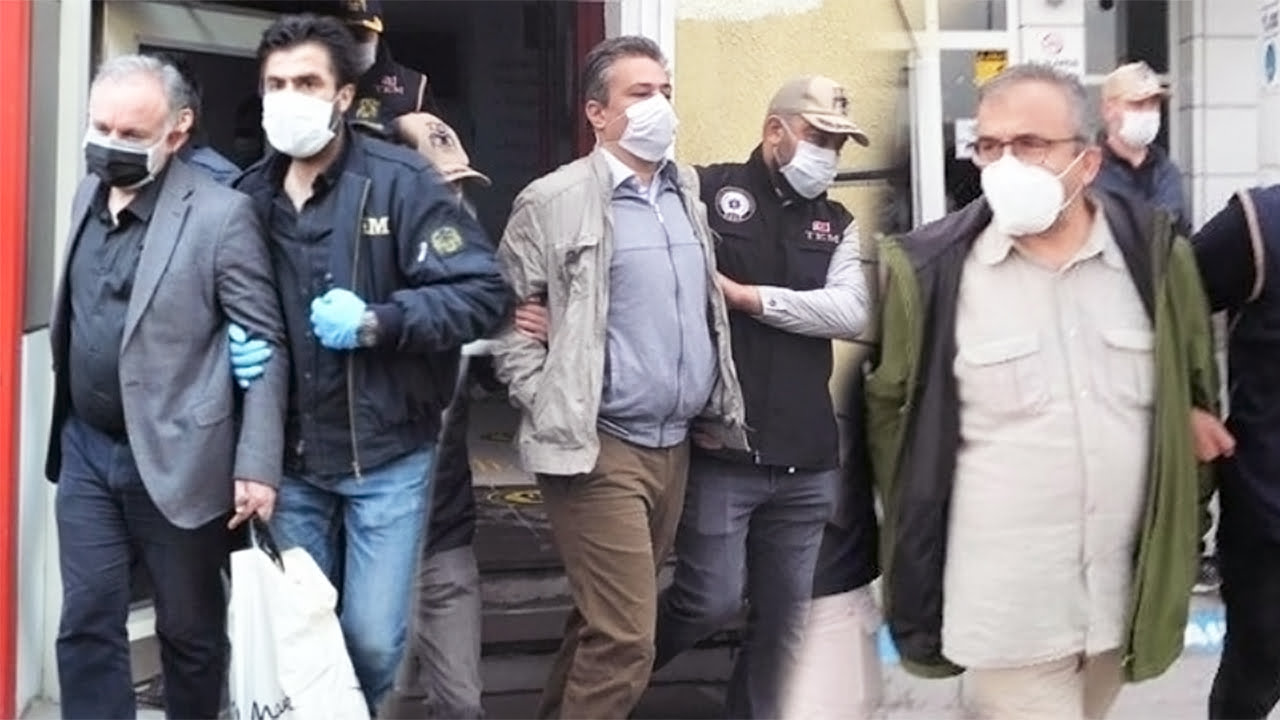 On September 25, arrest warrants were issued for more than 80 politicians and activists in Turkey, including many current and former members of the Peoples’ Democratic Party (HDP).

The charges were based not on recent incidents. The HDP leaders arrested in pre-dawn raids this week were accused of inciting violence and supporting terrorist organizations because they opposed the Turkish government’s support for ISIS during the siege of Kobanê – almost exactly six years ago.

Erdogan did not have to look so far back in time to attack the few prominent dissenters he has not yet imprisoned. He chose to do so because AKP government is still shaken by the defeat of ISIS at the hands of the Kurdish liberation movement – and the message that defeat sends to those seeking an alternative to war, nationalism, and dictatorship in the Middle East.

The Siege of Kobanê

In September 2014, ISIS set its sights on a seemingly unremarkable Syrian border town. Known officially as Ain al Arab, Kobanê was established as a stop along the Berlin-Baghdad railway. It was not a major population centre, and its Kurdish inhabitants had been economically marginalized and culturally oppressed by Syria’s Arab nationalist regime for decades.

When uprisings began in Syria, the people of Kobanê set up a revolutionary new government that would soon put them at the centre of world events. On 19 July 2012, they drove Syrian government forces from their city. A democratic administration based on neighborhood assemblies and community self-defense took their place. Within days, other Kurdish cities followed Kobanê’s lead: 19 July would be known as the start of the Rojava Revolution.

For the first time, the peoples of northern Syria were free to speak their own language and determine their own future. Their political model, based on decentralized democracy, pluralism, and women’s liberation, was also a first in the region. They defended their gains and expanded their revolution, liberating small pockets of territory along the border as they clashed with government forces and, increasingly, jihadist rebels. The People’s Protection Units (YPG) proved that they could fight, and the Democratic Autonomous Administration proved that it could govern.

ISIS, however, was a different kind of threat. The terror group swept through Iraq and Syria in the summer of 2014, overpowering state militaries, gaining control of an area of land nearly the size of the United Kingdom, and seizing advanced weapons and a formidable economic base. Reports of new atrocities in the territory it held surfaced nearly every day.

On the surface, it looked like the same fate would befall Kobanê. The YPG were outnumbered and lightly armed. At one point, they held just a few city blocks, and had to count every shot they took to ensure they did not run out of bullets.

What they had was the will to resist against all odds. For the people of Kobanê, a loss would be existential: ISIS would leave no one alive in the city, and those who fled would be unable to return home. A victory would be revolutionary: Rojava’s alternative would survive. There would be no middle ground.

The brave women and men fighting for life in Kobanê would go on to win, gaining international support and expanding their democratic project. ISIS would never gain territory in Syria again, and would lose the last of its physical “caliphate” to the Syrian Democratic Forces five years later. But in the fall of 2014, this outcome was not guaranteed – and Turkey was actively working against it.

The AKP government had two primary goals in Syria: overthrowing Assad and crushing any hope of Kurdish autonomy in the Middle East. Support for jihadists, they wagered, could achieve both of those priorities. That ISIS had already committed genocide in Sinjar, executed dozens of captives on video, and bombed European cities did not sway the calculation.

When the siege of Kobanê began, Turkey had been supporting extremists in Syria for some time. Foreign fighters from around the world travelled to Turkey and slipped freely across the border into ISIS territory. ISIS fighters were treated in Turkish hospitals, ISIS oil was smuggled through Turkey, and news footage showed Turkish personnel standing calmly within sight and shooting distance of ISIS positions.

While a peace process between the Turkish state and the PKK had been underway since 2013, the successes of the YPG still threatened Turkish interests. They had won a far higher degree of autonomy than Turkey would ever allow its own Kurdish population to gain through negotiations, and proven that the political vision of imprisoned PKK founder Abdullah Ocalan could be implemented with success. Their struggle clearly resonated with Kurds and socialists on the other side of the border – and, increasingly, with people around the world.

If ISIS were to take Kobanê, however, the short-lived Rojava experiment would likely be finished. The terror group would control most of the Turkish-Syrian border, and from there would be able to overrun other pockets of besieged YPG-held territory. The peoples of northern Syria – Kurds, Yezidis, Armenians, Assyrians, and others – would face forced displacement and outright massacres, destroying the region’s historic diversity.

In this regard, ISIS could “save” Turkey not only from a revolutionary autonomous political entity with growing international legitimacy on its border – but from the very people who made such an experiment possible. When Erdogan said that Kobanê would fall, he was expressing the state’s wish that the most powerful alternative to its nationalism and militarism would be crushed by terrorists who would help advance the Turkish vision of a region under one nation, one state, and one flag.

The only opponents of ISIS in Turkey were the people already struggling against tyrannical and exclusive nationalism. Kurds and socialists there had supported the Rojava revolution since its beginning. Many went to Syria to fight alongside the YPG, joining internationalists from across the Middle East and the world. Kurdish communities on both sides saw the border as illegitimate. It was impossible for developments on one side to not affect the other.

The HDP was aware of this. Like today, they were the one major party brave enough to criticize Erdogan’s aggressive and ultranationalist foreign policy. They had urged the AKP government to change its course from the beginning of the Kobanê battle, warning that inaction and support for extremists would derail the already fragile peace process.

They also knew that statements would not be enough. For many Kurds, the terms of negotiations were already a compromise. Asking them to watch as the government facilitated the death and displacement of their relatives in Kobanê would be an impossible demand. By endorsing an ISIS victory and blocking those who wanted to fight from crossing over to help embattled Kurdish forces, Erdogan himself made mass protests inevitable— regardless of what the HDP did or did not say.

While Turkish security forces watched ISIS advance silently from the border, they escalated against anti-ISIS demonstrators with ferocity. Tear gas and water cannons targeted civilian protestors and even foreign journalists. Police were slow to intervene in violent clashes instigated by hardline Islamist counter-protestors, while firing on peaceful Kurdish demonstrators without cause.

It is clear that state policy, not calls from the opposition, lead to injuries and deaths. At the time, even Erdogan did not consider urging action against ISIS to be outright criminal activity. HDP co-chairs Figen Yuksekdag and Selahattin Demirtas, who are now in prison on charges related to the protests, were elected to Parliament the next year. The peace process continued as well. Demirtas himself made this point in a 2018 statement: “Erdogan continued to talk to us, whom he has labelled as terrorists now, for five months”.

The “Kobanê events” have only become grounds for terrorizing Turkey’s opposition because Kobanê, despite Erdogan’s best efforts, did not fall. Six years later, the city is a thriving stronghold of the ideas that gave the revolution in North and East Syria life – while ISIS no longer holds territory.

For this, progressive forces across the Middle East are still paying the price. In Syria, Erdogan is trying to finish what ISIS started. Turkey invaded Efrîn, another stronghold of the Rojava revolution, in early 2018. In 2019, it took Serê Kaniyê and Tel Abyad. Hundreds of thousands of people have been displaced, and the ethnic and religious communities that called these cities home for centuries have been devastated in a campaign of forced demographic change.

In Iraq, Erdogan has strengthened his alliances with the Kurdistan Regional Government, and intensified both the war against the PKK and unilateral attacks on civilians. Turkish airstrikes have targeted Yezidi survivors of genocide in Sinjar and Kurdish families vacationing in resort towns near the border. KRG security forces, taking a page from the AKP playbook, threaten pro-peace political parties and round up demonstrators who oppose Turkish aggression.

Domestically, the opposition has been devastated. Several HDP MPs have been jailed since 2016, and nearly every prominent Kurdish mayor elected in the past two local election cycles has been removed from office and replaced by a regime loyalist. Millions of voters have been disenfranchised. The AKP has long since abandoned the prospect of peace to court nationalist voters, and the worst atrocities of the early decades of the war in Kurdistan – torture, arbitrary detentions, enforced disappearances – have come creeping back.

At the same time, the AKP regime’s power is not absolute. The Turkish economy is in free fall after years of corruption and mismanagement. Erdogan’s expansionism has brought him into conflict with more and more countries across the region, and new alliances are forming to challenge his geopolitical ambitions. New polls show that the ruling alliance lacks majority support among potential voters, and that more than half of young regime supporters want to leave the country.

An alternative is desperately needed. Erdogan is punishing the people who stood up for one that succeeded against all odds because he wants his country to believe that war and autocracy are inevitable. Just as in 2014, he is betting that tyranny is stronger than resistance – and just as in 2014, he is likely to be proven wrong. In the end, Kobanê did not fall. The people fighting for peace and democracy in Turkey and Kurdistan will not either.