The photograph of Lake Van shot by astronaut Kate Rubins whilst orbiting the earth in the International Space Station has been crowned the winner in a weeks-long NASA competition. Serene as that image is, images from ground level present a very different picture and perspective compared with the view from space. Lake Van faces a pollution crisis.

The photo of Lake Van, the largest alkaline lake on Earth – shot by Rubins on 12 September 2016 – has been crowned the winner in ‘Tournament Earth 2021’, a competition that was organised by the United States National Aeronautics and Space Administration (NASA).

Her photo – showing part of Lake Van in Turkey’s Van (Wan) province – and the award it garnered in the NASA competition, has made headline news in the national media of Turkey, but the pollution risks that threaten the very lake that has so gripped media attention because of the photo have not received due attention in most media reports. Mesopotamia Agency, fortunately, has critically reported this crisis that is unfolding before our very eyes. 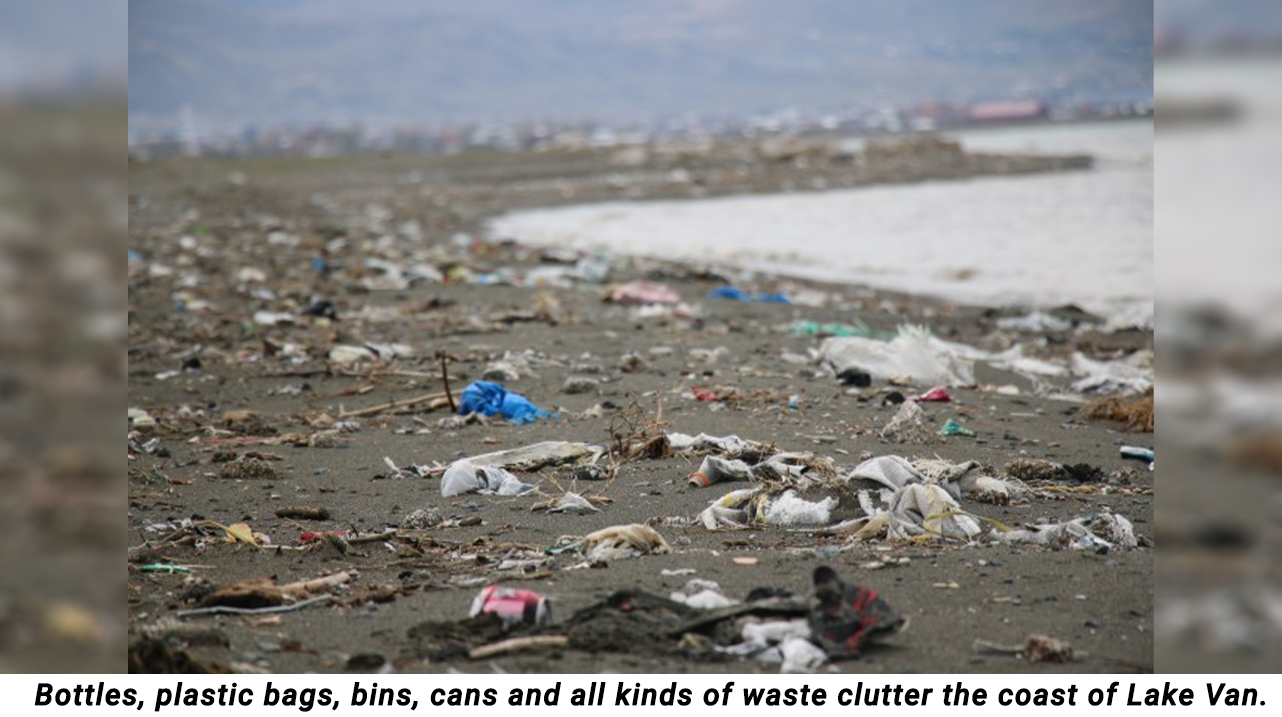 With an area of 3,755 square kilometres, Lake Van is a natural habitat for dozens of species of animal and bird life, but in recent years, it has faced pollution due to domestic and industrial waste, which has increased even more as the wetlands in Van have been opened to construction. 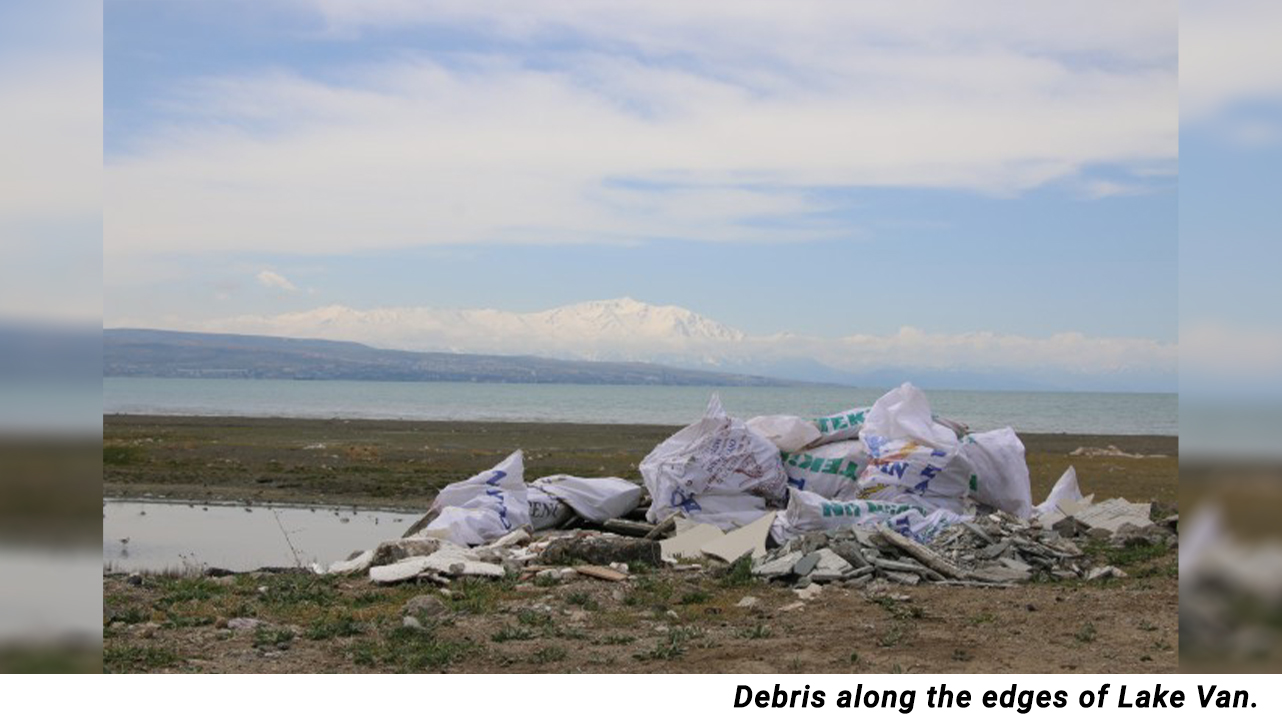 Domestic politics has also had a negative impact on the preservation of Lake Van. Van’s previous mayors – two members of the Peoples’ Democratic Party (HDP), elected with more than 260,000 votes during the 31 March 2019 general elections in Turkey – had taken numerous steps to preserve Lake Van. They and their respective municipality teams had declared the week of ’17-24 June’ as “Awareness Raising Days for the Van Lake Basin”. Various environmental campaigns were to be organised annually, even as they promoted steps for the ‘Van Lake Basin Protection Law’ to be passed as a bill in Turkey’s parliament and Lake Van to be included in the UNESCO World Heritage List. 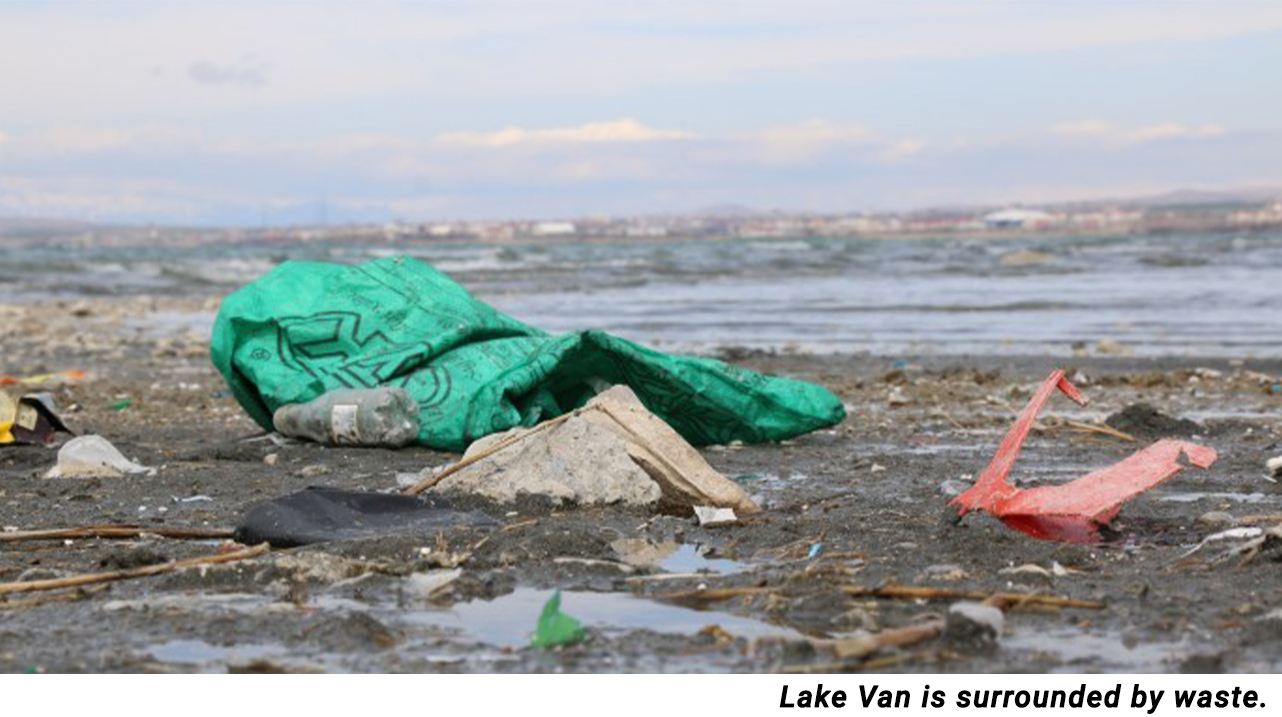 The political turmoil caused by these ‘trustee’ appointments has led to the interruption of the protection work that had been advanced by the HDP mayors. The lake has largely been left unprotected again. 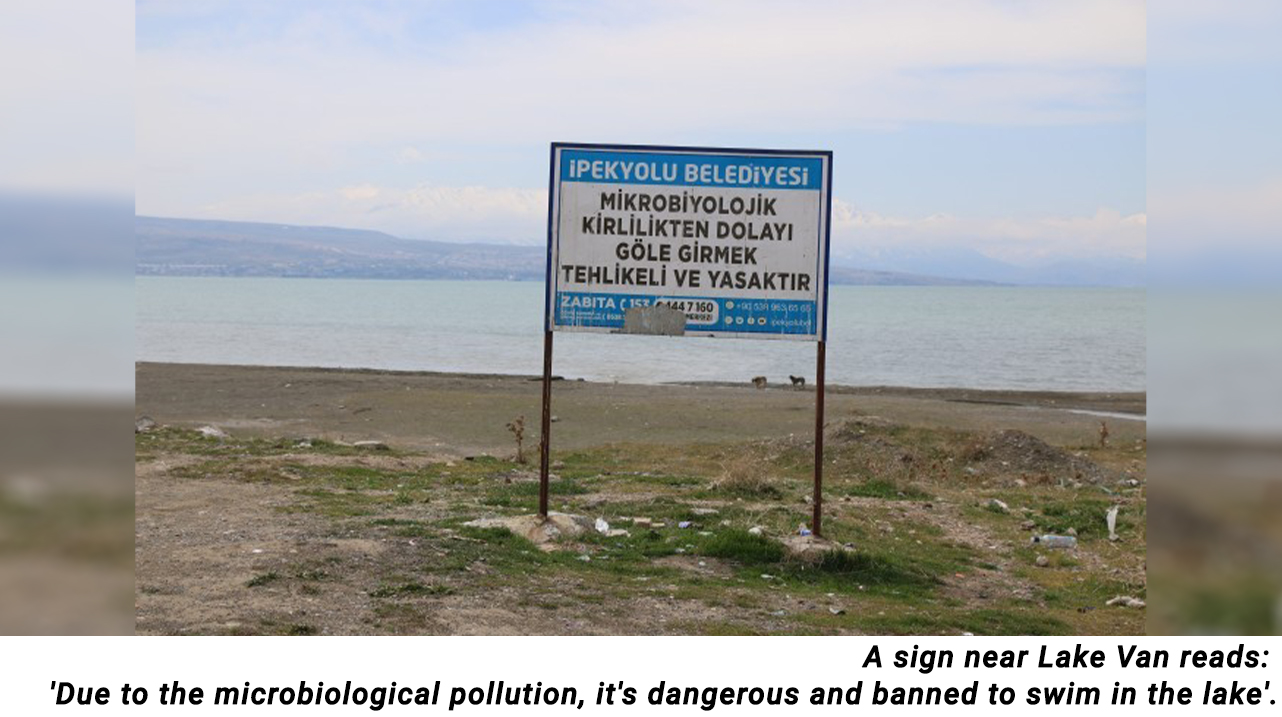 Recent footage by Mesopotamia Agency shows the waters of Lake Van surrounded by piles of garbage bottles, plastic bags, bins, cans and all kinds of waste. It has long been exposed to pollution due to the drains flowing into the lake. The local municipality services – which are now being run by the ‘trustee’ appointed by the Turkish central government – have reportedly been piling up debris around the lake, which has further caused pollution in the lake area.