Many towns and villages in North and East Syria continue to suffer daily from the attacks and crimes comitted by the Turkish army and Turkey’s affiliated armed Jihadist groups.

Til Emîr village is one of those villages in Hasakah province in northeast Syria where Kurdish and Arab people used to live in harmony and peace without the fear of bombs or violence until Turkey’s attacks on the region intensified, reports Hawar News Agency.

Arab and Kurdish Villagers in Til Emîr shared their thoughts on living under attack and resisting against Turkish aggression. 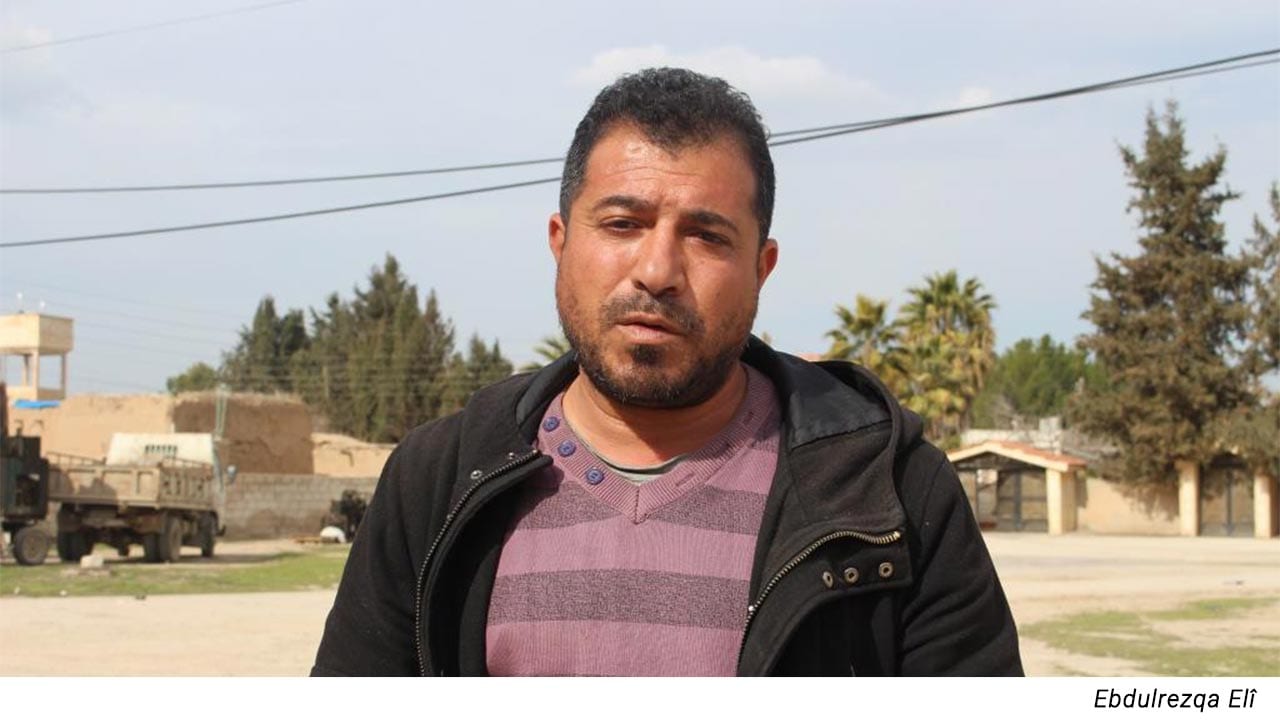 Ebdulrezqa Elî believes that the attacks targeting their village and region are “Turkish occupation attacks”.

“The occupiers will not succeed,” he said, “We as Arabs and Kurds live in harmony together in this village. We will defend our lands against Turkish aggression together.”

Ebdulezîz Mihacrî, another villager from Til Emîr, explains that some people had to leave the village a while ago due to the attacks, but now they have began to return. 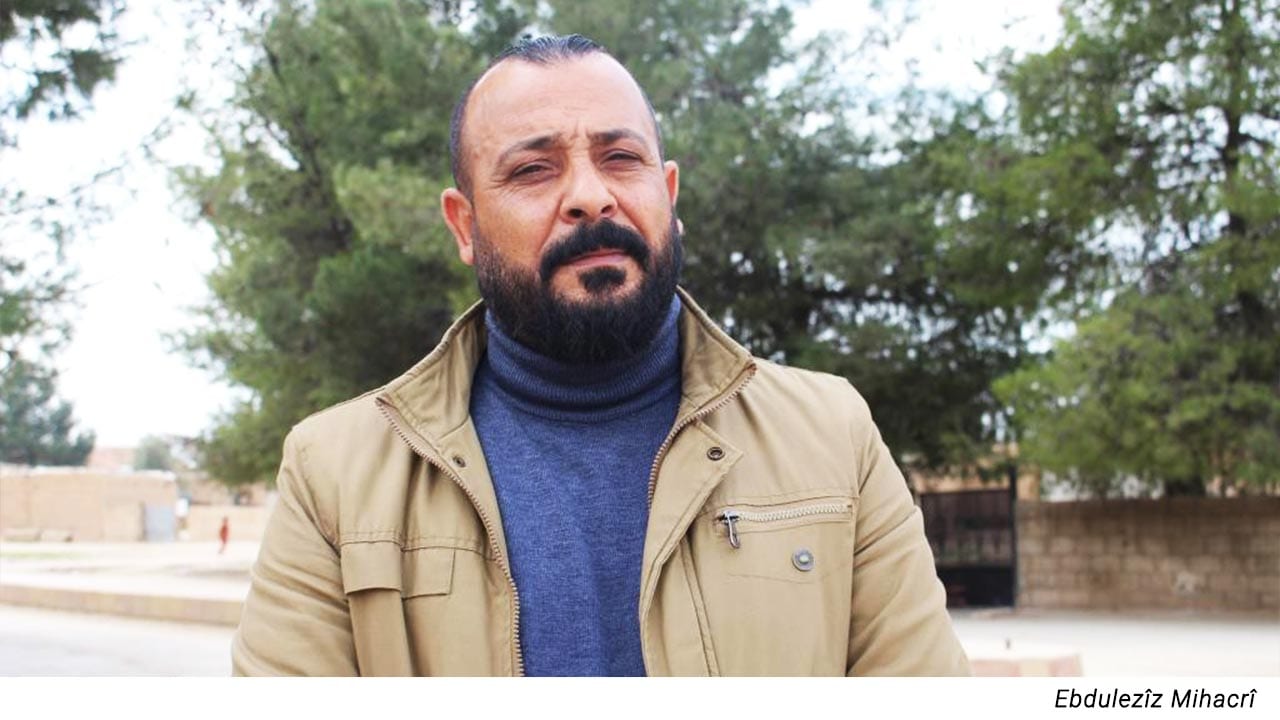 “Turkey has been bombing our village on and off, for a year. At the beginning of the bombardments, many people left, fearing war crimes that Turkey’s armed gangs might commit, but many have returned and now, together, we are these attacks, ” he said.

Stating that the villagers are organised according to the principle of “Brotherhood of the peoples”, Mihacrî said, “Kurdish and Arab villagers now fight together. We are struggling to protect the North and East Syria. We will resist to defend our homes.” 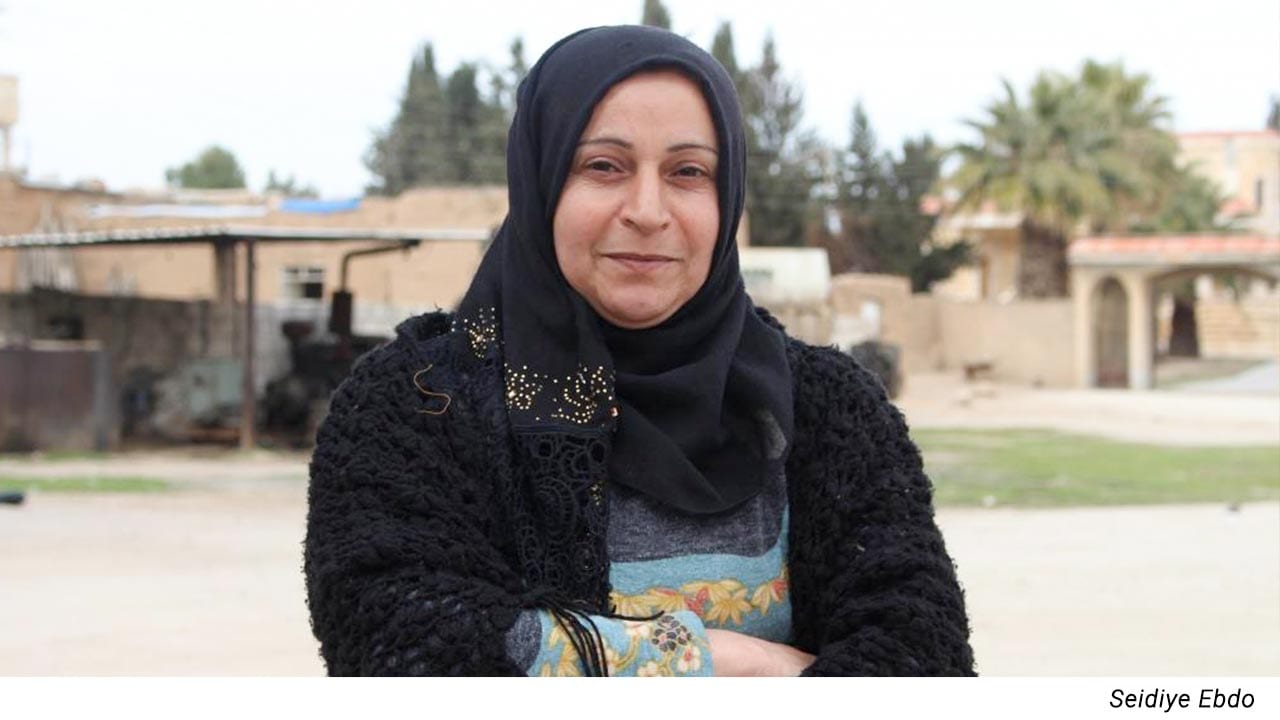 Seidiye Ebdo shares her feelings about what it means to live in Til Emir under daily attack. “They bomb our village and blockade the entrances of our village almost every day. We hear the bombs during the day,” she said.

Throughout North and East Syria it is women who are the ones most targetted by Turkey and jihadist gangs affiliated with Turkey. Women’s kidnappings and sexual violence against women are very common in the region.

Despite these threats and danger Seidiye has decided to stay. “We will not leave our homes, even if only one person is left, we will still be defending our village,” she said. 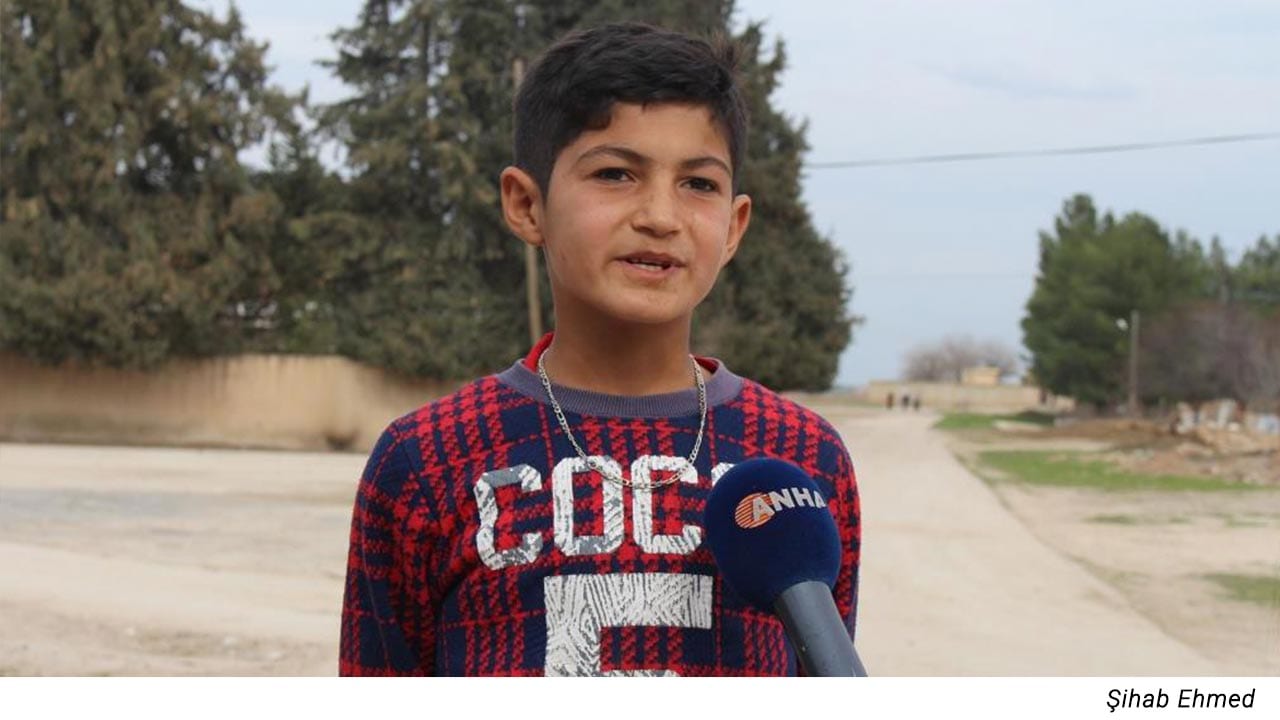 Şihab Ehmed is one of the children of the village who has to go to school under bombardments each and every day. Like any other child living in a war zone he admits that he is scared.

“We see or hear the bombs that belong to the occupier Turkish army. We are very scared., but still we try to keep up with our education and do our best to go to school every day,” he said.