Analysis of the pandemic in Diyarbakır, Van, Batman, Mardin and Urfa 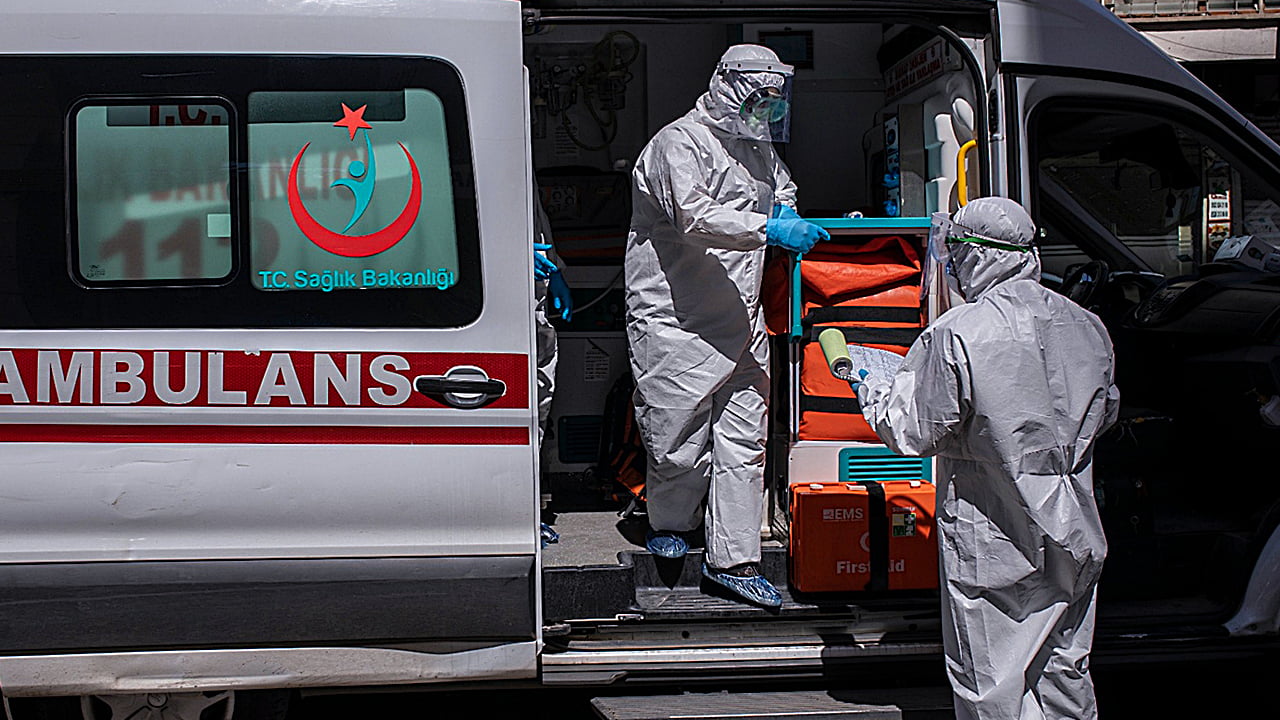 The ‘normalisation’ process, launched on 1 June, has led to a reported increase of Covid-19 cases in several cities in Turkey. As emergency services have reached full-capacity in several cities, many patients have died whilst waiting to be treated and allocated hospital beds. The latest situation in the cities of Diyarbakır, Van, Batman, Mardin and Urfa is a cause for concern.

Covid-19 data presented in recent weeks suggests that the gap between the numbers of ‘recovering patients’ and ‘new patients’ has been increasing. The number of infected people continues to rise. Many analysts had earlier suggested that official figures needed to be multipled by three before 1 June to arrive at more accurate ‘guestimates’. Since late August, however, they have suggested that it seems more appropriate to multiply official figures by seven to eight to arrive at more realistic assessments of numbers.

Even though the Minister of Health has stated that the situation is under control, hospitals are being overwhelmed by admissions and patients with Covid-19 are losing their lives whilst waiting for hospital beds where they can be treated. The Health and Social Services Workers’ Trade Union (SES), the Turkish Medical Association (TTB) and the Chamber of Medicine have stated that there are medical supply shortages and that healthcare workers are at the point of exhaustion. We analyzed the situation in Diyarbakır, Van, Batman, Mardin and Urfa. 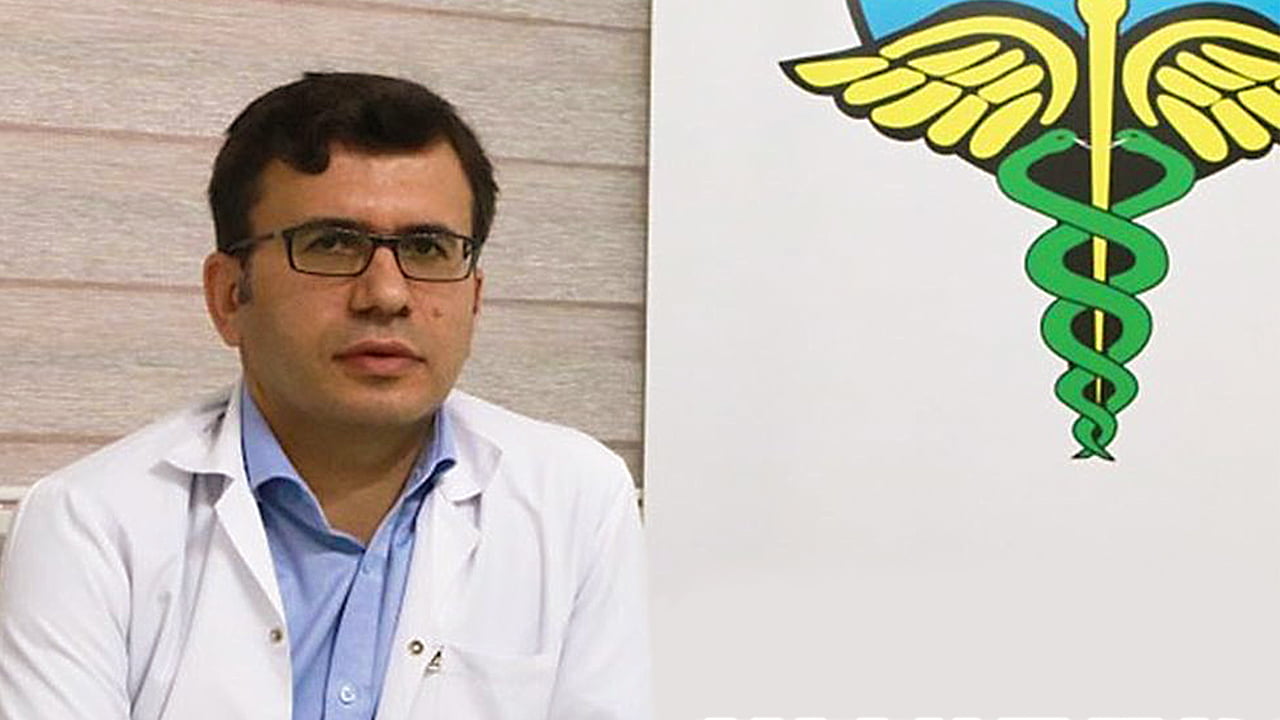 Dr Halis Yerlikaya, a member of the TTB and Diyarbakır’s Gazi Yaşargil Research Hospital, points out that launching ‘normalisation’ so quickly (i.e., from 1 June) is one of the primary reasons we are witnessing increases in the infection rate. Diyarbakır is near the top of the ‘critical provinces’ list and is experiencing a peak during this ‘second wave’, she reported.

Dr Yerlikaya added: “We think that the data presented by the Minister of Health does not reveal the true situation. Diyarbakır is one of the provinces registering the highest increases in Covid-19. All of our hospitals are working at full capacity. Intensive care units are completely full. Even the Research Hospital, which was not declared a pandemic hospital, has been converted to treating those in intensive care. We know that over 700 patients have been hospitalized. These figures are ones we have gathered on our own”.

Dr Yerlikaya reported that patients whose conditions on arrival were not severe were being sent back to their homes because all hospital beds were being used to treat only severely affected Covid-19 patients.

Dr Yerlikaya added: “The wards are full, so we can only begin to treat new patients after either an existing patient recovers or dies. We have to send many people coming to us for treatment back home. There have been deaths among those we couldn’t initially treat and had to send back home. By the time their cases became urgent and we could begin treating them, it was too late. There have been times when we have lost fifteen people in one day in a single hospital. Our hospitals have really been working at full capacity”. 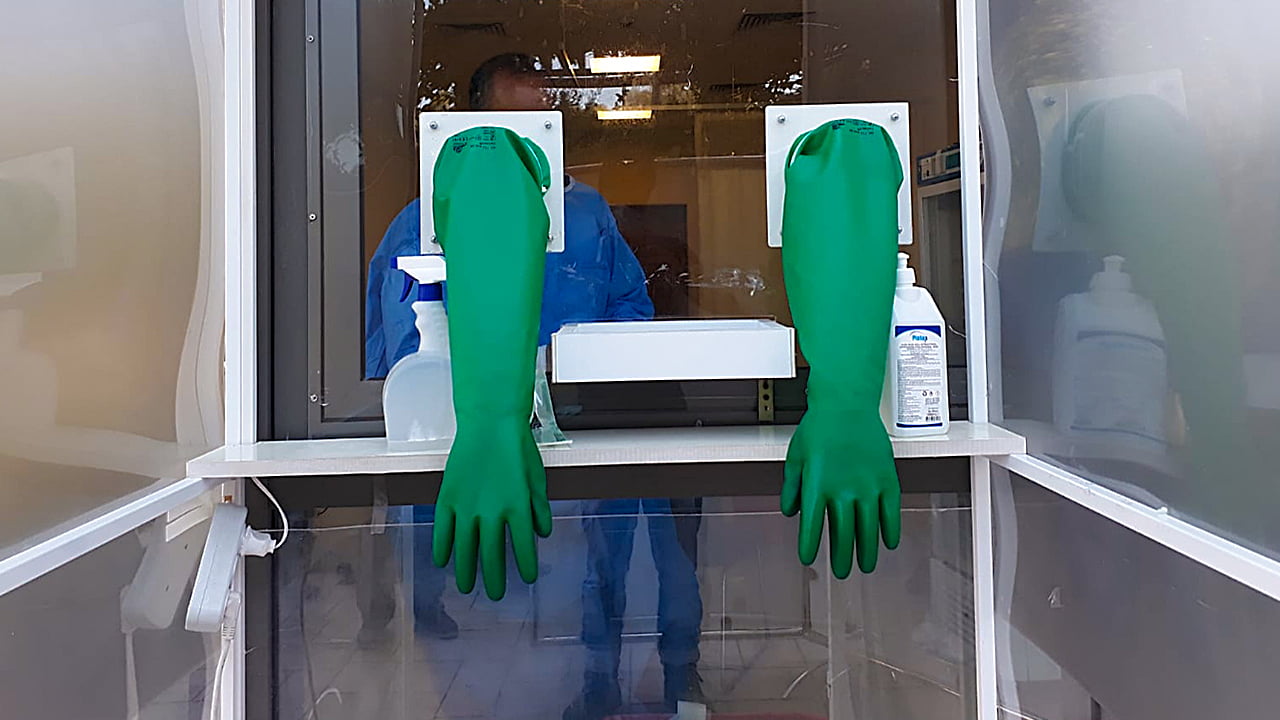 The city of Mardin does not possess a university and research hospital. There is a public hospital in all districts, all of which are abiding by pandemic regulations. Mardin Chamber of Medicine chair, Volkan Binbaş, confirmed that there has been an intense increase in Covid-19 cases in Mardin to the point that 90 percent of the hospitals are full. Binbaş stated that the intensive care units are full.

He described the following situation in the hospitals: “The ‘easing’ process implemented as of 1 June has led to a significant increase in Covid-19 cases. While deaths previously had not yet reached ten, after 1 June, these figures steeply rose. We exceeded the officially announced figures by a factor of ten to twenty. We think that the total number of cases has reached around 20,000. We estimate that the number of infected health workers stands at over four hundred.

“The situation in our hospitals is extremely serious already and we know it will only get worse with other seasonal illnesses also affecting people. It is very difficult for people to be treated in other areas. Many people have died due to respiratory failure. I think that if sufficient measures are not taken and the Covid-19 numbers increase with the opening of schools, there will be chaos in the coming days”.

Topkan added: “Before this week, 300 out of 700 people tested were found to be positive, but this number has decreased to around 250 this week. This represents a slight decrease. There was no room in our hospitals last week, but at the moment we have a few spaces available to treat new patients. Many of our patients, who had been rushed into intensive care whilst waiting for hospitalization, have died. These types of critical concerns have not only occured in Batman. They are occurring right across Turkey”.

Topkan stated that despite facing this emergency situation, a maternity hospital which was due to have opened eight years ago, still isn’t operational. He added: “They should open this old state hospital. It remains unused. Peoples’ health cannot be managed this way. Decisions made by local regions are not being taken seriously by the centre. The appeals of health institutions to meet with the ministry to discuss these matters are not considered. It seems health concerns relate to how much money one has in your pocket. People pay thousands of liras (Turkish lira) to be treated just for one day in private health institutions. Poor people cannot access medicine. Solely this fact indicates the parlous state of the health services”.

Urfa: “We have staffing problems even in our existing hospitals” 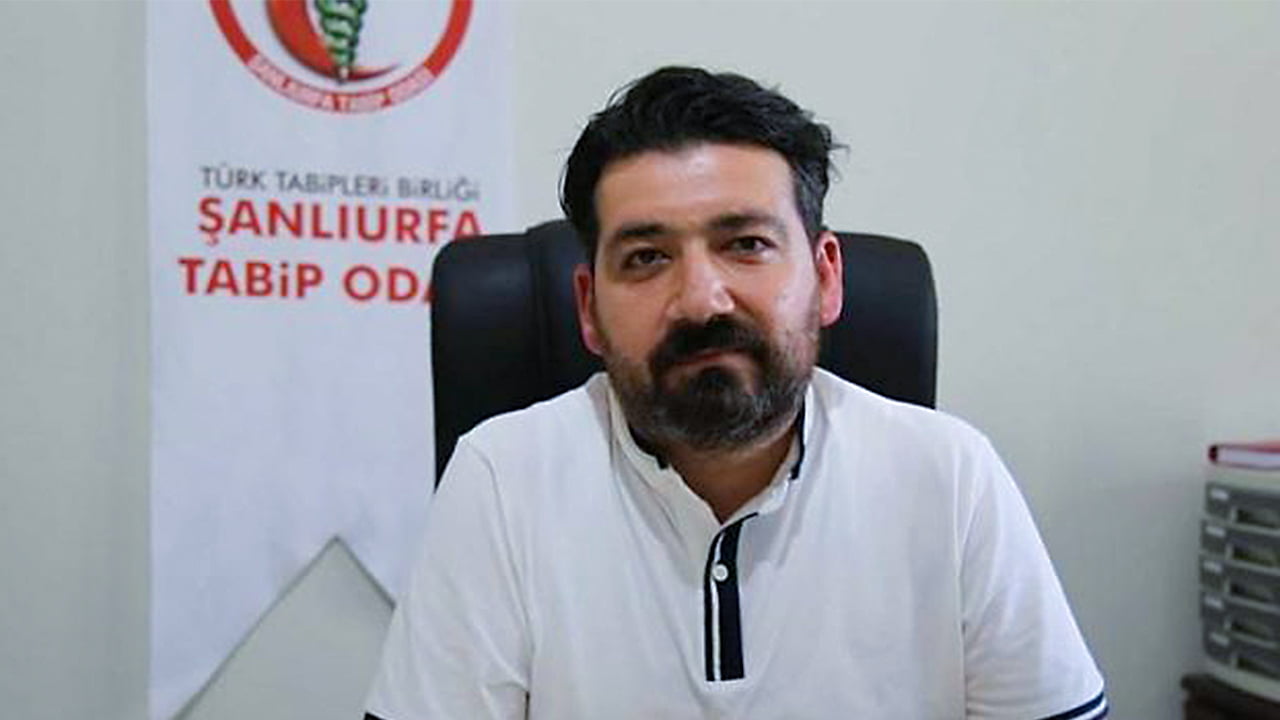 Problems continue in intensive care units in Urfa, noted Urfa Chamber of Medicine Chair, Osman Yüksekyayla. He also stated that the governorship has not provided data highlighting the Covid-19 case situation in the city for some time. Urfa city may face serious problems due to a possible increase in Covid- 19 cases in the next few days, he warned.

“If an increase in numbers occurs due to an influenza outbreak and the reopening of schools”, he concluded that “Urfa will not be able to cope. It has been said that a new hospital will be opened. However, the problem remains as to how it will function. Will it have sufficent intensive care staff to treat people? We have staffing problems even in our existing hospitals. This problem should be solved. We think that the main way to combat the pandemic is by preventing the spread of Covid-19”.

Van – No different from other cities

The problems in the city of Van are no different from other cities. Van-Hakkari Medical Chamber board member, Hüseyin Yaviş, stated that a significant increase of Covid-19 infections has occurred because of the “normalisation” process. Yaviş also pointed out that hospitals are already at near-capacity. Any increase in Covid-19 cases can lead to a serious crisis situation. 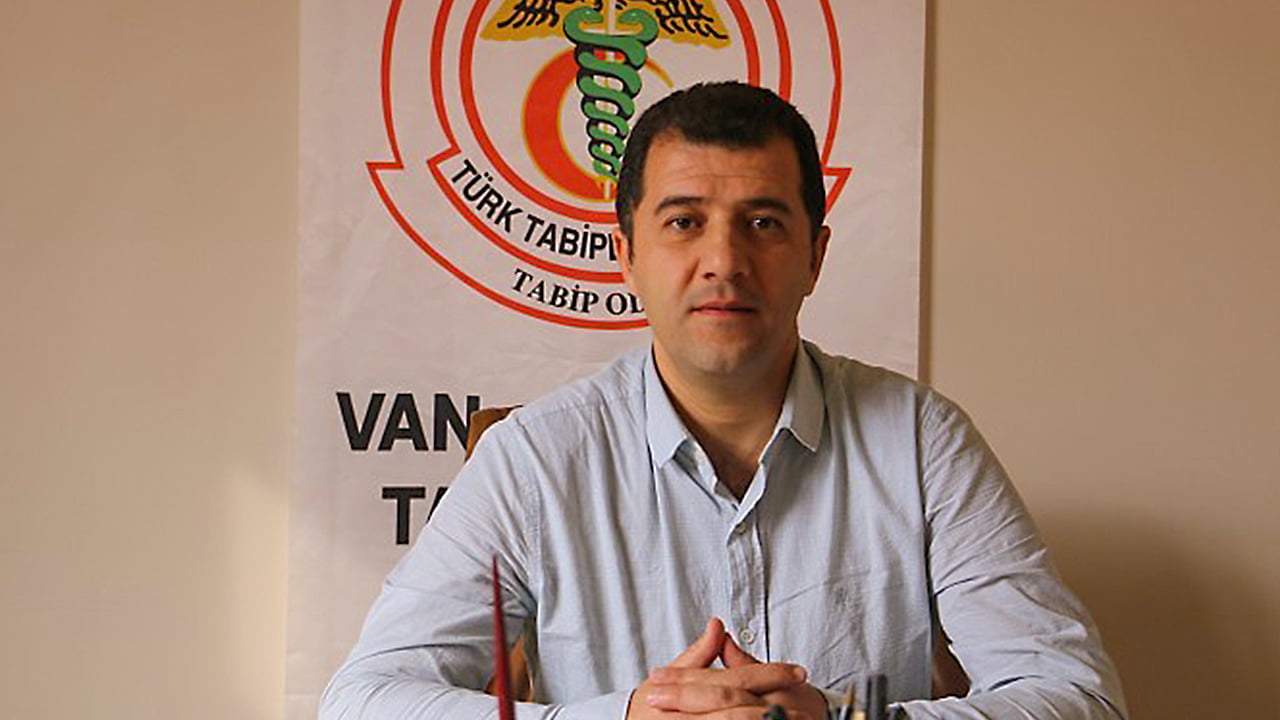 Yaviş stated that the hospitals do not have the capacity to treat all positive Covid-19 cases that are referred to them. Already, they are having to send people who have tested positive with Covid-19 back home. He reported that around 400 positive cases are reported each day in Van.

Yaviş described the situation as follows: “Around 800 patients per day come to Van Training and Education Hospital. Sometimes this number is exceeded. Hospitals will be experiencing major problems soon. We know that there is an 80 percent occupancy in a block opened in the Regional Hospital. If Covid-19 cases needing urgent treatment increase in the coming days, we may well experience full occupancy levels. Also, apart from tests, people are diagnosed by tomography. But this does not always ensure a correct diagnosis. Infection cases can be missed this way”.

Suggesting that the Covid-19 cases in the field are at least ten times the figures issued by the Ministry of Health, Yaviş said: “This faulty process badly affects our ability to fight the pandemic. Restrictions have been implemented in fourteen cities, but decisions are not very realistic. The transmission of the virus from person to person is instantaneous. If proper precautions are not taken, we may have worse days to come”.

French Foreign Minister: Sanctions on Turkey will be discussed at European Council meeting

Analysis of the pandemic in Diyarbakır, Van, Batman, Mardin and Urfa

French Foreign Minister: Sanctions on Turkey will be discussed at European Council meeting