Nagihan Akarsel, a Kurdish scholar, activist, journalist and co-founder of the feminist Jineology Research Centre, was shot dead earlier this week in an armed attack in Sulaymaniyah, Iraqi Kurdistan. Her death, which recalls previous extrajudicial killings of Kurdish women’s activists by the Turkish intelligence services, has sparked protests in Kurdistan and around the world. Here, her friend and colleague Haskar Kırmızıgül shares some reflections on her life, work and untimely death. The audio version is read by Rahila Gupta.

Nagihan Akarsel, a Kurdish scholar, activist, journalist and co-founder of the feminist Jineology Research Centre, was shot dead earlier this week in an armed attack in Sulaymaniyah, Iraqi Kurdistan. Her death, which recalls previous extrajudicial killings of Kurdish women’s activists by the Turkish intelligence services, has sparked protests in Kurdistan and around the world. Here, her friend and colleague Haskar Kırmızıgül shares some reflections on her life, work and untimely death. The audio version is read by Rahila Gupta.

I wanted to start with a poem. Then I saw that the poem is you. Smiles overflowed as you spoke, your words resembled blooming branches. Thanks to you, I know how it feels to live life poetically. It turns out that it is not that abstract after all. Your words were a journey that makes your heart tremble, gives you goosebumps, accelerates your heartbeat, and takes you far away from pain, injustice, and ugliness. Now I wish I had recorded those conversations. Is the human an ungrateful being? The many times I left seemingly bottomless pits by holding on to your words! Your plain and simple words made me understand the meaning, philosophy, and beauty of the fight again and again. How nice it was to breathe life in the taste of poetry.

Now I am borrowing your words to describe you as you are. Losing is such an eternal thing. It is so spaceless and homeless. So endless and limitless. It’s a truth that you can never capture, even if you encounter it a thousand times, a million times. Days, months, hours, that is, the surface measure of time is suspended when it comes to loss. Remembering your belief in the energy of the universe, I try to grasp your absence. And your existence… I can’t measure what happened on the scale of time. This is the end and the beginning of time.

A life which flowed 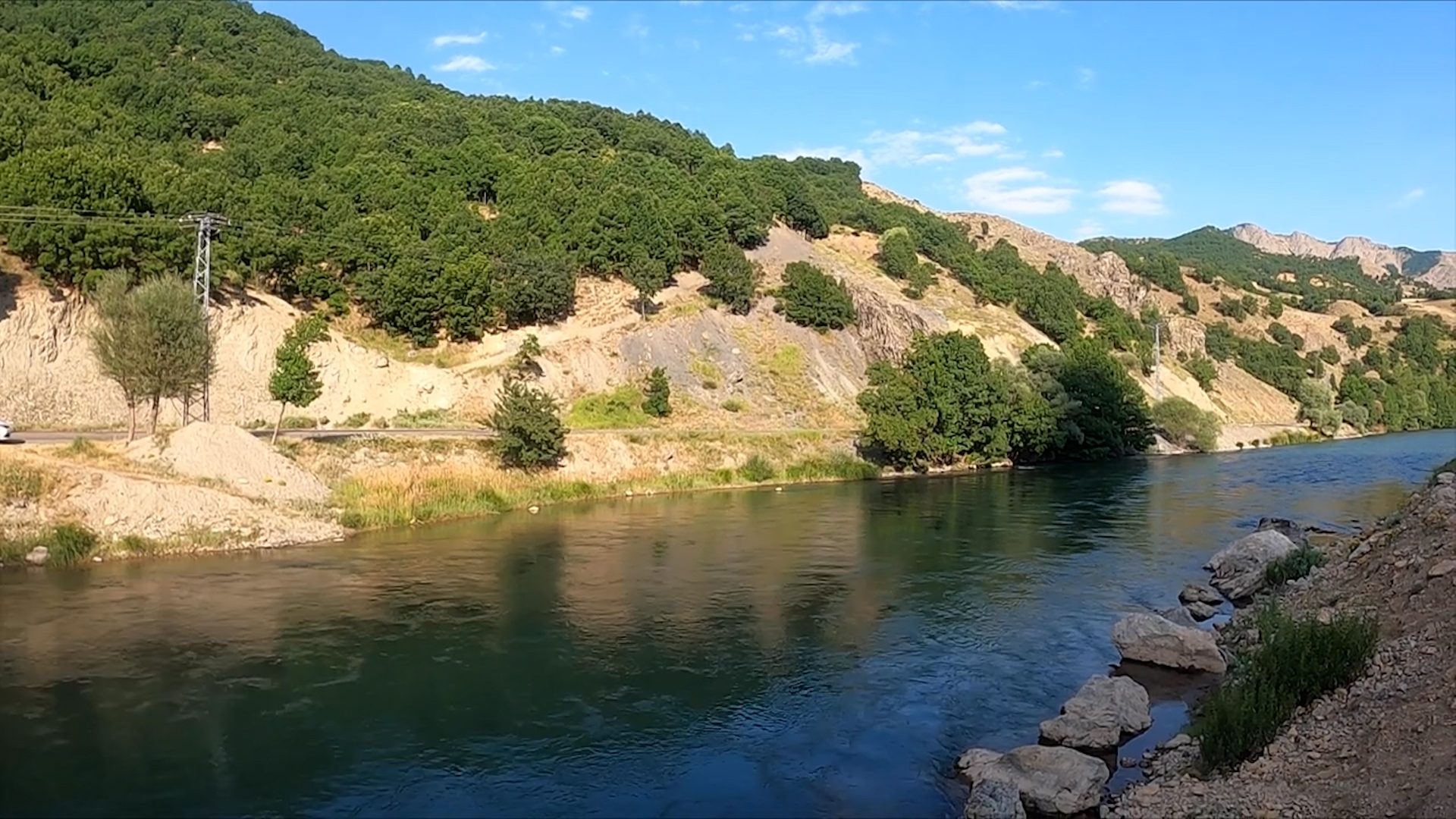 I wonder, can evils stop the flow of water? They cannot. You were a stream of water. A flow that seeps through your tongue, body, heart, and consciousness. Like rivers flowing in spring, you would destroy the borders placed between your mind, emotion, and consciousness. You were a silent stream that clings to its soil whenever heavy pain and loss prevailed. Gently, without hurting the soil, you were a flow, so thin that it was about to dry out and yet so determined to survive. When your aim was to renew, to create, to start something, to build, you would become like a waterfall finding a way by splitting mountains in spring. And when it came to teaching, you were a soft drizzle of spring rain. Whenever the longing became insufferable, whenever cities felt too narrow for you, whenever ugliness suffocated you, whenever loneliness seemed unbearable, you would run for the mountains. Then you’d be a sudden summer rain. 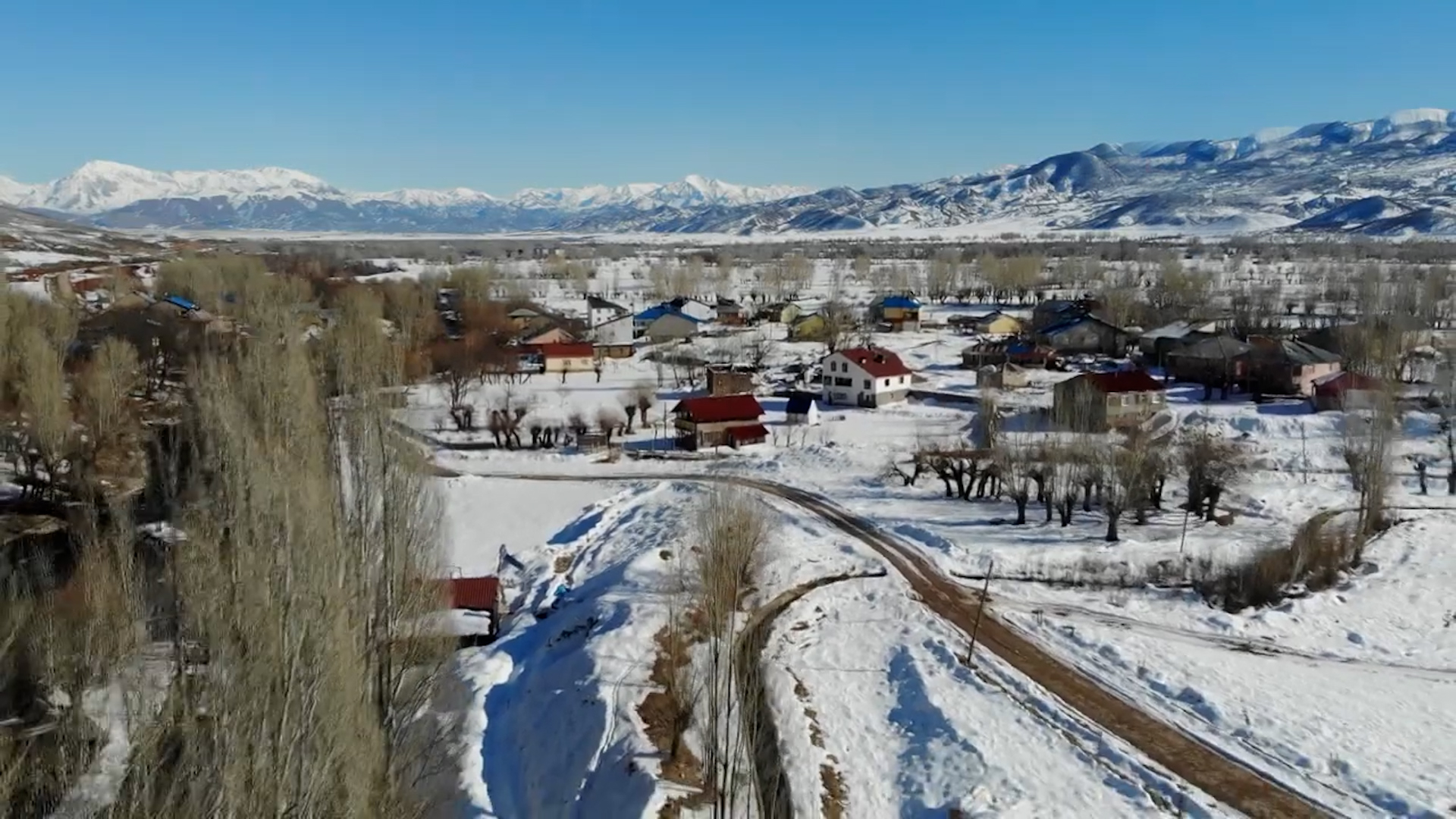 You always flowed. How beautifully both of your surnames suit you. Before you choose a surname in the struggle, it was Akarsel [Turkish: running/flowing stream]. When you joined our fight, you called yourself Su [Turkish: water]. You summarized your purpose in two letters, you fit your stance in the fight into two letters. In two letters, you explained that the mentality that murdered you will never succeed. You flowed and stood like water.

You said, ‘No labor is lost in the universe, I believe that’. I’m applying these words to my wound, words you said to comfort me just a few days ago. I find it so difficult to describe you. I tell myself that I must describe you. I do not want them to succumb to time and space, the memories, the teachings, the beauty that overflows from you, the kindness that flows from you to everyone. I am looking for plain, deep, philosophical, knowledgeable, and meaningful words like yours. I hope I can blend and tie together the words as well as you do. In every article you wrote for the Jineolojî Journal, you showed us how to masterfully blend knowledge, emotion, and thought. You touched life and our souls with your knowledge…

Love for the struggle

How could you do that so skilfully? Because you were a woman in love with your fight. You had eyes that were sharp enough to recognize, with a single glance, the values ​​created by the struggles, the positions that we achieved. Everywhere you went, you internalized everything you saw. In Afrin, you considered an old mother’s hawar [lament] historical teaching. At the academies where you taught, you would turn the spark in a young fighter’s eye, the agility of their mind, into a source of hope. You would marvel at the tired fighters amid the brutality and speed of the battle. You would speak with admiration. You’d say, ‘This is the revolution’. You held up another mirror to them, you turned everyone into a hero, just as they deserved. Every individual who gave breath to this revolution had immense value to you. You admired all revolutionaries. This was no envy. You were ready for any task the revolution required. You would step forward without reckoning, carefree, fearless. Like butterflies running into the fire, you would go where you needed to go, to create something, to make the impossible possible. You would go without delay, without taking refuge in excuses, without complaining. You would never forget to evaluate your results, either. Being able to see the distances you covered was not a reason for complacency; on the contrary, this was the herald for new roads to walk. Being the creator and witness of revolutions within the revolution suited you very well. I don’t know to what extent you reached the power of meaning and definition thanks to Jineolojî but being a Jineologist suited you very well! 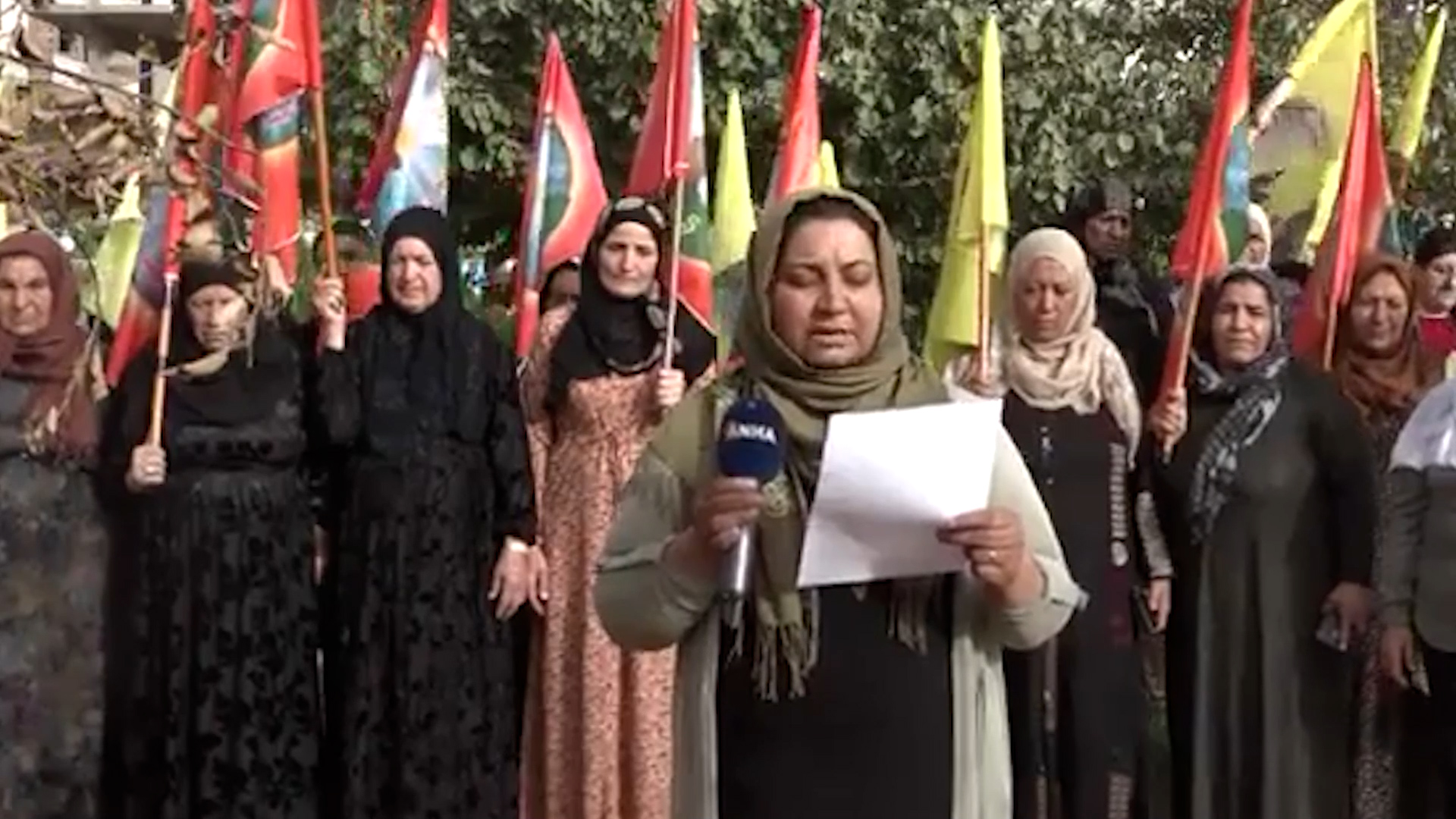 Rêber Apo [Abdullah Öcalan] said that bravery in a fight takes more than taking up arms. He said that challenging the ways of thinking advanced by the state, the men, and the system takes far greater courage. How much courage it takes to warm the frozen hearts, to guide to a different path those who want to learn the fluidity, delicacy, and depth of our fight through rigid formulas, to transform those who tear knowledge from its soul, to challenge the ways in which academia wants to keep us within its own limits. We’ve discussed these challenges a lot. And the costs that come with them… It turns out that this cost included the bullets fired into your body. We knew that we were up against this misogynistic system that targets all those who stand against the mentality of the statist and classed civilization. And that it would use all means necessary. But again, maybe we regret not being as skillful as you. We need to establish the link between knowing, feeling, and understanding. You taught us how to do this. This is what you wrote in the last issue of the Jineolojî Journal.

A voice that won’t be silenced 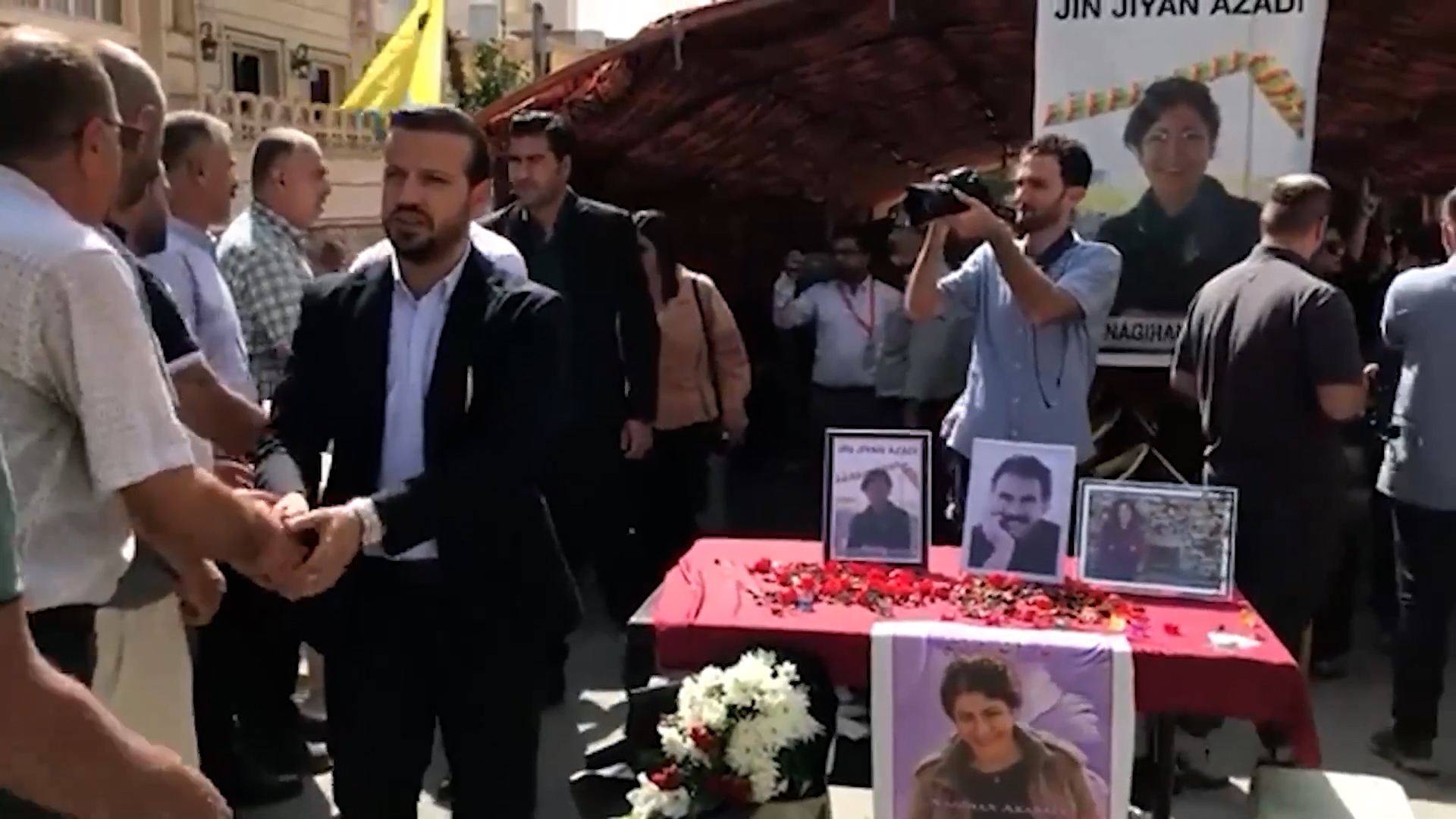 We need a voice that rings through the cascade of emotions and thoughts of our age… A voice that describes the present as much as it echoes the archaic, ancient past. A word that makes us feel that we are not alone in the universe and that complements our energy. We need a syllable that does not separate emotion from thought, spirit from reason, intuition from knowledge, matter from energy, life from death, light from darkness, and philosophy from sociology. A voice that carries the spiritual and intellectual paradigm of time and space…

Right now, we so desperately need that word that makes us feel that we are not alone in the universe. And while you were traveling with us, you whispered those words in our ears somehow. This is what I heard… 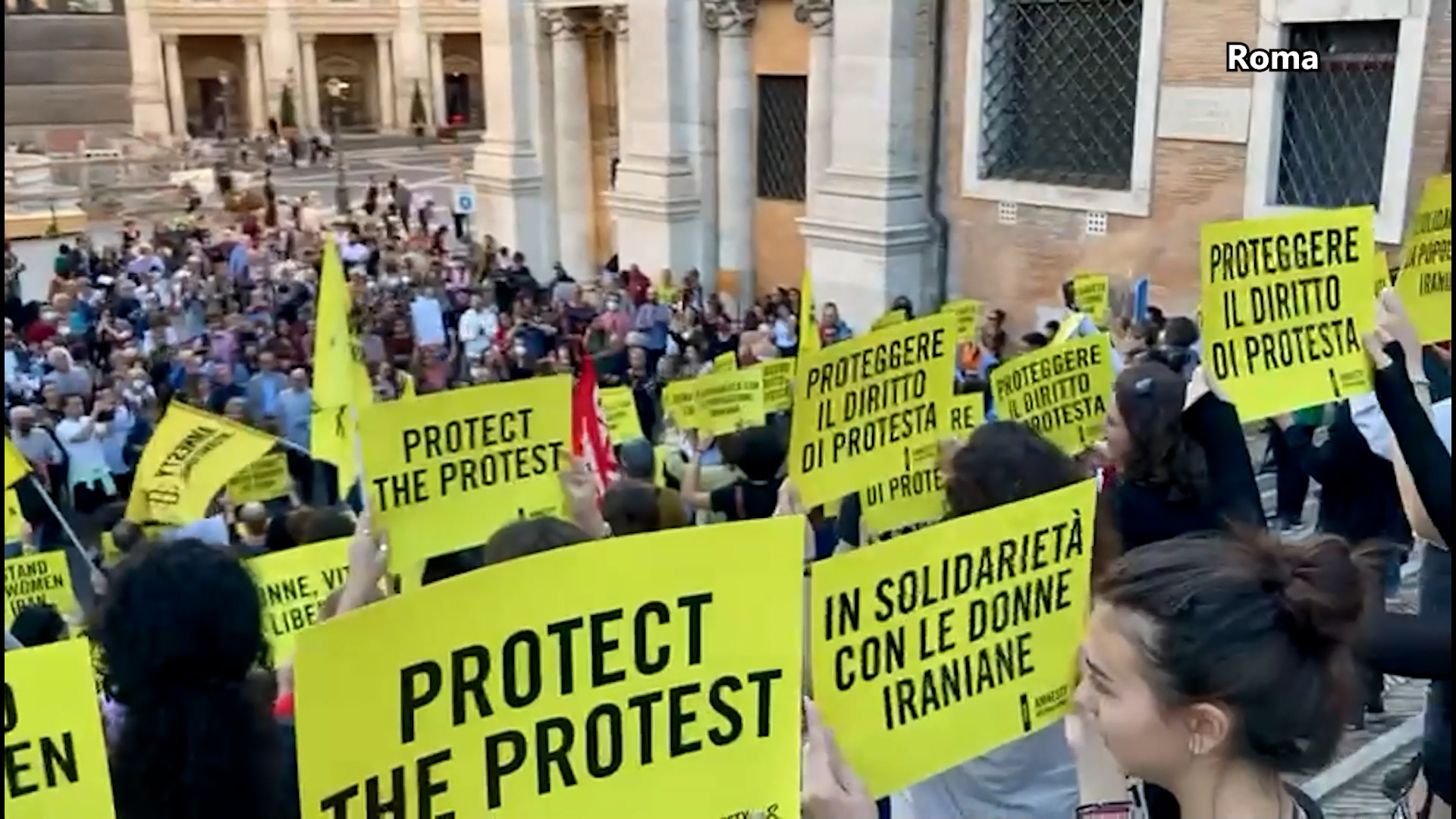 Everything in the universe is part of a whole. Your joy of life stands in the face of the pain that those who murdered you want to cause. Against those who want to break our hope, there is hope in this fight that you were in love with and that you led by adding meaning to every moment of yours. Your goodness, which could never hurt any living thing, holds power in the face of the terrible evils inflicted by the colonizers, the enemy. In this world where lovelessness, insensitivity, and meaninglessness want to establish a presence, you have unprejudiced, unconditional love that creates itself every day. Against those oblivious to trees, stones, wolves, birds, or colors, your radiant gaze passes everything in the universe from your eyes to your soul. In the face of power, which Rêber Apo says is “insidious enough to seep through social cracks”, there was your revolutionary identity, which emphasized sharing, equally dividing labor, and serving your comrades. On this planet, so tired that it forgets to imagine, your dreams make people love to imagine. For those who fall into the clutches of injustice and treachery and therefore cannot make sense of their existence in the universe, there is a friendly hand reaching out. You had deep enough faith to embrace every difference in the colorless world of those who want to eradicate differences. The plain and clear truth that you are trying to illuminate stands before those who want to darken the future of women. It says: women will change the world.