Amed (Diyarbakır), founded on the banks of the Tigris River, has a heritage that takes in the Hurrian, Hittite, Assyrian, Persian, Roman, Byzantine, Arab and Ottoman empires.

Its fortress and related walls date back to the Roman period. The towering City Walls of 5800 metres – also link to a number of towers, gates, buttresses and sixty three significant inscriptions from different historical periods. The Hevsel Gardens also lie within its boundaries.

Diyarbakır Fortress and Hevsel Gardens Cultural Landscape were included in UNESCO’s world heritage list in 2015. It has been identified by UNESCO as “an outstanding example of a type of building or architectural landscape which illustrates significant stages in human history”.

The City Walls and the evidence of their damage, repair and reinforcement since the Roman period, present a powerful physical and visual testimony to the many periods of the region’s history.

There are four main gates to the fortress walls: The Harput (Dağ/Mountain), the Urfa (Rum or Anatolian), the Mardin (Tell) and the Yeni (New/Dicle/Tigris) gates. These gates are connected to each other through linear road axes. The Keçi (Goat), Ulu Beden (Grand) and Seven Siblings towers have great historic significance.

However, the walls were significantly damaged in an unprecedented way during the longest curfew declared by the government of Turkey in 2015. 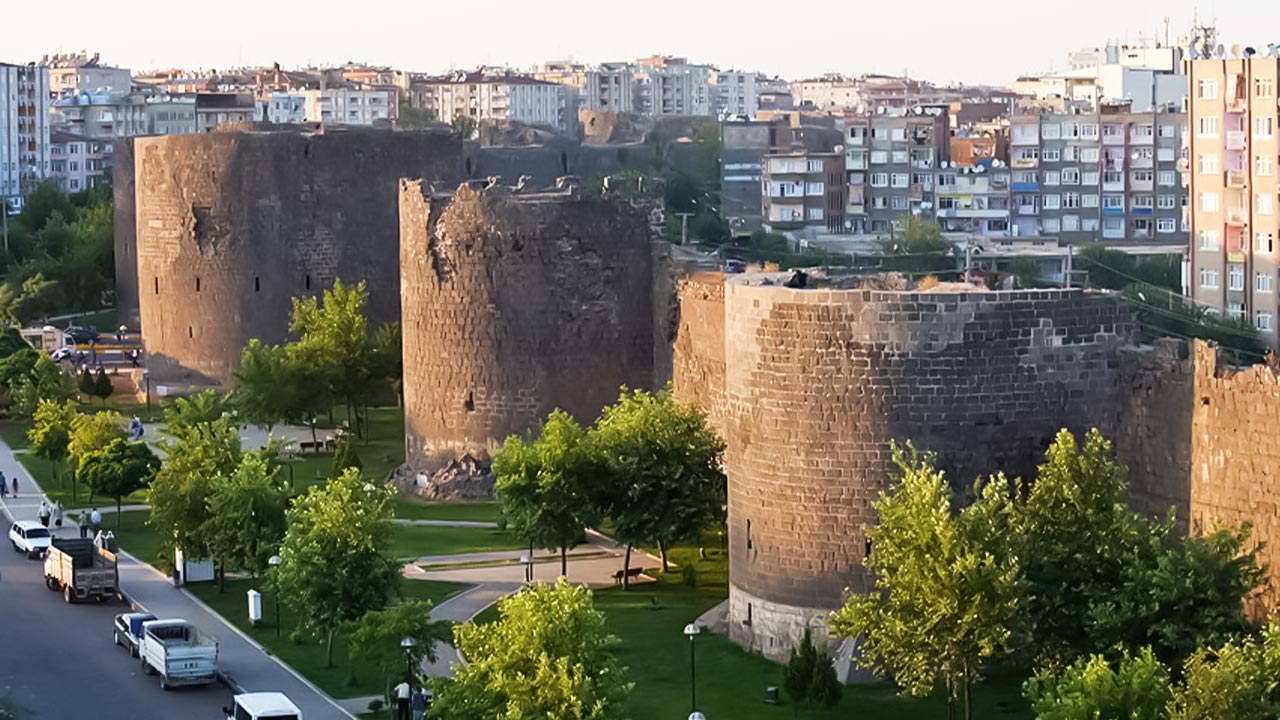 Although the City Walls have been used to resist many forces historically,
these impressive structures underwent their greatest destruction during the curfew period that was declared from 2 December 2015 onwards. The Walls were used for military purposes and many segments were destroyed. The historically and culturally significant Goat Tower was even turned into a portable toilet. Dozens of historical artifacts were also destroyed in Sur district during this period.

Other historic sites have been targeted, including the Four-Legged Minaret (where Tahir Elçi, the President of Amed Law Association was murdered) at Ulu Mosque, Kurşunlu Mosque and Surp Giragos Armenian Church.

According to a report that was prepared by the Chamber of Architects alongside a technical delegation from UNESCO which entered the area four years after it had been targeted, there are no stones left in 49 previously registered buildings. Nearly one hundred registered civil architectural sites were severely damaged.

The “Nation’s Garden” project – managed by the Ministry of Environment and Urbanization and TOKI – has constructed a concrete road and a retaining wall between the Walls and Hewsel Gardens, At the same time, the area was controversially opened to vehicular traffic and irrigation systems were also installed.

Balconies have also been built on the walls. Precious stones from certain parts of the walls have been stolen. The symbols of the ‘sun, star and tiger’, engraved on the city walls, were removed. Yet, there has been no outcry over these developments by relevant government institutions.

NATO: "We have to solve the Mediterranean issue based on international law''

NATO: "We have to solve the Mediterranean issue based on international law''