All who can find a way to flee will flee from Afghanistan, Afghan journalist Ahmed Kazimi observes

With United States and North Atlantic Treaty Organisation (NATO) troops officially leaving Afghanistan after 20 years, the Taliban insurgency has rapidly intensified. The Taliban, according to the real time assessments by FDD’s Long War Journal, as of 26 July, controlled 223 (of 400) districts in the country.

Meanwhile, amidst the turmoil of the ongoing conflict, Afghans have been fleeing. An estimated 270,000 Afghans reportedly fled from their homes between January and the middle of July, the UN refugee agency (UNHCR) reported. For many fleeing the country, Turkey has become a key destination and point of refuge. 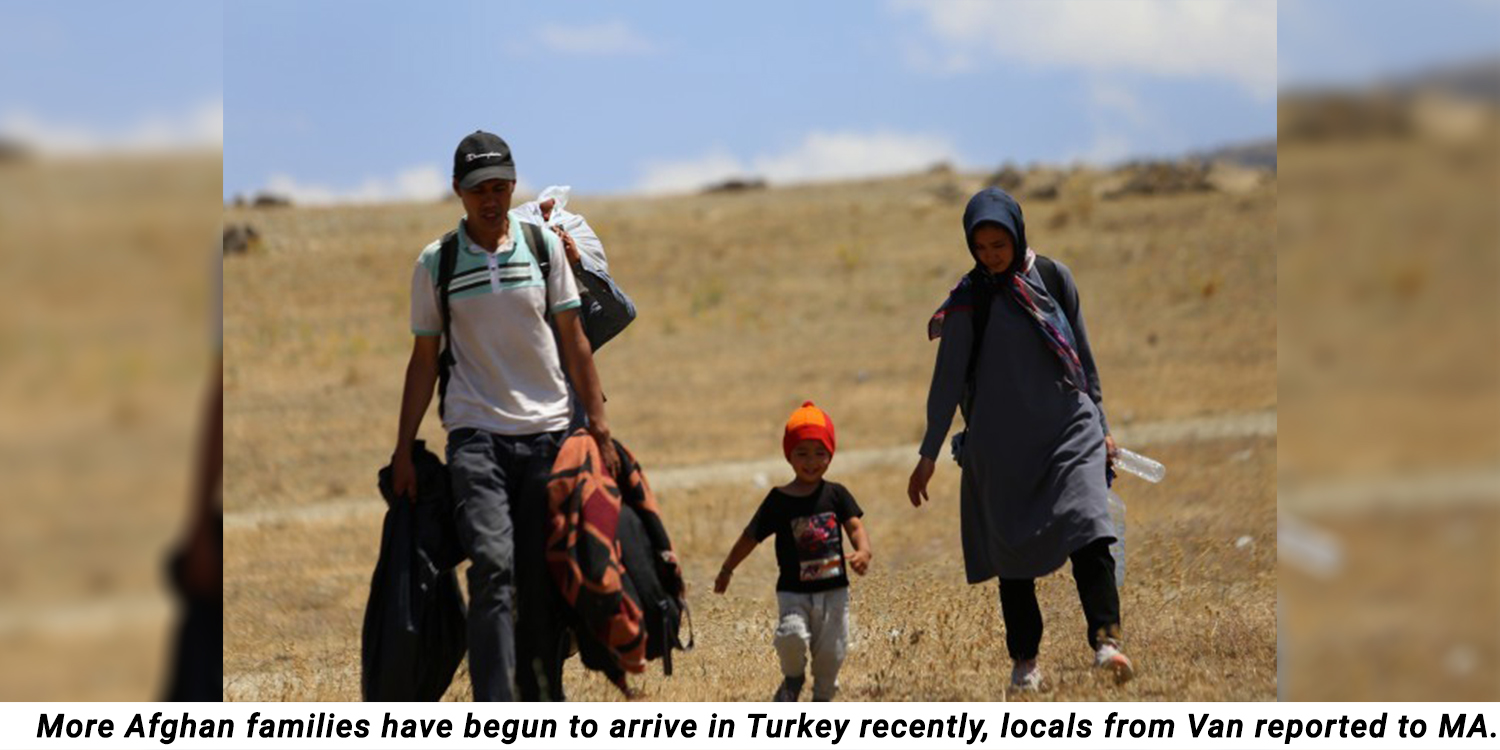 Afghans represent the second largest refugee population in Turkey after Syrians. Earlier, groups of five to ten Afghans reportedly arrived in Turkey each day, but recently, these numbers have increased to 200 to 500 on a daily basis. MA reported from Van (Wan), a city in Turkey bordering Iran, which represents the gateway to Turkey. 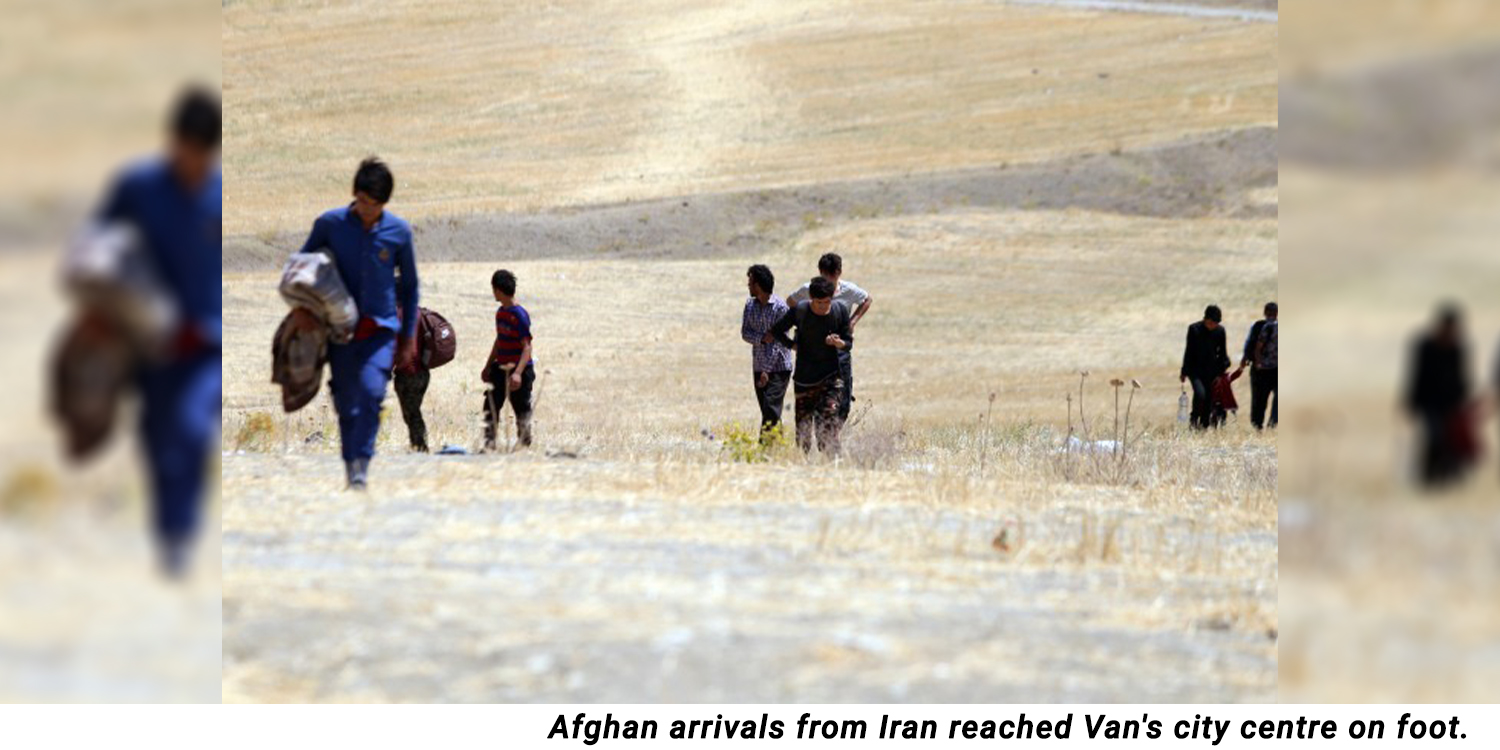 Refugees crossing through Iran have reached Van’s Başkale, Çaldıran, Saray, Özalp and Muradiye districts. Refugees, who previously would have been transported to the city centre in minibuses by smugglers, now reach the city centre on foot, because they are too numerous to travel in the minibuses. 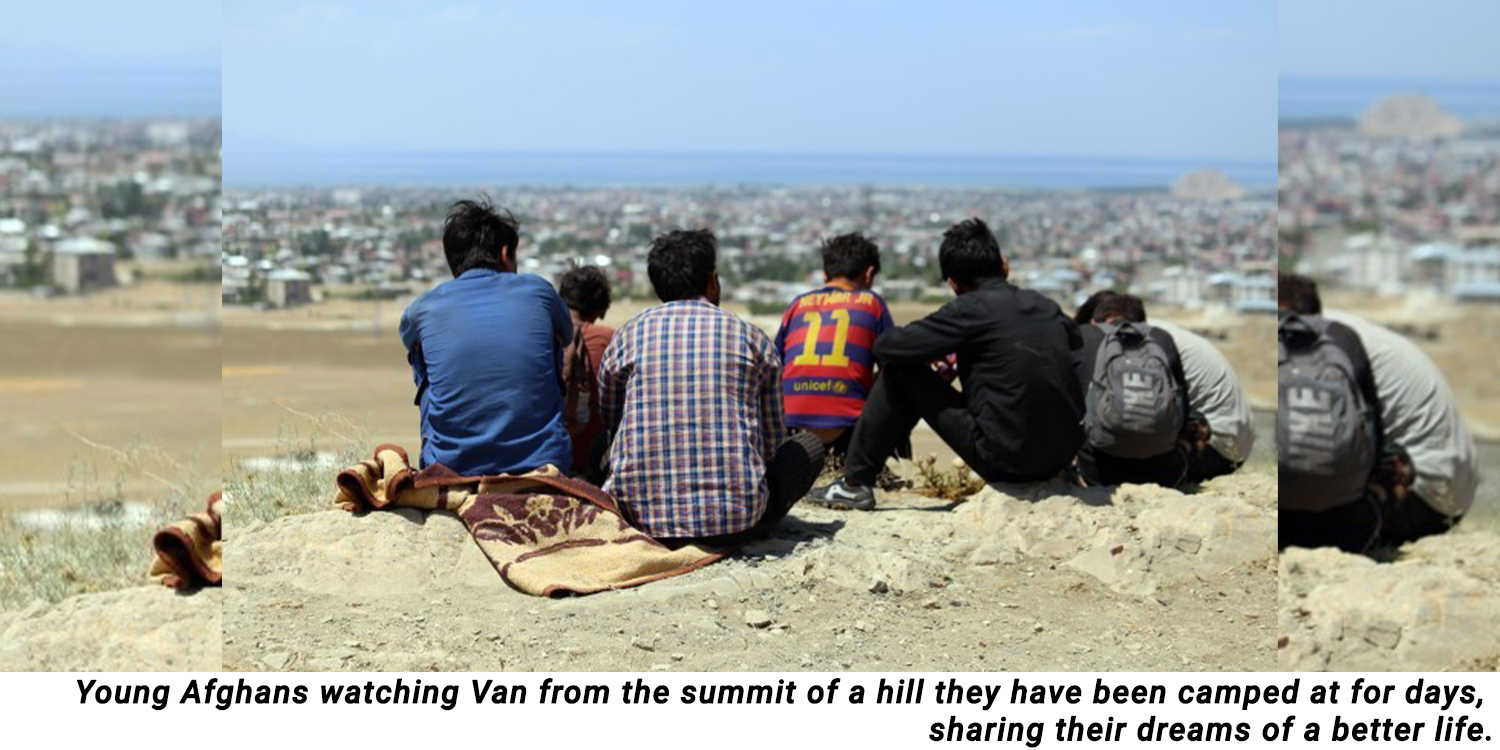 Those who have been able to reach the city after countless hardships, usually reside on the summit of the hills surrounding the city. Those who are more fortunate find shelter in abandoned houses in these rural landscapes.

Some refugees, on the other hand, sleep alongside the roadsides. They keep on moving to reach the Tatvan district of Bitlis (Bedlis), a city around 160 kms from Van.

Many refugees, who have been stranded for days on a hill around Mount Erek, are struggling with diseases due to hunger, thirst and lack of hygenic sheltering conditions. 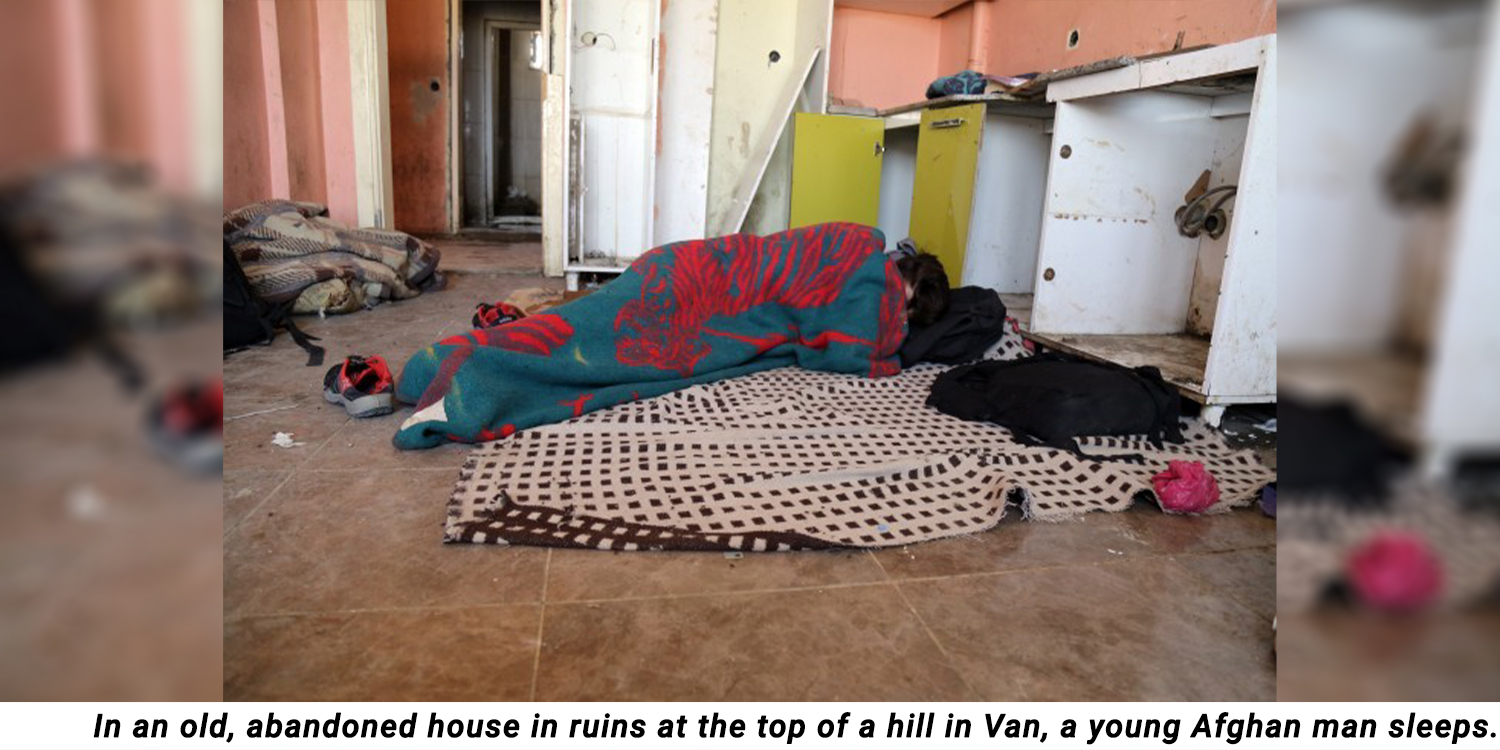 “On all borders we face the oppression of the soldiers and police. When they see us, they force us to flee into the mountains. We have recently arrived in Van, but we want to go to Istanbul. Maybe we can build a life there with my family. But Afghanistan is not a country we can live in, not anymore,” said İbrahim Rezayi, who came from Afghanistan to Van with his two children, aged two and five, and his wife.

Rezayi said he has not able to provide a meal for his children for the past ten days. “My children have got sick: we are living in very harsh conditions now. We are miserable, devastated: we are waiting to see what will happen next.” 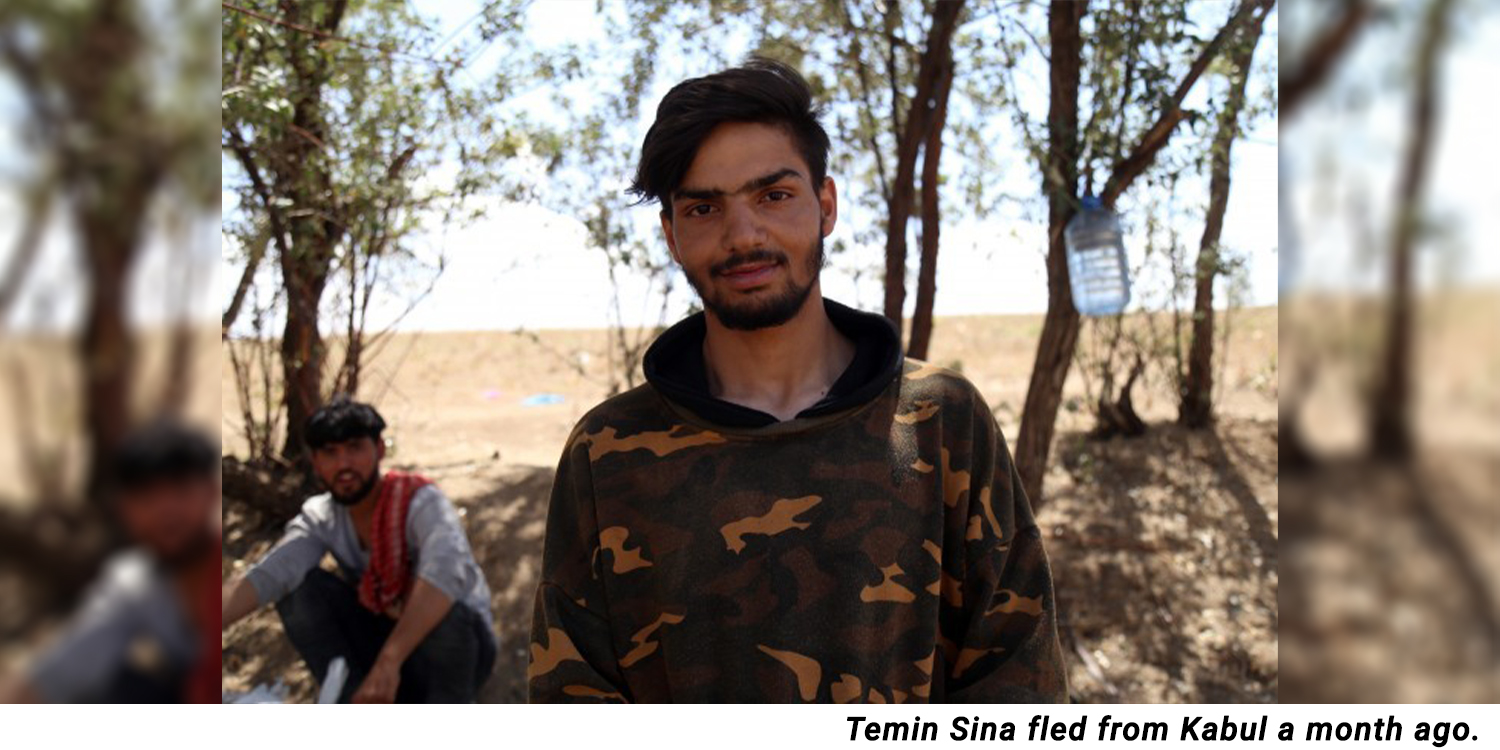 Temin Sena, aged 17, fled from Kabul about a month ago. “Since the day I entered Turkey, there have been never-ending problems with the police, with the smugglers … We are always on the run from someone.” 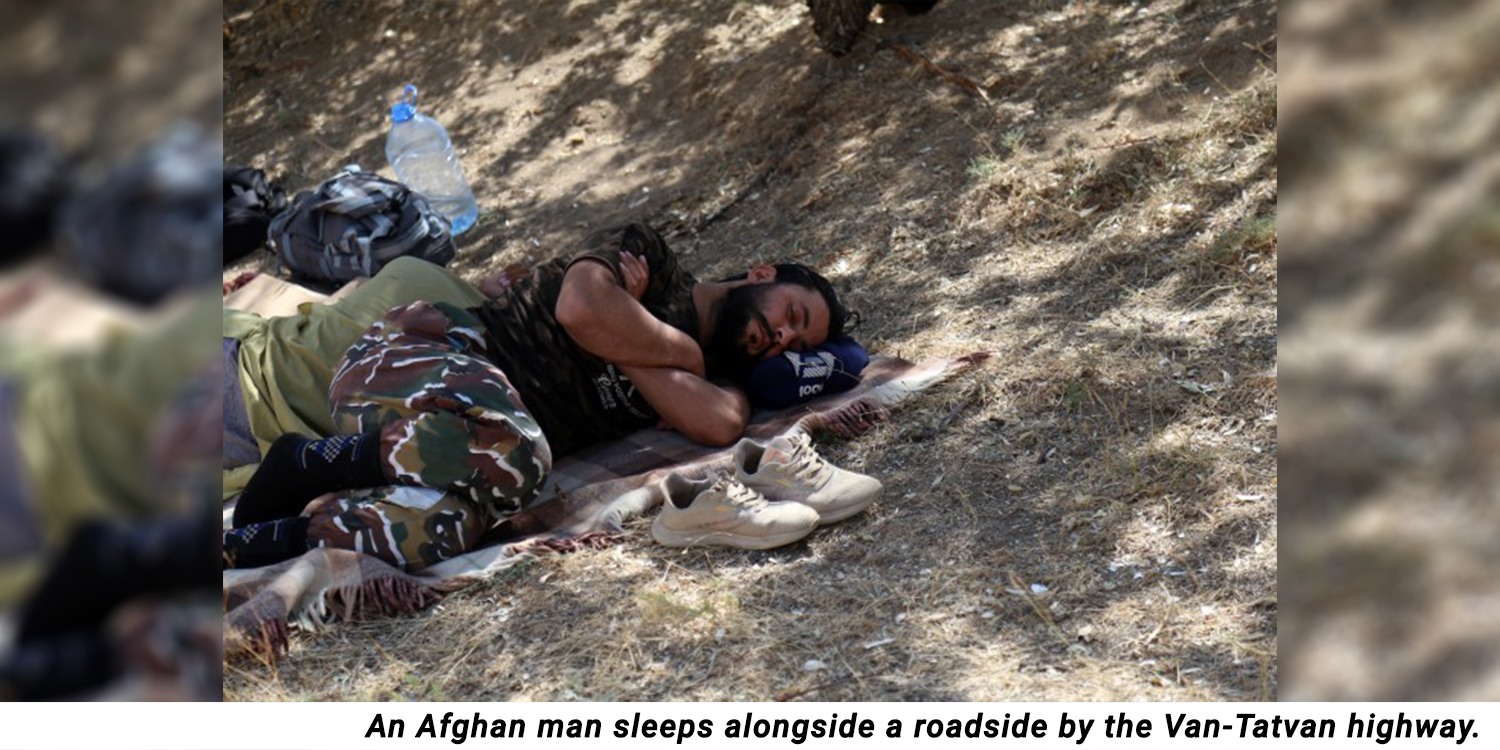 Another young Afghan, aged 24, is Mahmut Miri. He looks much older than he is, as he hardly walks due to health problems. “I want to go to Istanbul, but now, this seems too hard to me. People like me who cannot walk are just waiting around here for days.” 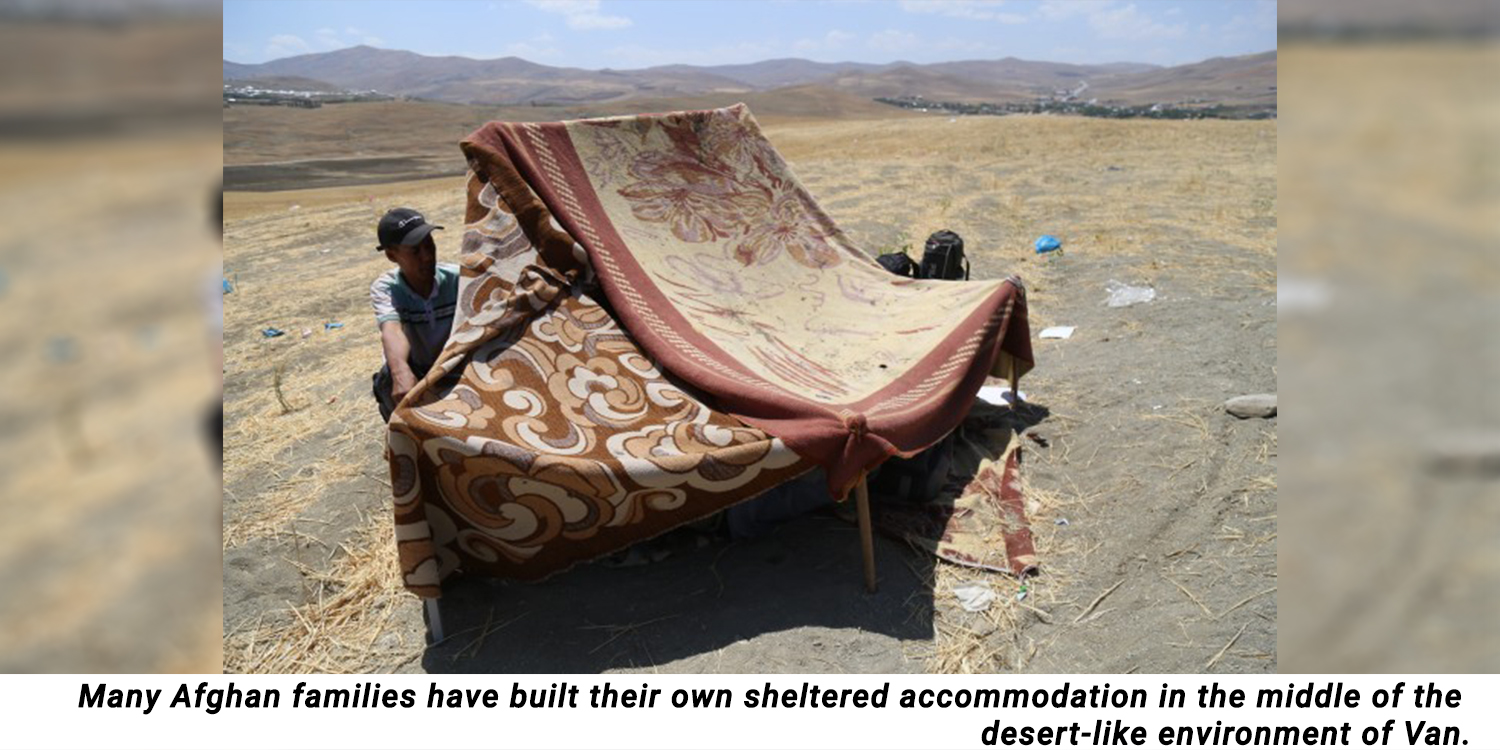 Afghan journalist Ahmed Kazimi has been closely monitoring and following the situation in Afghanistan. “According to the data, the 400,000 people who fled from Afghanistan to Iran entered Turkey in less than a two year period.”

Kazimi states that the war has spread to almost 80 percent of the country and Taliban are sweeping almost every one town in three. “I had a chance to make some inquiries in Kabul. This is the impression that I got: all those who are able to find a way, any possible way to get out of Afghanistan, will flee as soon as they can.”

What about the walls Turkey built on Iran border? “These walls are less then useless to stop the migration flow,” Kazimi answered. “Iran used the same tactic on its Afghanistan borders, but they failed as well. Thousands of people enter Iran on a daily basis.” 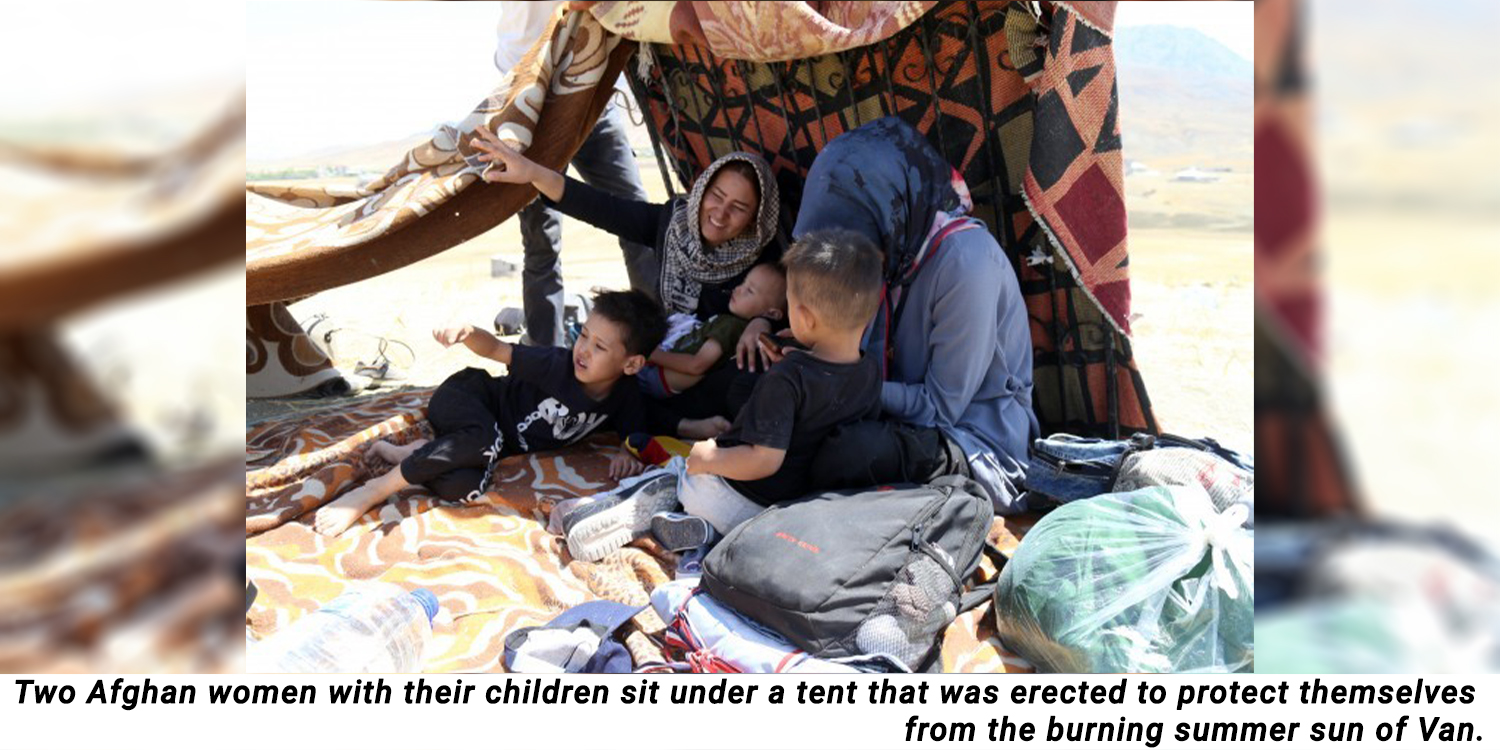 “The actual flow will begin after September,” said Jindar Uçar, the head of the refugee and migration comission of the Van Bar, who believes that the massive migration flow has not yet begun. Uçar states that the walls built on the borders represent a serious violation of rights of people to seek refuge. “These walls are a violation of human rights. Rather than building walls, the state should respond to the humanitarian needs of the refugees and provide humanitarian aid.”