Ali Edizer, the former deputy chief physician of the University of Health Sciences, Gülhane Training and Research Hospital (formerly GATA) – who was dismissed from his position over calls for sharia and misogynistic discourses – has called for the “Islamic execution” of jailed former Peoples’ Democratic Party (HDP) co-chair Selahattin Demirtaş and jailed HDP MP Ömer Faruk Gergerlioğlu.

Ali Edizer has been a much discussed name: he created public outrage in Turkey when he was sharing calls for sharia and defended polygamy for men with a highly sexist Islamic social media shared message. This was even as he was employed as a chief physician in one of Turkey’s most prestigious health institutions, the Gülhane Training and Research Hospital (formerly GATA). 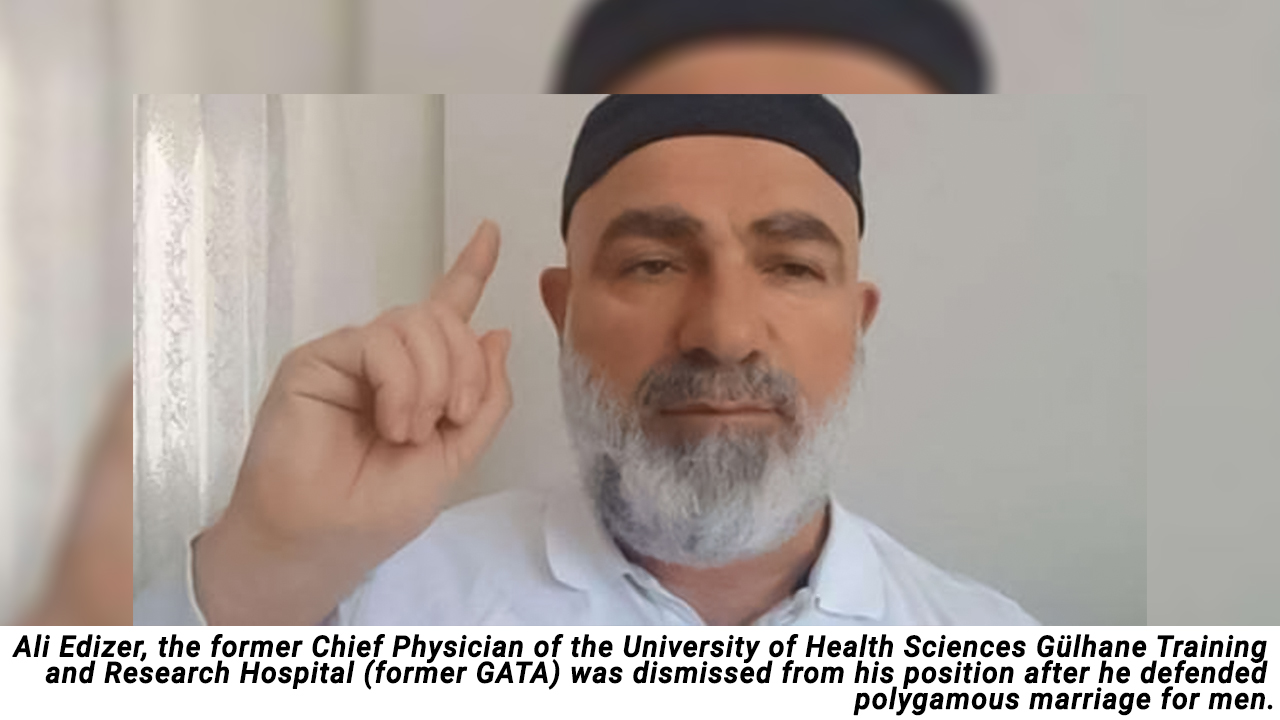 Since being dismissed from his post, Edizer has reportedly continued to share ‘hate speeches’ that are based on fundamentalist Islamic discourses. Edizer recently called upon the Turkish authorities “to execute” Selahattin Demirtaş and Ömer Faruk Gergerlioğlu, who are both in prison.

Despite the fact that Edizer has called for their execution according to Islamic rules, sharing verses from the Qur’an to support his views, no investigation has been launched against him by judicial authorities.

Edizer’s links to an extremist religious cult known as the “Menzil cult” was revealed following his dismissal from GATA.

For several years, the ruling Justice and Development Party (AKP) has been criticised for its relationships with religious cults and for appointing cult members to fill key positions in state institutions, especially after a massive gap was opened in the public sector workforce after thousands of public officers and employees were dismissed from their jobs in the wake of the 2016 coup attempt.