Ain Issa in northern Syria sits along the M4 highway that links major Syrian cities. Due to its strategic location the clashes and attacks by Turkish-backed fighters has dramatically increased in recent months.

The civilian population have been targeted for attack; 7 adults and 3 children have reportedly died in the last two months.

‘The Russian and the regime forces are silent’

PYD co-chair Berivan claimed that Turkish-backed forces have continued their attacks against Ain Issa for the last 4 months.

”Arab, Turkmen, Kurdish, Circassian and other communities have lived together in peace in the region. The Syrian Democratic Forces (SDF) are resisting against the attacks of the Turkish state.” İsmail said. 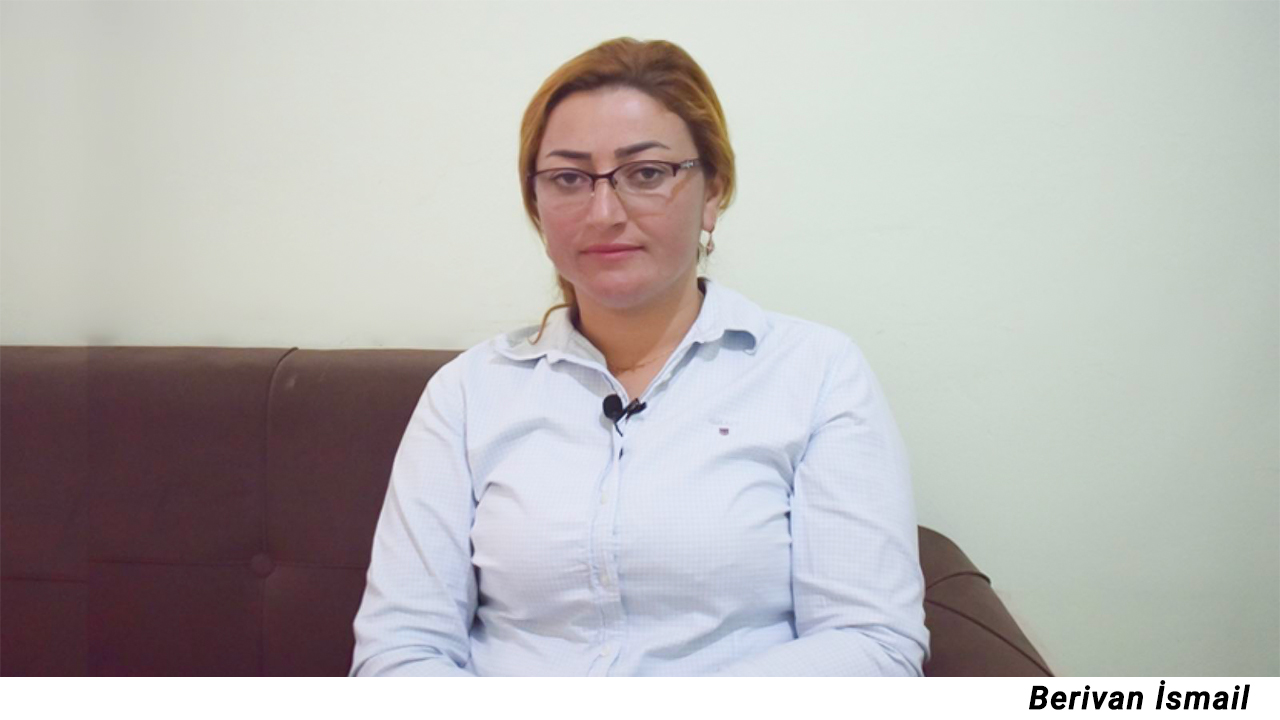 According to signed agreements, İsmail said Russian and Syrian regime forces “had justified their presence in the region on security grounds”. “They were supposed to be protecting the borders and ensuring security. However, both forces have remained silent regarding the ongoing Turkish attacks for 4 months.”

Ismail shared information that villagers living on the borderline are like “nomads” now. “Because they have to go in and come out of their villages on a daily basis due to the ongoing military attacks. They cannot live in their villages permanently now,” she said. “They are always anxious. A couple of months ago villagers returned to their villages after the Russian forces promised to protect them.”

“But when the attacks began, the Russian forces left the people there defenceless. If you are not able to protect these people, what are you doing in our lands?”

‘Civilians are the target of attacks’

İsmail noted that the main purpose of the attacks is to destroy the system established by the Autonomous Administration and its unity. ”Ain Issa has a strategic structure with the unity of its peoples. It is also close to Tell Abyad (Girê Spî) and Til Semin. Ain Issa has become a centre of resistance after the invasion attacks of the ISIS gangs began,” she said.

Pointing out that civillians are targets of the attacks, İsmail said, “A child died due to the attacks just a short while ago. These people have no place to go and they trust the SDF forces. It is unacceptable that civilians are targeted in each attack. The psychological wars must stop. We lived freely in these lands and established our own system. We do not and will not accept any other system.”

‘South Kurdistan government should have a clear attitude’

”For the unity of the peoples and the Kurds, steps have been taken in many areas with NE Syria,” said. “If the Kurdish unity is not achieved, the attacks against Ain Issa today will spread to southern Kurdistan in the near future. South Kurdistan government should now have a clear attitude. Their silence endangers the security of both its own people and the peoples of the Middle East.”

Recalling the Turkish campaign against Afrin (Efrîn), and Ras al Ayn (Serekaniye) İsmail stated that “Turkey and its affiliated groups want to occupy the town of Ain Issa today just like they did in Afrin and Ras al Ayn, where systematic war crimes committed by Turkey have taken place. None of these crimes were questioned by the international public.”

İsmail finally shared her messages of resistance. “For years, we have been living freely with Arab, Kurdish, Armenian, Syriac, Circassian, Turkmen and other peoples without discrimination in NE Syria,” she said. ”The only purpose of these attacks are to destroy our Autonomous Administration system and establish a new forms of ISIS in our land. We will never accept an ISIS system again nor leave our lands.”