Prominent Kurdish politican condemned the murder of Peoples' Democratic Party (HDP) member Deniz Poyraz. He also criticised the government, stating, "Even if it loses the future election, this government will try to maintain power as it aims to provide a huge blow to democracy with its provocations and projects of civil war."

Prominent Kurdish politician Ahmet Türk participated in a protest over Poyraz’s murder and spoke out about it, MA reports.

Pointing out that they are fighting for democratic rights and freedom as HDP members, Türk stated that the HDP has become a target because of a “terrorisation campaign” that has been launched against the pro-Kurdish party.

“We know the power, we know the forces which led to this attack by criminalising the HDP by accusing it of ‘terrorism.’ These powers, these nationalist, racist and fascist powers, have carried out great massacres in the past. We have not forgotten the 1993-94 period,” he said. 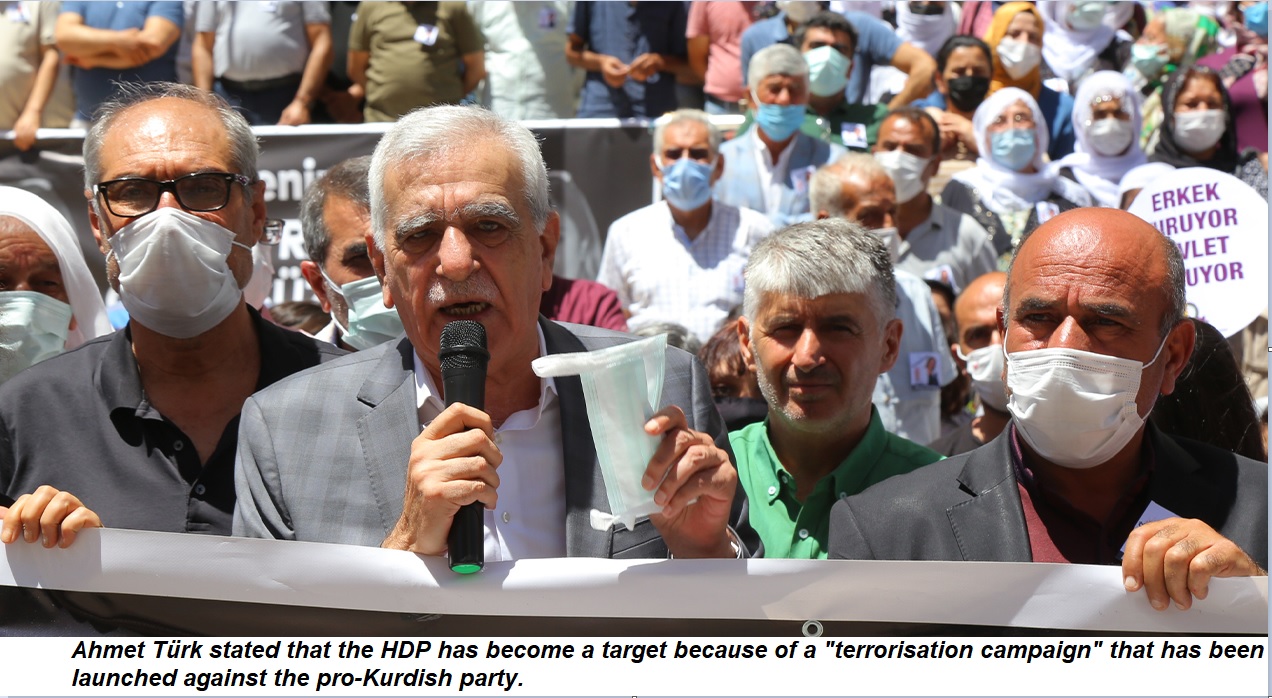 Türk described the policies against the HDP as “a product of the mentality that aims to silence the Kurds. By threatening to shut down the party, by opening the Kobani Case and by mass killings, they think that they will end the struggle of the Kurdish people, the struggle for democracy and the struggle of the workers. They are wrong in holding such thoughts. The more they come against us, the stronger we get,” he said.

Türk continued: “We are going through a process where unity is crucial for democracy. But when we consider the opposition, they have an attitude that hinders the power of democracy in Turkey with their ‘buts’ and ‘howevers’. If you want to get rid of fascism in this country, if you want a democratic Turkey, we have to act together for democracy and fight for a democratic Turkey.”

“If we do not join forces uniting around democratic values we all share in common,” he warned, there will be consequences: “Even if it loses the future election, this government will try to maintain power as it aims to provide a huge blow to democracy with its provocations and projects of civil war.”