Rakel Sezer, the author of the book, “Refugee – The Witnesses of an Activist of a Refugee Camp” talked to Yeni Özgür Politika on her experiences and what she witnessed in a refugee camp in Greece and about her ideas of the past, present and future of the crisis that has displaced millions of people.

A rapid shift in the balance of powers in the Middle East and Africa has caused the current regional crisis that is the source of most of the problems the region contends with today. Civilians have suffered the most from this crisis of instability and high uncertainty.

Many millions of people have fled their homes and have been displaced by conflict, violence and persecution. They have fled across borders as refugees due to the interventions of their governments, global powers or regional actors. They set off on a compelling journey to an unsecure destiny alone, or together with their loved ones. Those fleeing their countries as refugees demand protection in neighbouring countries or far away their homelands.

Whilst the changing order of the nation states around the world impose new borders along with new wars, the crisis that has displaced millions of people, deepens.

Rakel Sezer, as an activist, travels often. One day she witnessed some refugees trying to reach the island in Chios, Greece. She was affected by what she experienced and stayed working voluntarily in the Souda refugee camp in Chios for thee years and wrote about her experiences in her book “Refugee- The Witnesses of an Activist of a Refugee Camp” 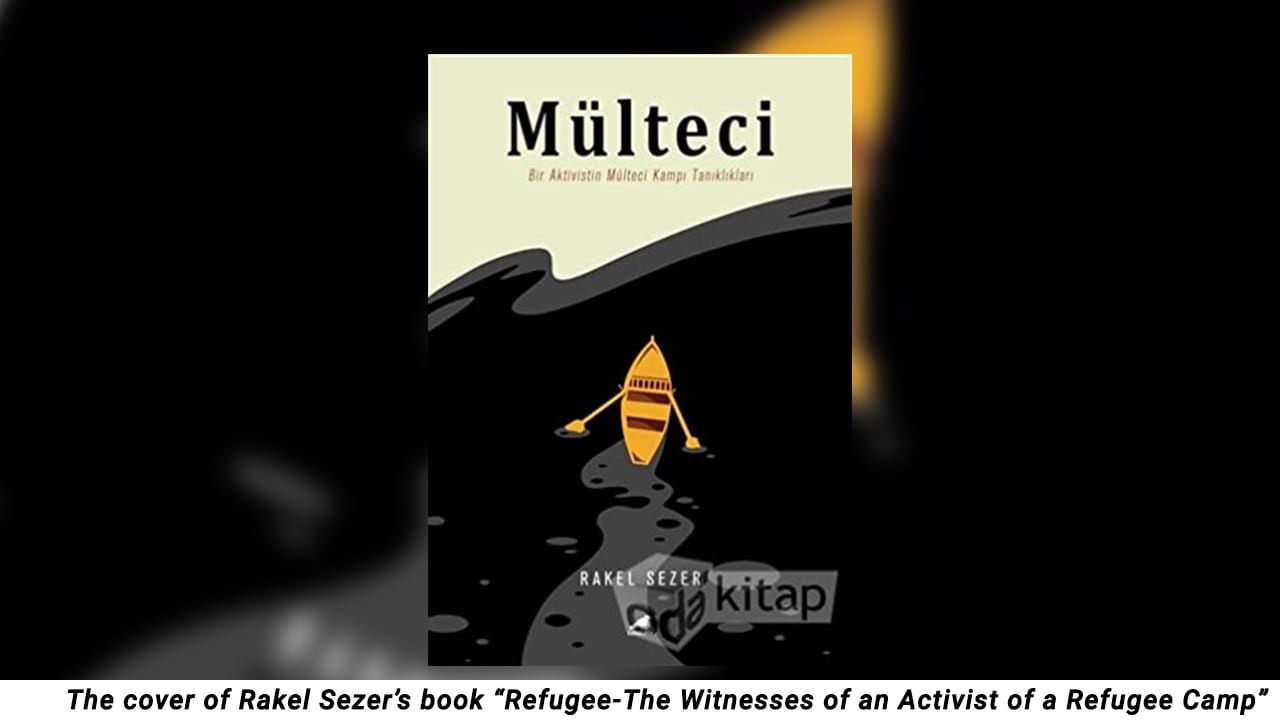 How do the refugees arrive?

”They send this money up front to the human traffickers. Before coming to the island, they stay in Istanbul, Izmir or Çeşme for a while. This period takes a few days. After that, they set out from Çeşme when they see it as safe regarding the Coast Guard Units and they think the weather conditions are appropriate,” she said. ”Travel starts mostly at midnight. They usually come to Chios or Lesbos, where we are. I was working in the group that welcomed the incoming boats.”

Arriving to a new land with war wounds, babies and sicknesses… 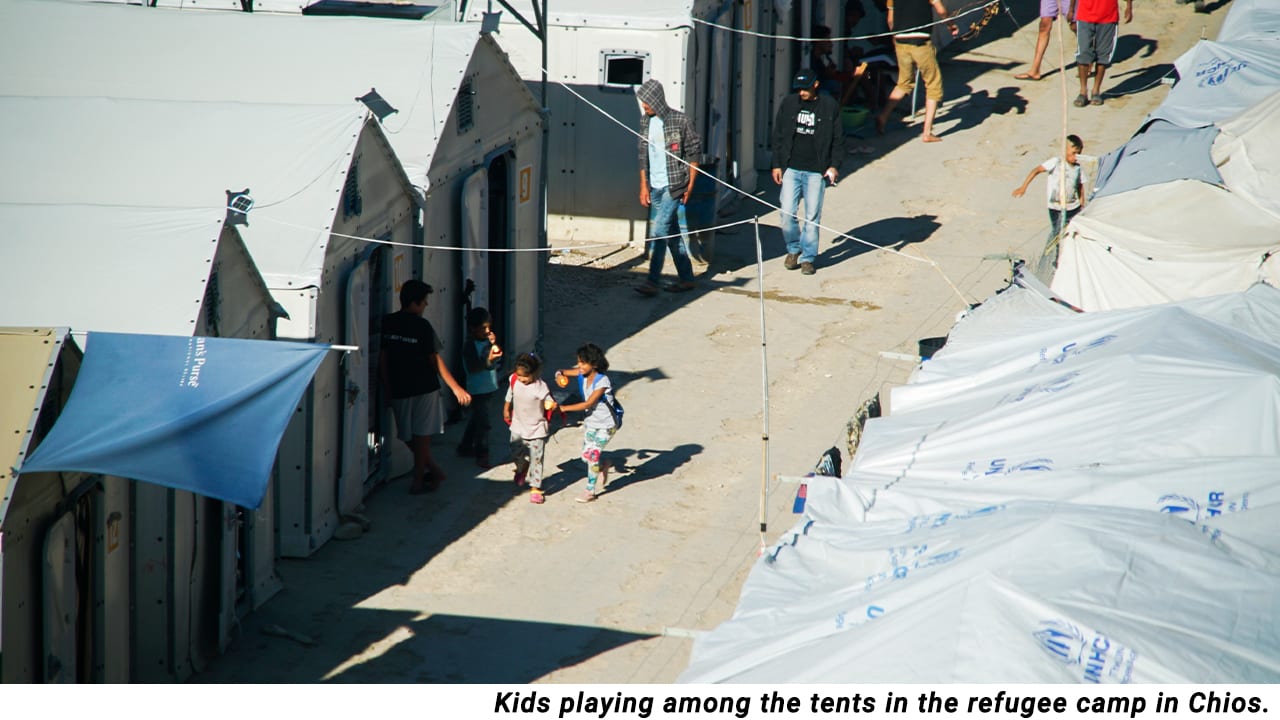 As a refugee rights activist, Sezer has witnessed, first hand, the initial moments of a refugee’s dramatic arrival to their new life, full of uncertainty and the unknown. Welcoming the refugees also means to discover and witness the evidence of the traces of war on their lives and the effect on their health.

When the refugees place their first foot on the land after such a long journey in the sea, “They get completely drenched. We don’t even know how many days they have been so thirsty, so hungry and cold. There are also often people who have been injured in war. Some may have a previous health problem. Some of them are pregnant. Some have babies with them. That means they all arrive with various problems and in need of urgent aid. So we, as volunteers, try to deliver first aid to them while also welcoming them,” said Sezer. “We were providing the refugees with clothing, health and food support. Together with the volunteer medical teams, we were determining the necessary health needs. We were reporting those who require very urgent intervention to the UN Migration Management representatives to be able to send them to Athens.’’

Turkey is the transit point

Stating that most of the refugees that arrived in Greece travelled through Turkey, Sazer said, “Those mostly coming from Africa arrive by plane to Turkey. From Syria, Afghanistan and the Iranian border they mostly use the road. Those who come from further field also come by plane. ” 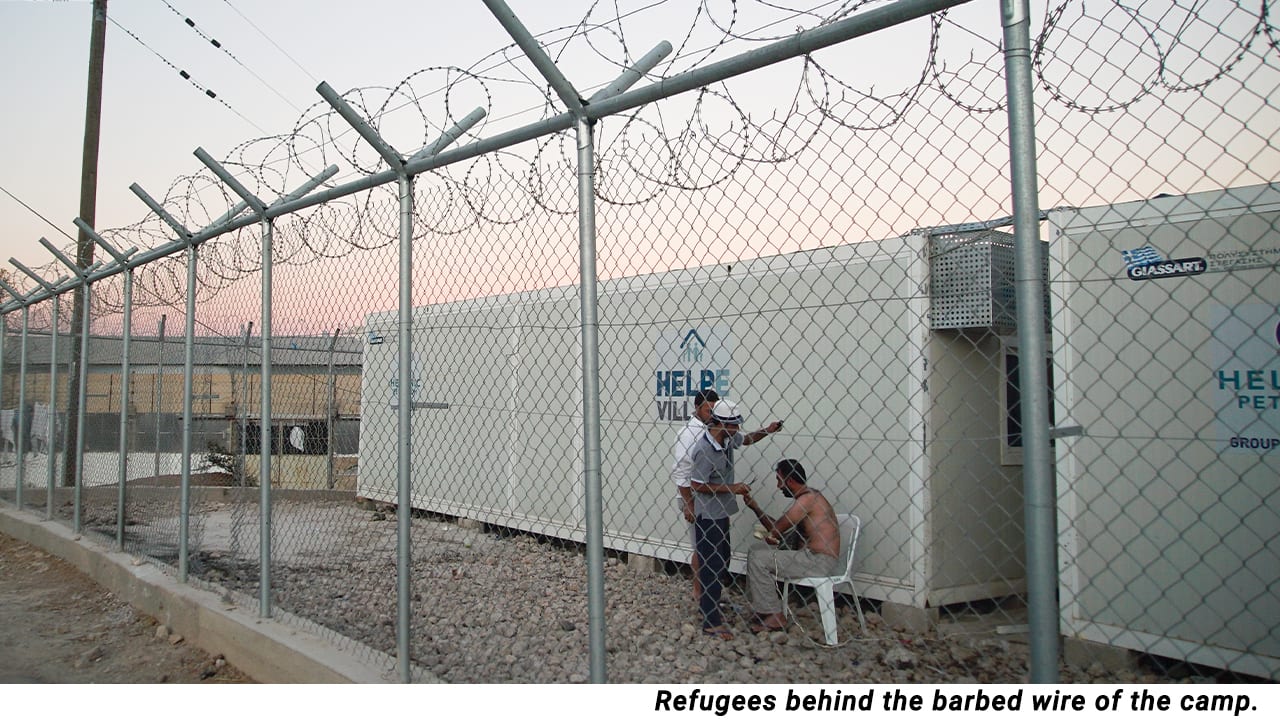 ‘’Most people stayed in Çeşme before coming to the island, but it was not clear when and how many people would come here. So there was a planning issue that hindered us due to insufficient materials. Hundreds of people come with their clothes in rubbish bags. Three or four pieces of ‘things’ that they could just pick up quickly and take with them. They also put them in the bag. There were photos that remind me of the people who were taken to camps during the Second World War,” she said.

“Turkey has commented about refugees coming from eastern countries in regards to the UN Refugee Rights Convention. Turkey says ‘I’ve just opened my doors to people to come from Europe. If there is an incident in Europe, I will give them refugee status here. In fact, I will give citizenship directly, but my border is closed to those coming from the east.’

‘There is no refugee status, only temporary protection. So what does this mean; It means that one day, when refugees come from the east, they have the right to send them back. Legally, the United Nations also knows this. Turkey is not doing anything secretly. Even the European Union says openly to Turkey ‘You keep these immigrants in their own country. “Here is the money,” she said.

People need to ‘satisfy’ the criteria to become a refugee

Sezer stressed that the “criteria to be admitted as a refugee” is getting more and more strict which causes new challenges for people who seek refuge for a new life.

“You cannot apply for asylum today for economic reasons. For example, if you are 20 years old, you cannot immigrate by saying “I have no job security in my country, I cannot find a job”. They don’t accept this. There are certain criteria.”she said.

But how can a person actually make the authorities see that they have no other option but to migrate? “They make interviews like a cross-examination to prove it. There are so many detailed questions, I cannot explain. You were asked to tell your story from the age of three. They ask you about your past, how you got there, why you didn’t feel safe in your country. They are asking you about your family, friends, everything. They compare and contrast from all sides. They compare and cross-examine everything from sexual identity to religious belief. They also questions of those who have fled sexual assault and rape. This is quite painful and traumatic. These are very painful and heavy things for a person to deal with. ” said Sezer.

Stating that being admitted as a refugee does not mean a happy ending at all either, Sezer said, ‘We are talking about two or three thousand people a day, coming to the island by boat. And this number is only for Chios. We know that the situation is similar in other islands. There is a temporary camp on the island of Chios. They can stay there for a maximum of 48 hours. There are even those staying in the harbor. If there is a place where they can be transferred to, they are transferred onwards by ferries from there.”