A tribute to Halil Dağ: Climbing Mount Cilo with Halil

Most of the time, our paths crossed in the mountains of Kurdistan. We were together in the summer of 1998 on a tour from the Zap to the Zagros mountains. In this way, we would see the beautiful mountains of Zagros ascending to the sky, such as Cilo and Çarçella, and we would also visit the guerrilla units in the region.

We started our trip from Zap. There were four or five of us. It was not an easy trip. But it was even harder for Halil. He was carrying heavy cameras and photography equipment on his back and at the same time, he was trying to take pictures of the mountains, its flowers, the guerillas: everything of beauty on the way. He also asked the guerrillas who were accompanying us during our trip about stories of the places we stayed at and the places were passed through. He took notes and recorded images with his camera. The smile on his face never disappeared, despite all the difficulties of our trip.

Finally, we reached the Zagros Mountains, passing through the high mountains and valleys that lasted for hours. All the villages that did not accept being ‘village guard’ villages in this area were destroyed by the Turkish state and evacuated. We entered some of these villages, Halil was walking around with his camera again, learning the Kurdish and Turkish names of the villages, and entering the few houses that remained standing. One house drew our attention since it was slightly different from the others. It looked like an ordinary village house from the outside, but when we got inside, we realised that it was not. This house was a church. Because they feared the attacks of the Turkish state, the outside of the building had been camouflaged as a village house.

At the summit of Cilo

At first light, we began climbing Cilo Mountain. We were going to the guerrilla point located near the summit facing Northern Kurdistan. Halil checked the charges of the cameras and his equipment, as usual. The next morning we woke up early and started walking. It was going to be a four to five hour climb. Towards noon, we reached our goal, Zoma Cafer. It is impossible to sleep there with a single blanket even in July-August. You burn under the sun but you freeze in the shadows. A place where there isn’t a single tree. Still, it is one of the most beautiful places in the world.

The notebook at the summit

When Halil learned that there was a notebook at the summit of the mountain, he was very excited. Due to uncertainties over the weather conditions, we were able to go there the next morning. The day would not end for Halil. We would reach the summit of Cilo: we would experience another first in our lives.

As soon as the sun rose, we began climbing. We reached the summit in an hour and forty minutes. It was flat and when you looked south from there, you could see a beautiful green valley.

The first people to sign the notebook in fifteen years

The most interesting thing for us was finding the notebook that had been left behind. We had heard so many things about it. It had been left there by eleven climbers in 1969. Seven of them were international climbers and four were Turkish. After that, many people arriving at the summit added their messages to the notebook. The last note was written by a group of mountaineers on 14 August 1984. 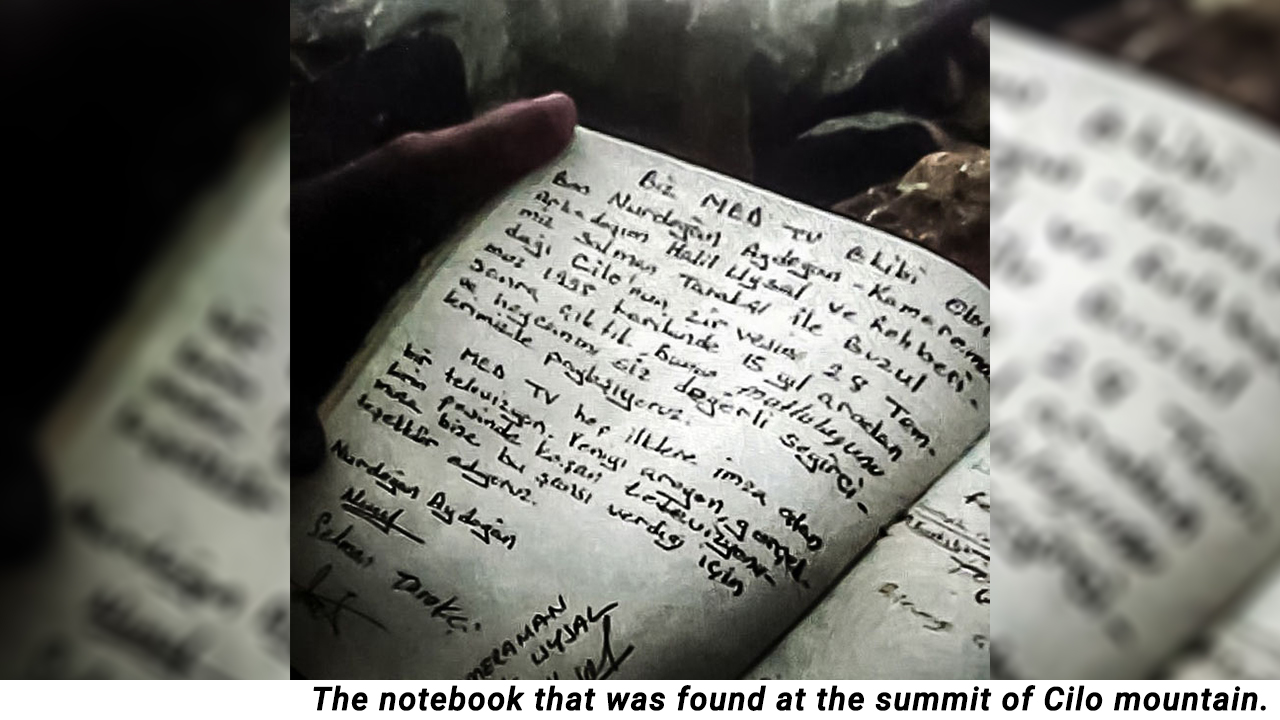 As journalists from MED TV, we were the first people in fifteen years to sign the notebook. Halil’s searches in the mountains always uncovered new things. He showed the face of the guerrilla and the realities of the mountains of Kurdistan.

As part of the MED TV team, I, Nurdoğan Aydoğan, my cameraman friend Halil Uysal and our guide Salman Tarakçı climbed the summit of Buzul Mountain Cilo on 28 July 1995. We shared this precious moment with our audience. MED TV was a satellite television station that broke new grounds. We were gratefdul to our television audience for giving us this chance.

Who is Halil Dağ?

Halil Ibrahim Uysal was a journalist and film maker who mainly focused on reporting on the Kurdish liberation movement. He later changed his surname to Daĝ. He was born in Germany in 1973 and was the son of a Turkish father and Kurdish mother. 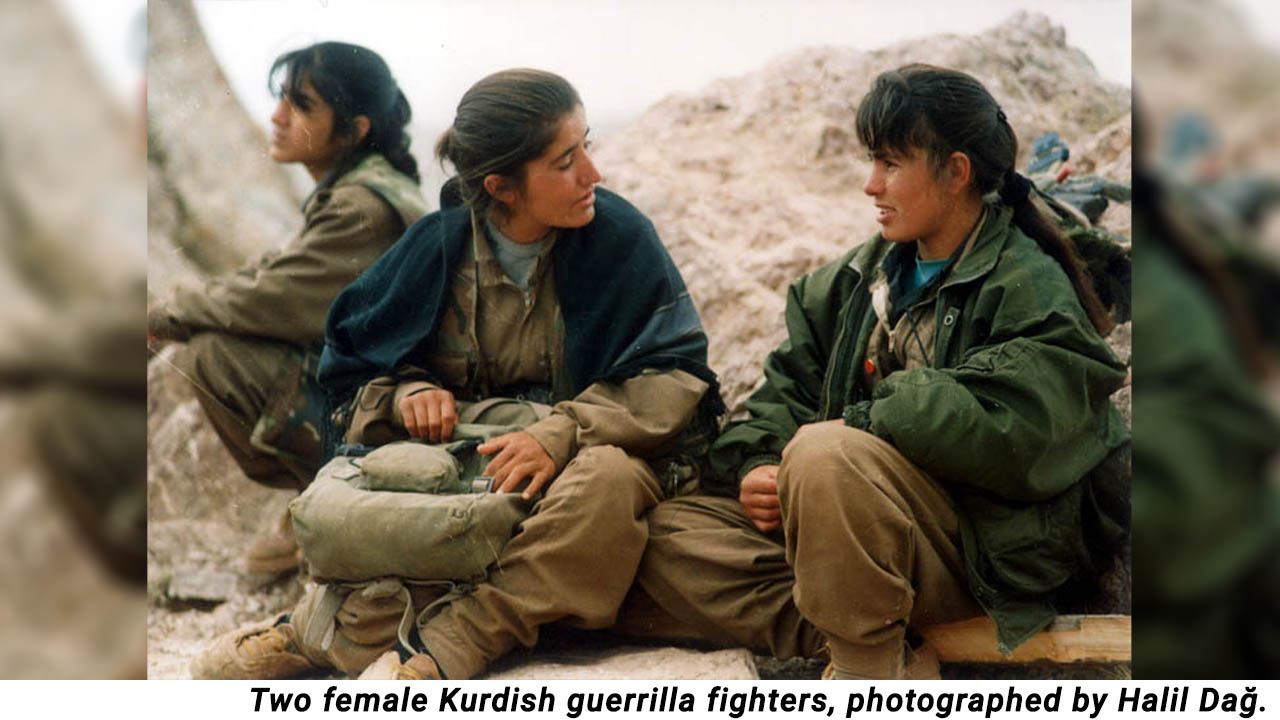 He started taking camera lessons in Germany from a very young age. As he grew up, he became acquainted with the Kurdish freedom movement. He was one of the founders of MED TV, the first Kurdish television station that went on air in 1994.

“On 1 April 1995, I travelled to the Middle East as an assistant to a German cameraman for an interview with Abdullah Ocalan. I got to know the guerrilla fighters in the central party school of the Kurdistan Workers’ Party (PKK) better during the interview. After this interview with Abdullah Ocalan, which is also my first meaningful work, I decided not to return and to continue my life’s journey here. Since then, my life has been unfolding in the mountains of Kurdistan, together with the Kurdish freedom fighters”, he noted. He decided to make films about the life of the guerrillas in the mountains.

In 2006, he produced and shot the 150-minute film “Bêrîtan”, which tells the story of the legendary guerrilla commander Gülnaz Karataş, who survived 25 days in a battle zone in 1992 until she killed herself. She threw herself off a cliff to escape capture by peshmerga forces of the Kurdistan Democratic Party (KDP) that had been collaborating with the Turkish army.

In 2007, Kurdish guerrilla fighter, writer and film-maker Halil Uysal travelled from Southern Kurdistan to Mount Ararat to shoot a new documentary. However, he could not finish it as he lost his life in action against the Turkish army on 1 April 2008.