The remains of Nadire Elma - taken from Garzan Cemetery in Turkey and buried in the sidewalk next to the orphans' cemetery in Kilyos - were delivered to her mother in a plastic storage container. Mother Mecbure Elma found a pair of socks amongst her daughter's bones in this box.

Mecbure Elma, who had been searching for her daughter for years, now hugs her daughter’s pair of socks and longs for her. The mother who retrieved the remains of her daughter from the Kilyos sidewalk, is one of the mothers whose sense of hope has transformed into anger, Özgür Politika reports.

Garzan Cemetery is a small cemetery that has a legal status. During the ‘solution process’ that was taking place between the government and the Kurdistan Workers’ Party (PKK), the cemetery was restored and the guerrillas who lost their lives during the 1990s and during the Kobanê resistance were buried here. After the ‘solution process’ was reportedly halted by Justice and Democratic Party (AKP) Chairman and Turkish President Recep Tayyip Erdoğan, Garzan Cemetery was destroyed on 19 December 2017 and corpses were removed using construction equipment. 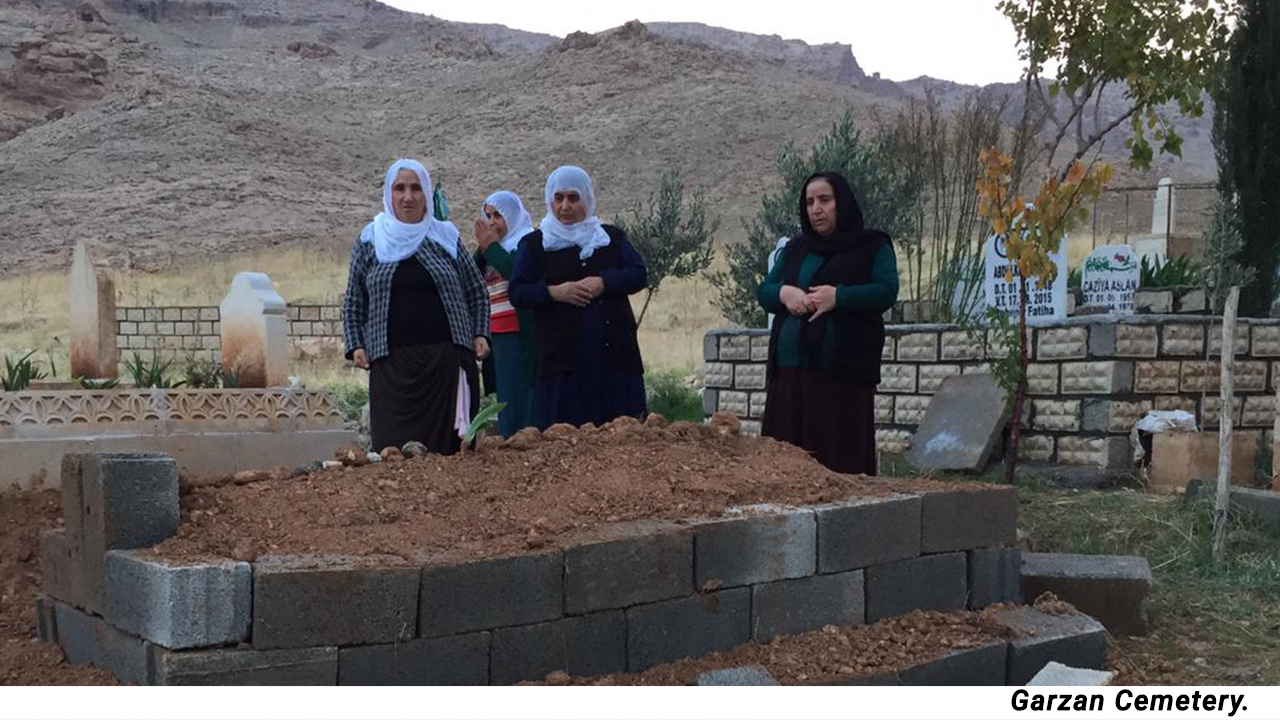 It was not known where the bodies were taken for a long time. It was only relatively recently revealed that 282 bodies that had been taken out of Garzan, as a consequence of the persistent lobbying efforts of the families, were sent to the Istanbul Forensic Medicine Institute (ATK). Later, these bodies were buried in the sidewalk next to the orphans’ cemetery in Kilyos Cemetery. To date, the remains of only 21 bodies have been delivered to their families through the persistent efforts of the families. However, the remains of 261 guerrilla bodies have still not been transferred to their families from the Kilyos sidewalk.

Mecbure Elma’s daughter Nadire Elma (Nalin Mêrdin) joined the PKK in 1992 at a time when state repression against Kurds in Mardin’s Nusaybin district was extreme. After her daughter joined the PKK, Mecbure and her husband Abdulkerim Elma started looking for her.

Despite searching for years, Mecbure never lost hope of finding her daughter until she heard the news of her daughter’s death. In 2009, she learned that Nadire Elma had lost her life in the conflict as she entered Baykan district in Siirt in 1999. Mecbure began the search for her daughter’s grave. After a long time, she discovered that her daughter was buried in Garzan Cemetery in the Oleka Jor district of Bitlis’ city centre.

The family visited Nadire Elma’s grave in Garzan Cemetery in 2015. Her daughter’s grave lay next to her two friends who also lost their lives together in the same conflict. However, on 19 December 2017, Garzan Cemetery was demolished by soldiers and the bodies are taken away. After this date and action, Mecbure’s search for the daughter’s remains recommenced. 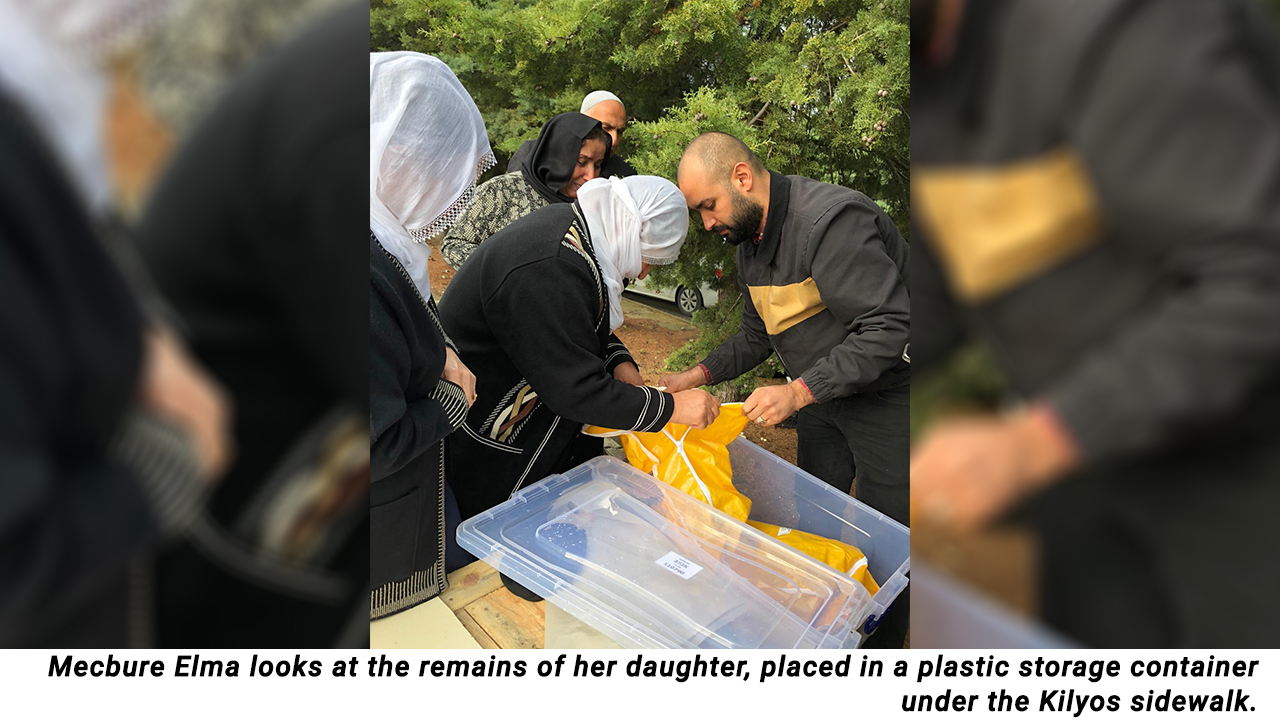 She learned that her daughter’s remains were in Istanbul ATK after a period of two years. With the support of human rights institutions that work to assist in delivering bodies to their families, she provided her DNA sample and waited to hear of any matches. The Kilyos Cemetery informed her on 14 December 2019 that they found a DNA sample match.

Mecbure faced intense disapointment upon discovering that her daughter’s body was buried under a sidewalk instead of in a cemetery. The scene that greeted her horrified her: ”It was the most horrible scene I have ever seen. Our only wish was to have a proper funeral, but the state once again showed us how it was disrespectful to even allow that. Burying a person’s remains under the sidewalk is something that can neither be explained by Islam nor humanity. This is humiliation,” she said.

After campaigning for receipt of her daughter’s remains, they were then delivered in a plastic container. Mecbure described her feelings the moment she saw her daughter’s remains: “Whilst looking at my daughter’s bones, I saw a piece of cloth: her pair of socks and her shoes. I took her socks first and hid them. Later, I could feel that the socks still had my daughter’s scent in them. I can smell ‘her’ as I clutch her socks. I have only her pair of socks and a few pictures left.”

She buried her daughter in Nusaybin. Mecbure Elma said: “My daughter has a grave where I can pray for her now.” She added: “We are Kurdish and this will not change. For this, there must be peace as soon as possible. We want neither the soldier nor the guerrilla to die. We long for all our children. Therefore, this war must come to an end.”