Zübeyde Akmeşe was fined by a German court for the second time for carrying a poster with the image of Abdullah Öcalan.

Zübeyde Akmeşe has been fined 2700 Euros for carrying a poster of Kurdistan Workers’ Party leader Abdullah Öcalan. Akmeşe said, “Öcalan is our red line. I will not take a step back,”  Her lawyer Dirk Asche also reacted to the court decision, saying it is against freedom of expression.

66-year-old Akmeşe had to seek asylum in Germany due to political persecution in Turkey. Standing trial on three seperate cases she is accused of violating the Law of Associations on the grounds that she’d demanded freedom for Öcalan and carried Öcalan’s poster on a rally in Germany. 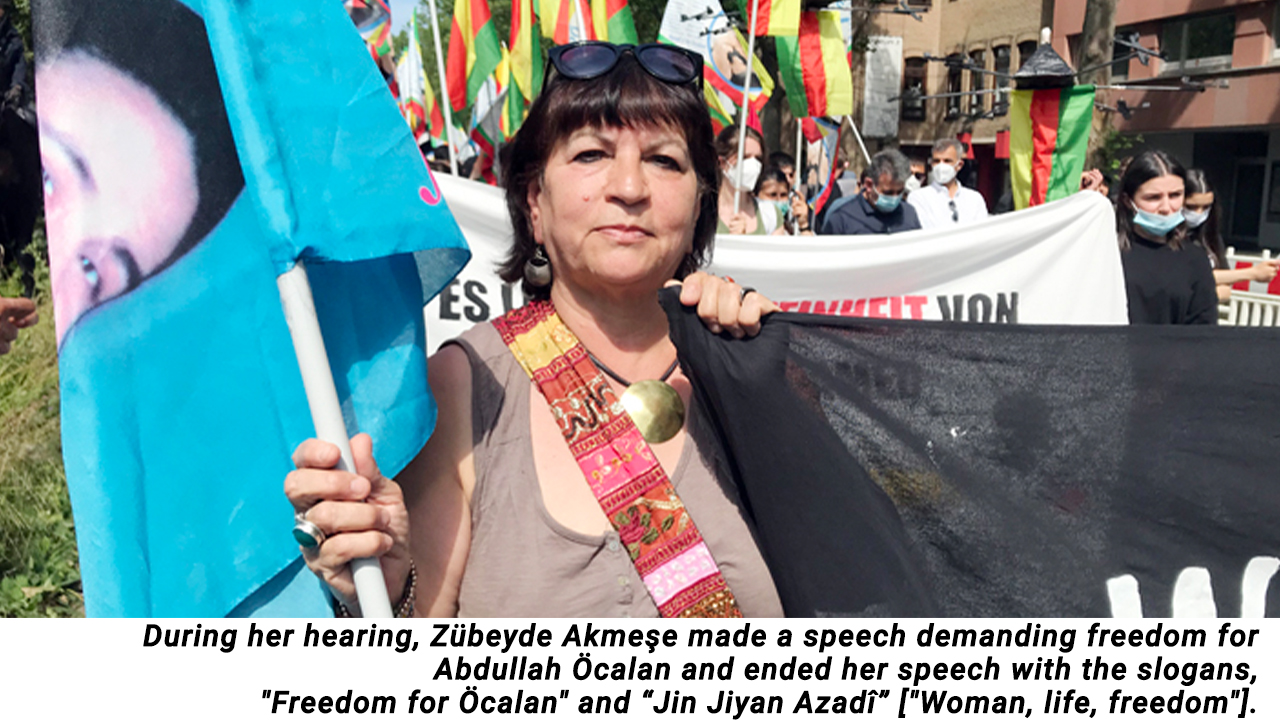 She had also been sentenced to pay 3400 Euros before in a similar case in 2019. The cases are linked to incidents including a demonstration against the Munich Security Conference on February 15 2020, the freedom rally for Öcalan on March 10 2021, and a protest against the Turkish invasion of Southern Kurdistan on June 20 2021.

Members of the “Rote Hilfe (Red Aid) for solidarity with prisoners in Germany” and Akmeşe’s friends were present at the trial. While the court fined Akmeşe 2700 Euros on the grounds that she was “connected to” Kurdistan Workers Party, PKK, in one incident, she was acquitted in another incident.

Speaking to Yeni Özgür Politika after the trial, Akmeşe reacted to the sentence and said, “Öcalan is the red line of the Kurdish people. I said it in the court as well. I repeat my demand for the freedom for Abdullah Öcalan; Isolation is a crime against humanity.”

Akmeşe also made a statement to the court. “‘The isolation imposed on Abdullah Öcalan, who has been in İmralı Prison for 22 years, continues. Even though Öcalan was allowed to meet with his lawyer and family for some periods after protests, the isolation conditions on Imrali never ended” she said. Stating that the isolation imposed on Öcalan affects the entire society, she added: “Today, people can not express their political demands, including me. On the other hand, there is a fight for Öcalan’s freedom all around the world today.” 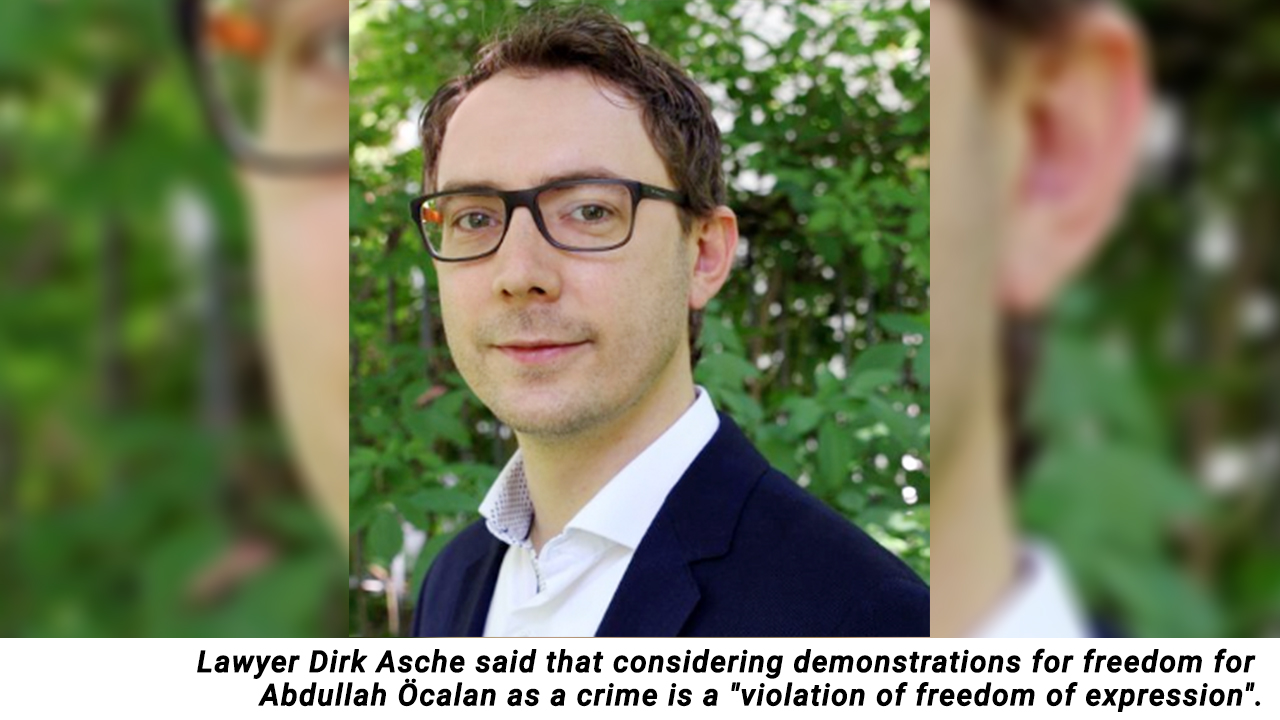 Lawyer Dirk Asche criticised the court’s ruling and indicated that protesting against Öcalan’s imprisonment and isolation could not be considered a crime. “This is against freedom of expression” he said.