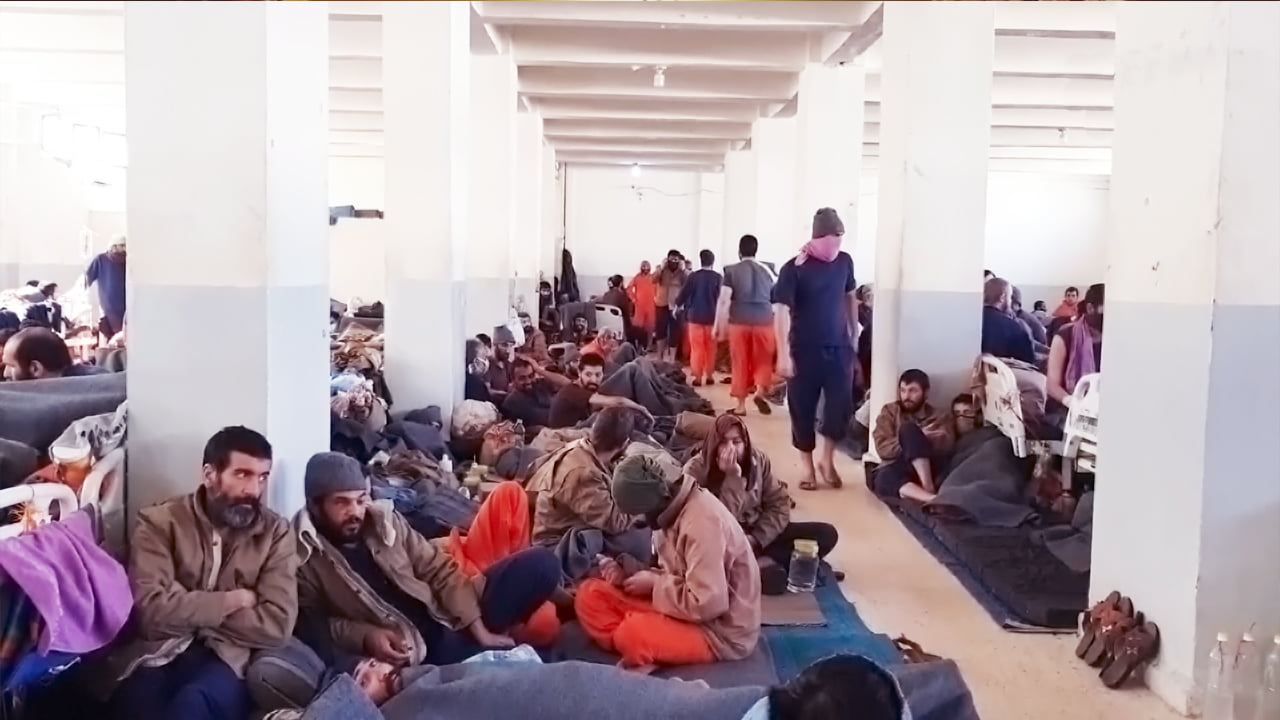 There are about seven different locations in Northeast Syria that ISIS prisoners are kept in. Women and children have been staying at camps in al-Hol and Roj. Men are imprisoned in various camps and prisons. In northeast Syria, according to the Kurdish-led Syrian Democratic Forces (SDF), about 12,000 men and boys suspected of ISIS affiliation are being held, including 2,000 to 4,000 foreigners from almost 50 different countries. Of the 12,000, 1,800 are estimated to come from Iraq whilst 8,000 come from Syria.

SDF also holds about 100,000 Syrian and foreign women and children who are family members of ISIS suspects – some of them perhaps ISIS members themselves – in camps. The biggest of these camps is the al-Hol camp which is home to around 80,000 people. Precise figures are difficult to come by, but al-Hol is estimated to be the largest camp where approximately 30,000 people are Iraqi and 11,200 are foreigners (who represent 54 different nationalities). At Roj, near the town of Qamishli, the camp figure is 1,700, of whom 1,200 are foreigners. Ain Issa, 45 km north of Raqqa, is home to another 12,900 people, including 950 non-Syrians. 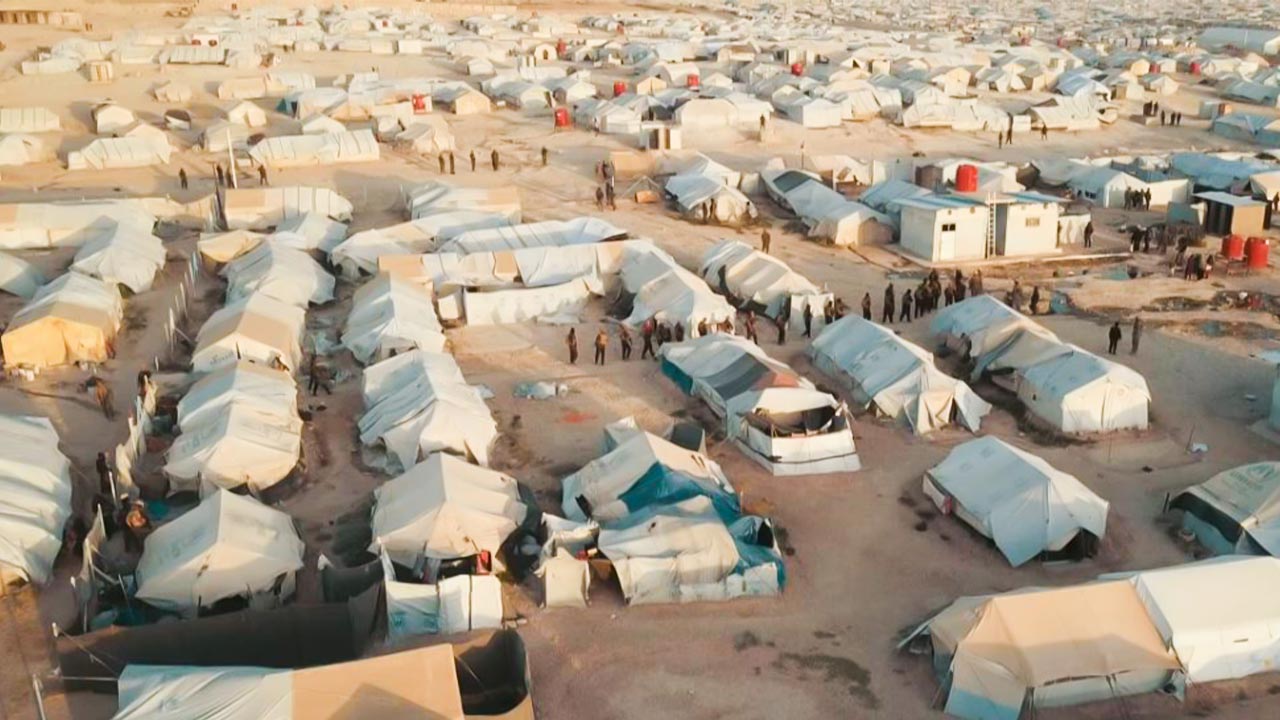 The biggest problem faced in these camps is overcrowding. The United Nations (UN) counter-terrorism office has announced that it has received information that 700 people died recently in two camps in northeast Syria.

The Kurdish Red Crescent announced in January 2020 that 511 people died in the largest camp, al-Hol, in 2019. The reason for these deaths is the poor condition of the camps. Besides overcrowding concerns in the detention camps where ISIS members and their families live, there is also a lack of food and other facilities for the prisoners.

The Kurdish-led Autonomous Administration controlling northern Syria has stated that it lacks the resources to detain the prisoners appropriately. It has been calling on the governments of countries to take prisoners belonging to their nationality back home for investigation and potential prosecution. However, most countries have failed to do so. Consequently, all the responsibility has been left with the Autonomous Administration.

Although the Kurdish-led coalition has repeatedly appealed to countries to repatriate their nationals, most countries have refused to act. Kurdish authorities have called for an international tribunal to bring ISIS suspects into its custody. This proposal was never been taken seriously by the international community. Most countries have merely made symbolic gestures by agreeing to accept a few orphan children from the camps back to their home countries.

Western governments claim that they are mindful of the potential security risks associated with repatriating ISIS suspects and their family members. However, many countries, particularly in Central Asia, have repatriated their nationals from northeast Syria and Iraq. For instance, Kazakhstan alone has airlifted 524 citizens from northeast Syria, most of them children but also men and women.

In October 2019, at least 750 people with suspected links to the Islamic State fled the Ain Issa camp in north-east Syria after a Turkish offensive against Kurdish forces in the area. This escape heightened fears that this could lead to ISIS regaining its strength amidst the chaos. This risk – the Autonomous Administration has repeatedly warned Western governments – is ever present if countries do not act responsibly and repatriate their prisoners. 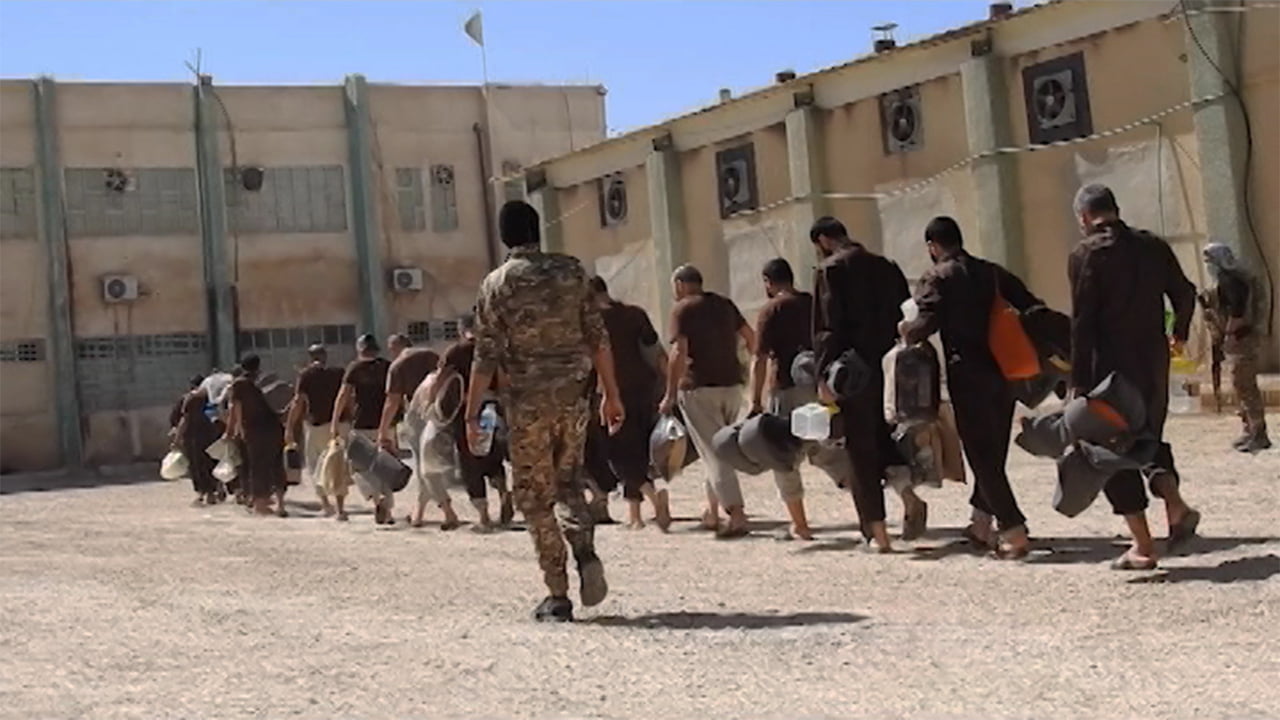 There have been riots by ISIS prisoners in protest at the prison conditions they are forced to live in. On 9 September 2020, for example, the Syrian Observatory of Human Rights (SOHR) reported a riot by ISIS prisoners in Ghuwayran prison in Al-Hasakah. The prisoners destroyed cell walls and reached the prison’s courtyard. They demanded that their relatives be allowed to visit them and called for fair trials. Meanwhile, the SDF and Asayish Forces cordoned off the area around the prison whilst helicopters from the International Coalition secured the area. SDF’s security forces also arrested several prisoners who were digging tunnels in an attempt to break out of prison.

On 10 October, the President of the Executive Committee of the Syrian Democratic Council Elham Ahmad announced that 25,000 Syrian nationals would be released from al-Hol Camp in a general amnesty. The reason for that was to relieve pressure on the camp and meet the demands of local Arab communities. This has raised the question about the situation of ISIS prisoners that are still living in the camp.

Ahmad sought to clarify that: “Those not to be released include those guilty of espionage and treason; honour killings; drug trafficking; commanders in terror organizations such as ISIS and terrorists who are guilty of violent crimes. However, low-ranking members will be released if they can provide a guarantor”.

It was clarified that the amnesty does not apply to ISIS militants who have been involved in violent crimes. The situation of overcrowding in prisons still remains a major problem for the Autonomous Administration and the global community and leading governments need to take responsibility for this situation and act to address these concerns.